At TechCrunch Disrupt SF this year, famed iPhone and PlayStation hacker George Hotz unveiled the first official product of his automotive AI startup, Comma.ai. The Comma One is a $999 add-on shipping before the end of the year, with a $24 monthly subscription for its software, which Hotz says will be able to drive your car from Mountain View to San Francisco without requiring a driver to touch the wheel, the brake or the gas.

This isn’t a kit that makes your car into a fully self-driving vehicle, Hotz is quick to note, but it is a system that can provide powers equivalent to Tesla’s Autopilot, without requiring that you buy a whole new car. “It’s Mountain View to San Francisco without touching the wheel,” Hotz said. At launch, Comma One will support a small group of specific vehicles, but over time the startup hopes to add compatibility with more models.

Hotz contends that Comma’s key ingredient is “shippability,” a key ingredient he says other companies lack. Automakers and other startups are fond of announcing self-driving car projects (another was announced earlier today, in fact), but Hotz points out that many of these companies don’t even have hardware, let alone products they can sell to consumers.

“It is fully functional. It’s about on par with Tesla Autopilot,” Hotz said. It doesn’t have a lot of sensors as the Comma One relies on built-in car front radars and comes with a camera. “The key sensors that we’re getting back is the cam. We’re actually getting back the video, even Tesla isn’t doing that.” Hotz said. “We have all the video data.

The exceptions almost start and end with Tesla, he notes. The company’s Autopilot system is in active use, and in fact just got an update this past weekend that should vastly improve its performance and decrease the possibility that the car doesn’t brake when it should. “If they are the iOS of self-driving cars, we want to be Android,” Hotz said.

Hotz also spent some time talking about Tesla’s fatal crash. “40,000 people die a year from not paying attention. It isn’t like it is a special case ‘a self-driving car killed him’, it was the case of a driver not paying attention,” Hotz said. “It did unfortunately happen with Tesla. And I think Tesla’s response was very appropriate.” 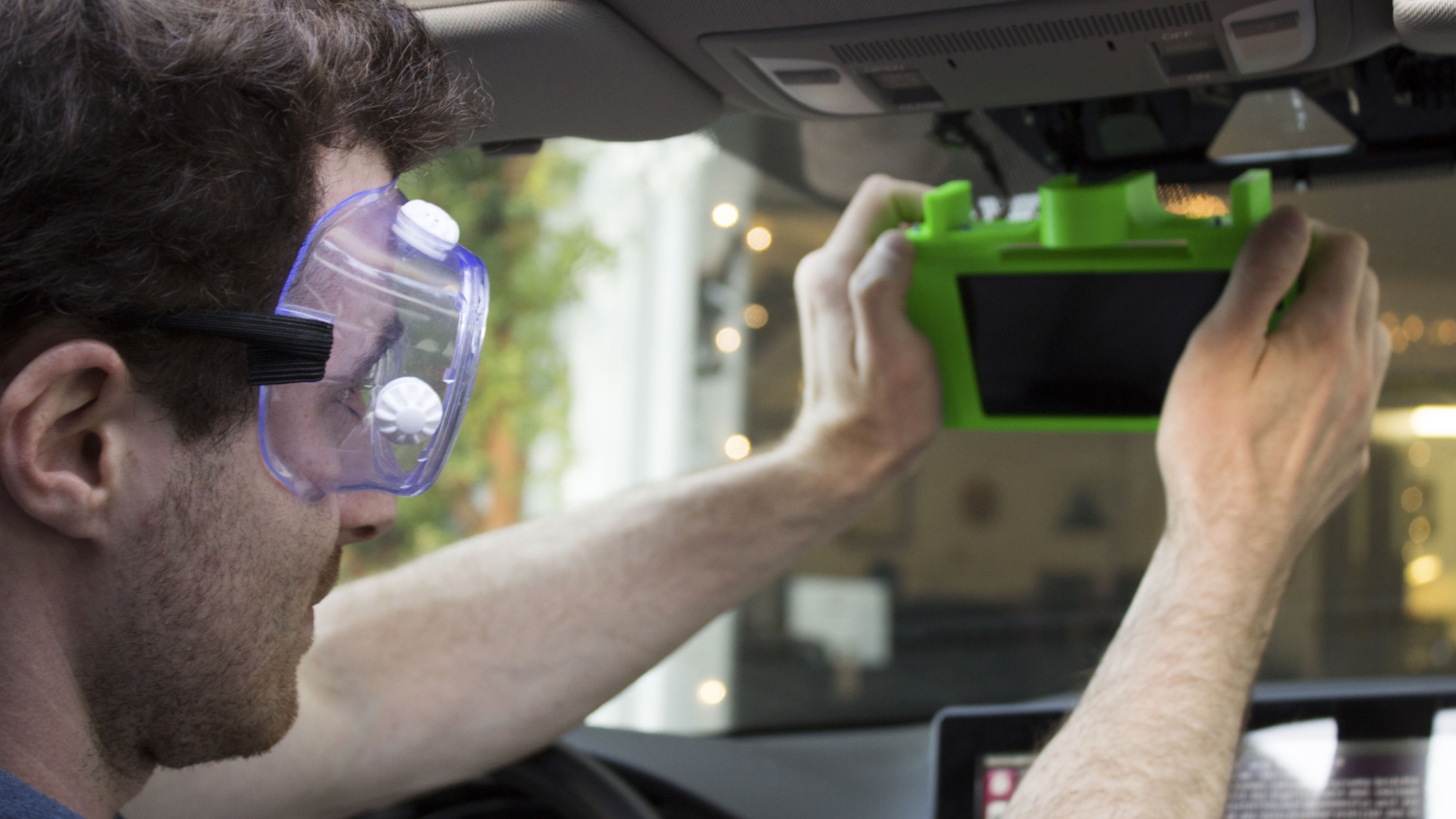 Hotz’s system stemmed from critiques of offerings used by many major automakers, like the ones from Mobileye, and the intent of the Comma One is to provide features that automate highway driving to an even greater extent than existing adaptive cruise control and lane assist tech. “If you’re looking to Mobileye to build the software of the future — don’t,” he said during the interview.

The $999 price point is designed to be affordable, and is possible because of the components Comma uses in its product, which tend to be inexpensive off-the-shelf electronics. “We’re going to try our best to ship it before the end of the year. Again, in very limited quantity,” Hotz said. More info about its release and availability will be revealed soon.