A San Diego startup called Portfolium has raised $6.6 million to help college students get jobs where they are likely to succeed.

Portfolium CEO Adam Markowitz said he was inspired to build what he calls the “largest student talent showcase,” after his own job-hunting success. A former rocket scientist, he was able to land a dream job working on NASA’s space shuttle program after coming to a job interview armed with a solid portfolio.

“This is the most-educated but most under-employed generation in a long time. And that’s a problem,” Markowitz said.

Unemployment and underemployment rates are hovering around 5.6% and 12.6% for the class of 2016, according to estimates reported by the Economic Policy Institute. And unemployment rates are substantially higher among young black and Hispanic graduates as compared to white non-Hispanic peers.

Unlike LinkedIn, About.me or traditional resumes created for print formats, Portfolium asks students to upload samples of their work to prove they have the skills and experience they say they have.

The work samples could range from a writing assignment, to a video, app, or 3-D model an engineer or industrial designer may have created.

To guard against plagiarism, Portfolium parses work samples, and has integrated with university systems, allowing faculty to both assign and assess work samples through the site.

Founded in 2014, Markowitz said Portfolium has partnered with about 200 universities and colleges to-date, and has 3.75 million students under contract. 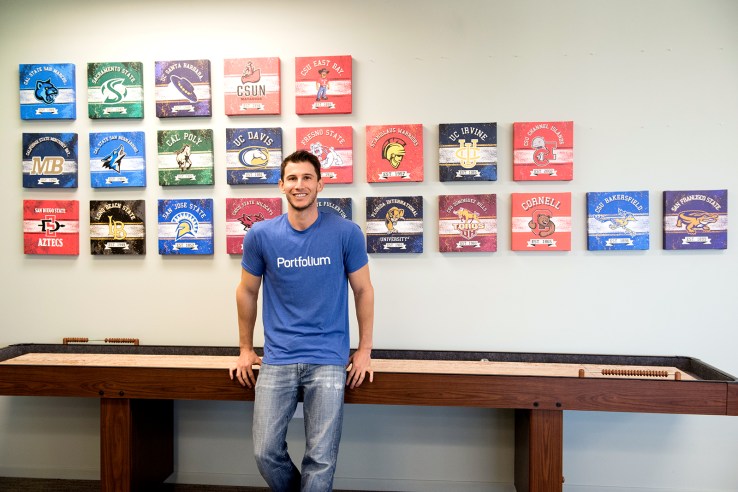 “Work samples are the number one indicator of future job performance,” Markowitz said, “And they don’t look uniform and dull like a pile of resumes can to a recruiter.”

SJF Ventures led the investment in Portfolium joined by University Ventures, and USA Funds, a large guarantor of student loans.

University Ventures’ Managing Director Ryan Craig said his firm backed Portfolium, in part, because of its rapid uptake within the university market.

“Universities increasingly understand that employability is the primary motivation and concern for new and current students. Higher education can no longer be simply about preparing students for their fifth job; since the recession, we know that if students don’t get a great first job, they’re unlikely to get a great fifth job,” he said.

The investor wants to see Portfolium use the funding for hiring and to develop some new features and services.

One he expects to see within a couple of years from Portfolium is a service that allows employers to connect with students in their early college years to suggest coursework or to offer virtual internships to those who have key competencies the company seeks in an employee.