U.S. companies have a massively greater appetite for startups than their European counterparts.

Over the past five years, U.S. companies have purchased about four times as many startups as European acquirers, according to a new report from CrunchBase and entrepreneurship foundation Mind the Bridge.

The study looked at about 6,000 acquisitions by European and U.S. companies since 2012 and found that U.S. acquirers completed 82 percent of the deals. U.S.-based companies also accounted for all of the 15 most active acquirers. 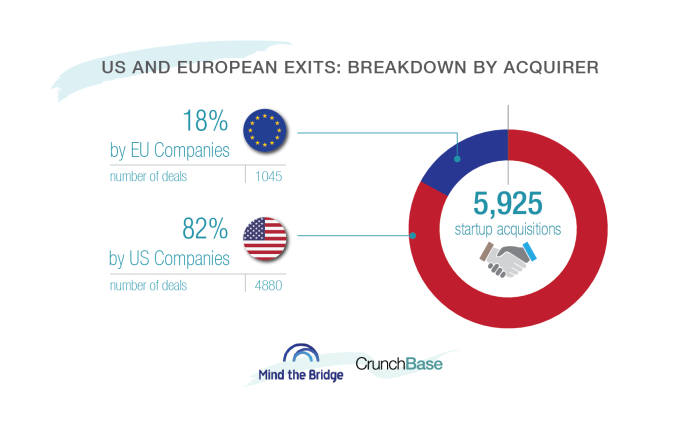 Here are some more of the findings:

The full report “Startup Transatlantic M&As. US vs EU” will be presented at the European Innovation Day conference on September 12th in Mountain View, Calif.