A day after IFA and Labor Day and mere hours before Apple takes the stage in the same city — LG really doesn’t have a knack for timing. It’s unfortunate to say the least. Here in the States, the company has been hovering around third place in smartphone market share. Globally, that number is a few spots lower, as companies like Huawei and Xiaomi have risen in the ranks.

And the G5, for all of its modular bluster, failed to set the world ablaze, owing in no small part to a component ecosystem that has yet to get off the ground. All of which is to say that the V20, announced today during an evening press conference, is a key device for the company. Not make or break, perhaps, but really, really important.

It’s not like the company has made a conscious effort to bury the thing, of course. LG’s been taking the opposite of Apple’s approach, gleefully letting little bits of info about the product slip here and there, most notably early last month, when it revealed that its new flagship will be the first to sport Nougat – no small honor in the dog eat dog world of Android handsets. 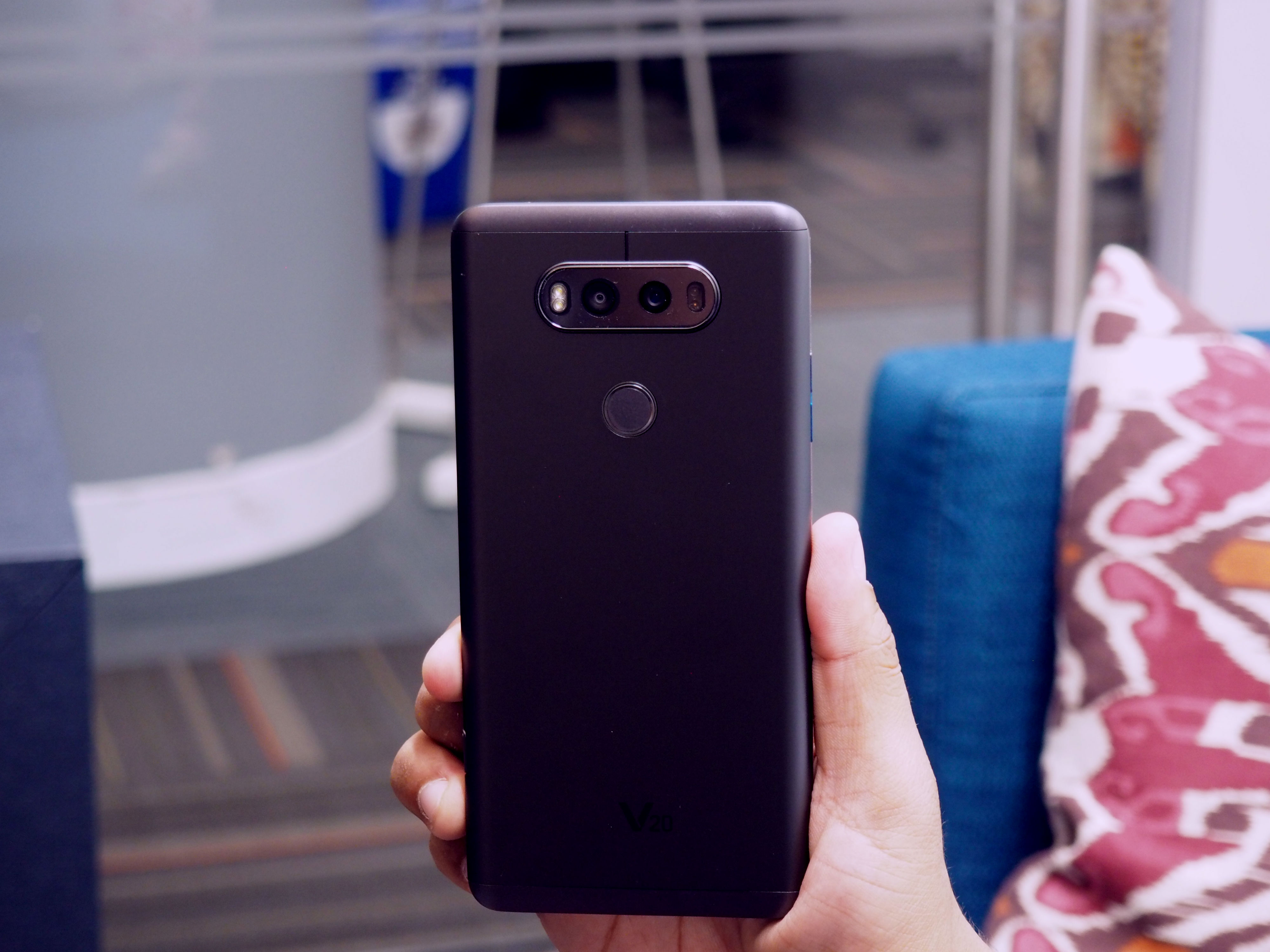 As if there were any doubt, the new handset eschews the G5’s modularity, instead fully committing to its role as the successor to last year’s well-received V10. That bit aside, the premium device is LG’s kitchen sink phone, not unlike Samsung’s Note. The upgrades don’t present a unified force so much as the company’s desire to be everything to everyone – an admirable goal, but a tough one to land well.

It’s got a premium look and feel, with a body built from both aluminum and the aluminum alloy AL6013, a material that incorporates silicon and is used to build airplanes and the like – so it should be good enough to protect the rear of your handset. Though, for good measure, there’s also Silicone Polycarbonate on the top and bottom to lend some durability to the product. In fact, the handset is rugged enough to earn it a military rating of MIL-STD 810G. 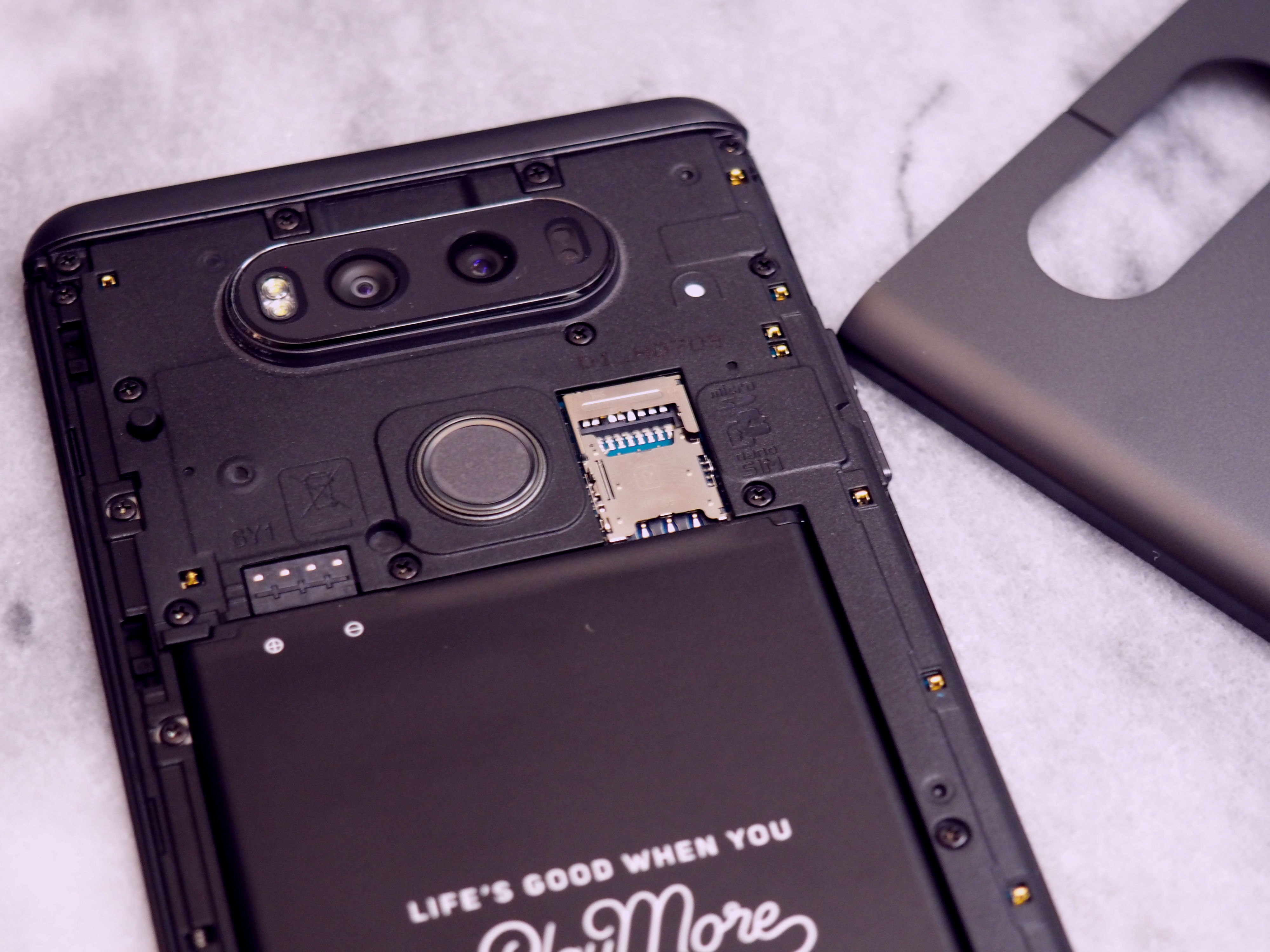 And about the back – once again the company has made it removable, which means the battery is swappable. The once standard element of phones is now rare enough to qualify as a feature, but hey, it’s a good one. Not that you’ll need it all that often, as the on-board battery is a healthy 3200mAh. All the while, the company has managed to keep the handset a reasonably thin 7.6mm (down from 8.6mm)

The 5.7-inch display clocks in at a 2560 x 1440 resolution, which works out to 513ppi. And, naturally, the company has opted to keep around the V10’s standout feature, the Second Screen, which offers a more functional version of what the Galaxy Edge has, albeit up top, rather than on the sides. The screen, which takes advantage of some Nougat enhancements, has been improved, with increased brightness, bigger fonts and expandable notifications. That one features a 160 x 1040 resolution at 513ppi.

Video and audio both front and center on the new handset. The V20 features improved electronic image stabilization, paired with dual-cameras on both the front and rear, offering standard and wide range shots (120 and 135-degrees, respectively). The two-camera system is particularly pronounced on the back, where both are visible, lined up side by side. Audio recording has been improved all around, as well, with the phone now grabbing HD Audio through a trio of mics, while B&O helped pitch in to improve playback, a feature often overlooked on even the most high-end handsets. 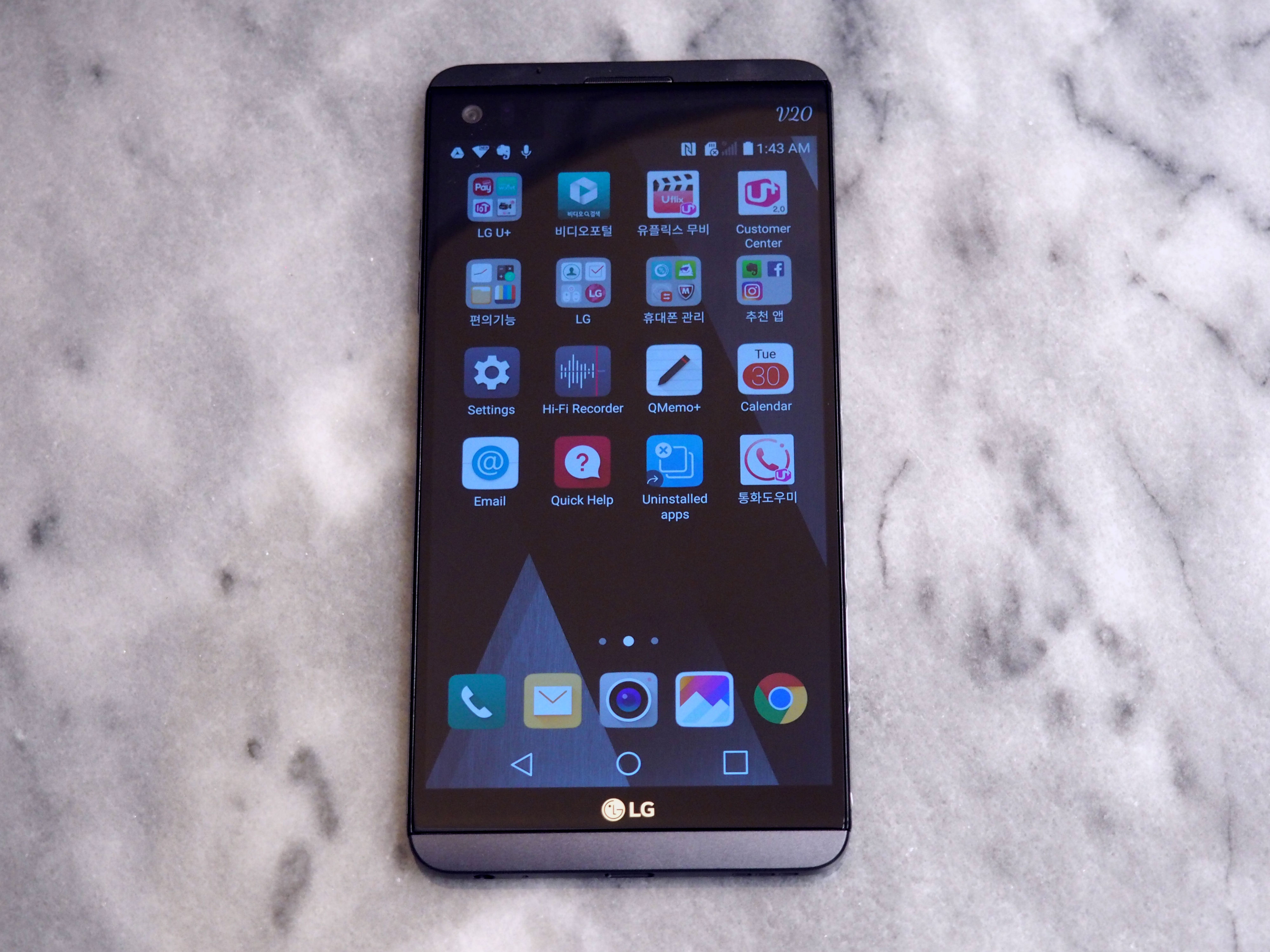 The V20 runs on a Snapdragon 820 with 4GB of RAM and features a standard 64GB of storage, which can be augmented via a microSD slot. There’s a USB-C port on the bottom and, yes, even a headphone jack.

The phone launches in its native South Korea this month, with more availability info coming soon. Pricing should be comparable to the V10.