If nothing else, Lenovo has certainly demonstrated that it’s not afraid to experiment with form factor. The company’s Yoga line has offered some of the most interesting takes we’ve seen on the tablet space. They have been met with a varying degree of success, sure, but the company always seems game to try something a little different.

The Yoga Book certainly offers one of the more fascinating departures from the company. Its closest precedent is probably Wacom’s Bambo Spark offers, which are an attempt to bridge real world note taking and the posterity of digital. Really, though, the book is a dual-surface tablet.

One one side is a 10.1-inch FHD touchscreen display. The other panel doubles as both a touch-based keyboard (which illuminates when in use) and a digitizing writing surface. Users can place a pad of paper on top of the surface and draw/write. The system will save the scribblings for posterity. 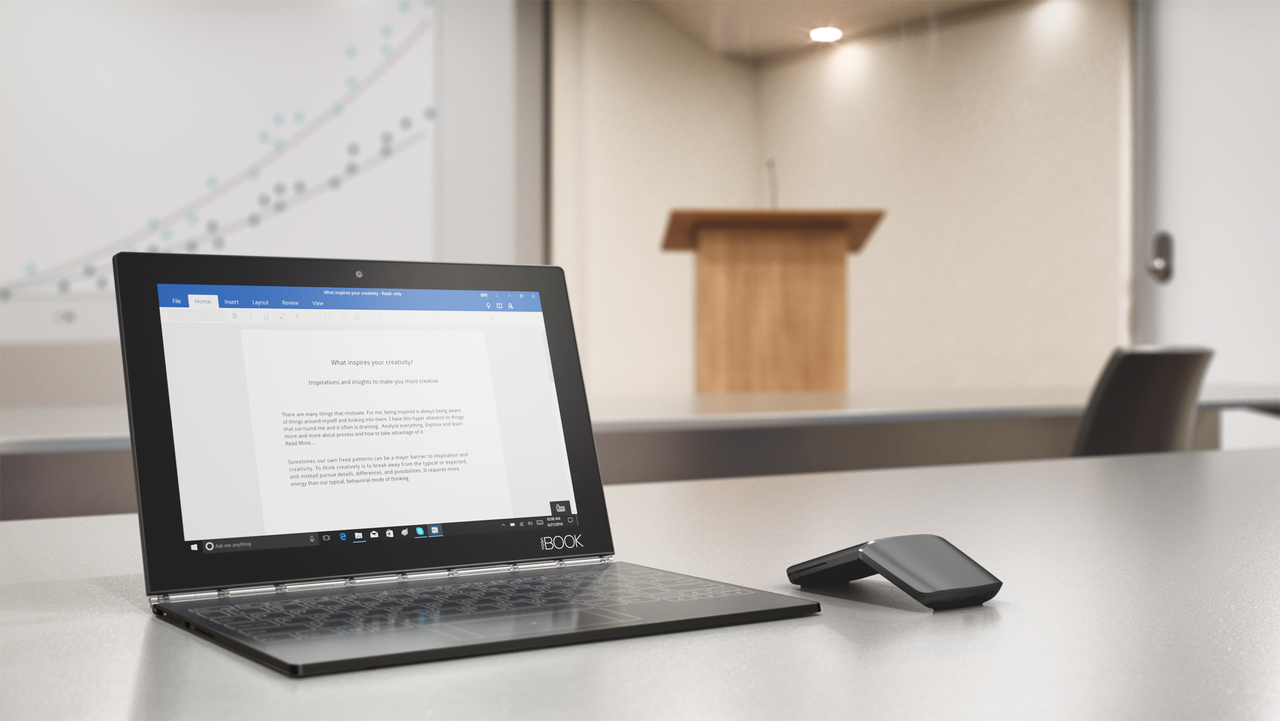 The company says the device is targeted primarily toward college students – users under a certain age who both take a lot of notes and grown up with touchscreen typing, with a little haptic feedback added in to enhance the effect. The move toward a touchscreen adds the benefit of adaptive typing that will learn as you go – if you, say, constantly miss the space bar by a few fractions of an inch as you type. It also allows the company to incorporate predictive text like a mobile device. 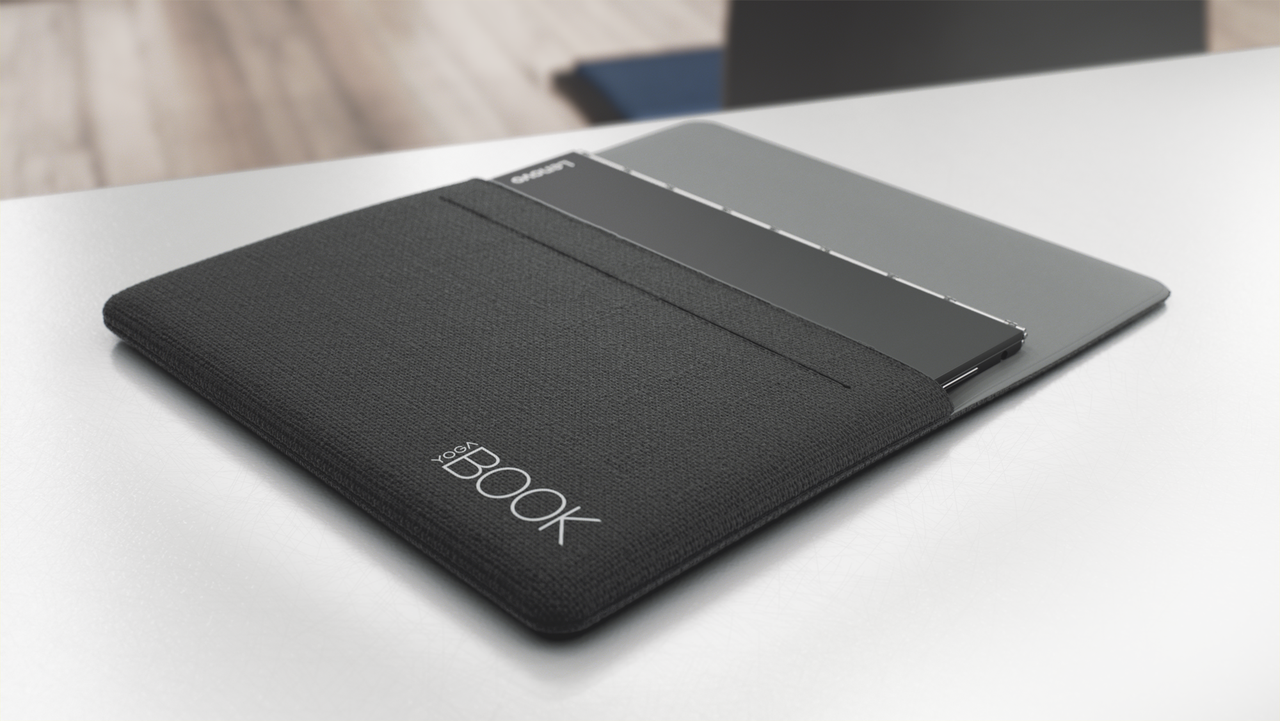 The device will come in both Android and Windows varieties. The former runs $499, while the Microsoft version is expected to run slightly higher. It’s certainly an innovative take on the well-trod Surface/iPod Pro world of productive tablets, as well as an interesting attempt to bridge the pen and paper with digital.