FOX Sports GO has now arrived on Apple TV, allowing viewers to watch up to four games at the same time, thanks to an innovative split-screen interface that lets you arrange video feeds side-by-side, picture-in-picture style, or in a mosaic pattern. With the app, you’ll be able to stream from channels including Fox Sports 1, Fox Sports 2, Fox Soccer Plus, Fox Deportes, and Fox College Sports, as well as select regional events based on your location.

In addition to the viewer’s location, access to content will also depend on their cable or satellite pay TV subscription, which is required for authentication purposes. However, if you’ve cut the cord and now subscribe to a streaming TV service like Dish’s Sling TV or PlayStation Vue, you can sign in using those credentials, which is handy. 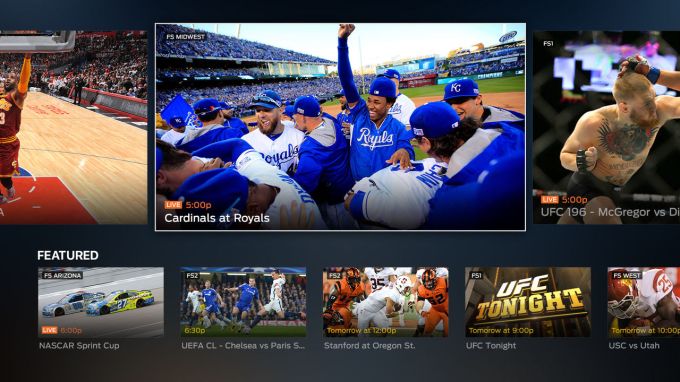 While the company has previously offered an iOS application, its Apple TV debut brings a few new features, in addition to the multi-screen viewing. For example, the app will also offer a 60 frames-per-second streaming rate, which allows viewers to “follow fast action on the field more closely,” says FOX. 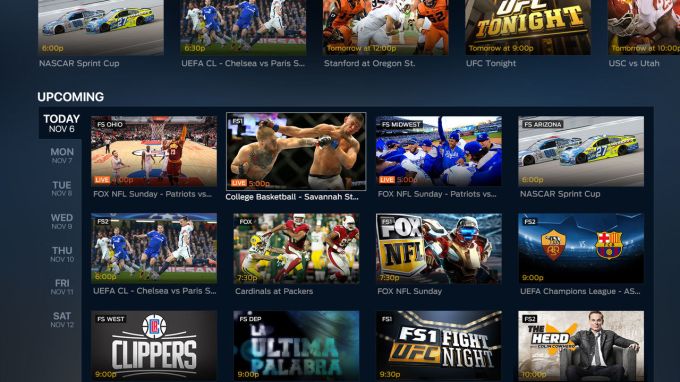 However, it’s the split-screen viewing that will be the big draw here – something that the network says the fans have demanded.

The company’s tvOS app was first previewed at Apple’s WWDC event earlier this year, as one of the forthcoming applications that would make its Apple TV platform more of an alternative to watching traditional television. The app is currently an exclusive to Apple TV, though the network plans to bring it to other streaming boxes in the future.

While Apple’s own streaming TV ambitions have faltered and stalled for the time being, it has been working to improve its platform in order to make it easier for Apple TV owners to access network TV apps. A newer feature introduced at WWDC is “Single Sign-On,” which allows Apple TV users to set up their pay TV credentials once, then gain access to all apps that require authenticated access.

The FOX Sports GO is available to over 95 million U.S. pay TV subscribers, and is a free download on the Apple TV App Store.