Most of the companies raising funding in the VR space right now are focused on entertaining potential consumers. Perhaps getting less attention are the companies jockeying to provide cool solutions for the enterprise.

InsiteVR just raised a $1.5 million seed round to tap into the architecture and construction markets and make early visions of projects more accessible to these industries’ clients through VR. Investors in this round include Y Combinator, CyberAgent Ventures, GREE VR Fund, Tracy Young and Ralph Gootee of PlanGrid, Greg Castle and Rothenberg Ventures.

Whenever the topic of non-entertainment use cases for virtual reality is brought up, it doesn’t take long for the practice of virtual walk-throughs to be brought up. There are plenty of existing startups tackling this issue when it comes to real estate, but said construction and architecture industries aren’t being catered to as directly when it comes to integrating virtual reality software into their workflows and presentations. 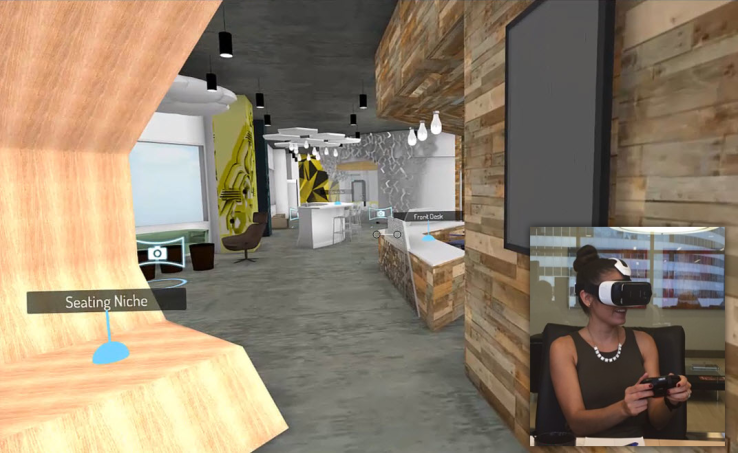 InsiteVR allows architects to better communicate with clients by giving them the opportunity to dive into CAD files with clients and scope out spaces in a more lifelike manner. Customers of InsiteVR can upload their models to the service and view them on Gear VR, Oculus Rift or HTC Vive virtual reality headsets. InsiteVR relies on “asymmetrical VR presentations” to allow multiple VR users to explore content together and collaborate while a desktop user directs them through various environments.

The company began from a winning hack at the 2014 TechCrunch Disrupt Hackathon. From there, founder Angel Say took Vrban and met up with his college roommate Russell Varriale and the two got to work. The co-founders took the new company, InsiteVR, through YC’s winter 2015 accelerator program. Fast-forward a year-and-a-half and the VR software has been used to host more than 4,000 projects with around 2,500 architectural models being processed for VR through the software. Notable projects that have used InsiteVR’s modeling viewer include Unity’s SF Headquarters, Microsoft’s Raleigh Office and the Philadelphia 30th St. Station redesign.

This space is sure to grow more crowded in the coming months, but Say and Varriale believe that their attention to customers’ needs in the specific industries they’re focusing on now is allowing them to build a product that is a more appropriate fit for their customers than other available products.