Dyson’s 360 Eye robot vacuum has been a long time coming to U.S. carpets. The squat little cylinder of a bot first broke cover in September 2014, with a splashy product announcement and a consumer launch in Japan in 2015. North American homes are only just getting their first taste of Dyson’s inaugural foray into robotics, however, and my own has been playing host to one for the past couple of weeks.

The Dyson 360 Eye is unsurprisingly a terrific vacuum, but it does have room for improvement for a robot – which isn’t saying anything new for the category. The bottom line is that Dyson’s robot already delivers a better, more reliable clean than the Roomba 595 Pet Vacuum robot I was using previously, and thanks to a commitment by Dyson to continuous improvement, should only get even better over time. 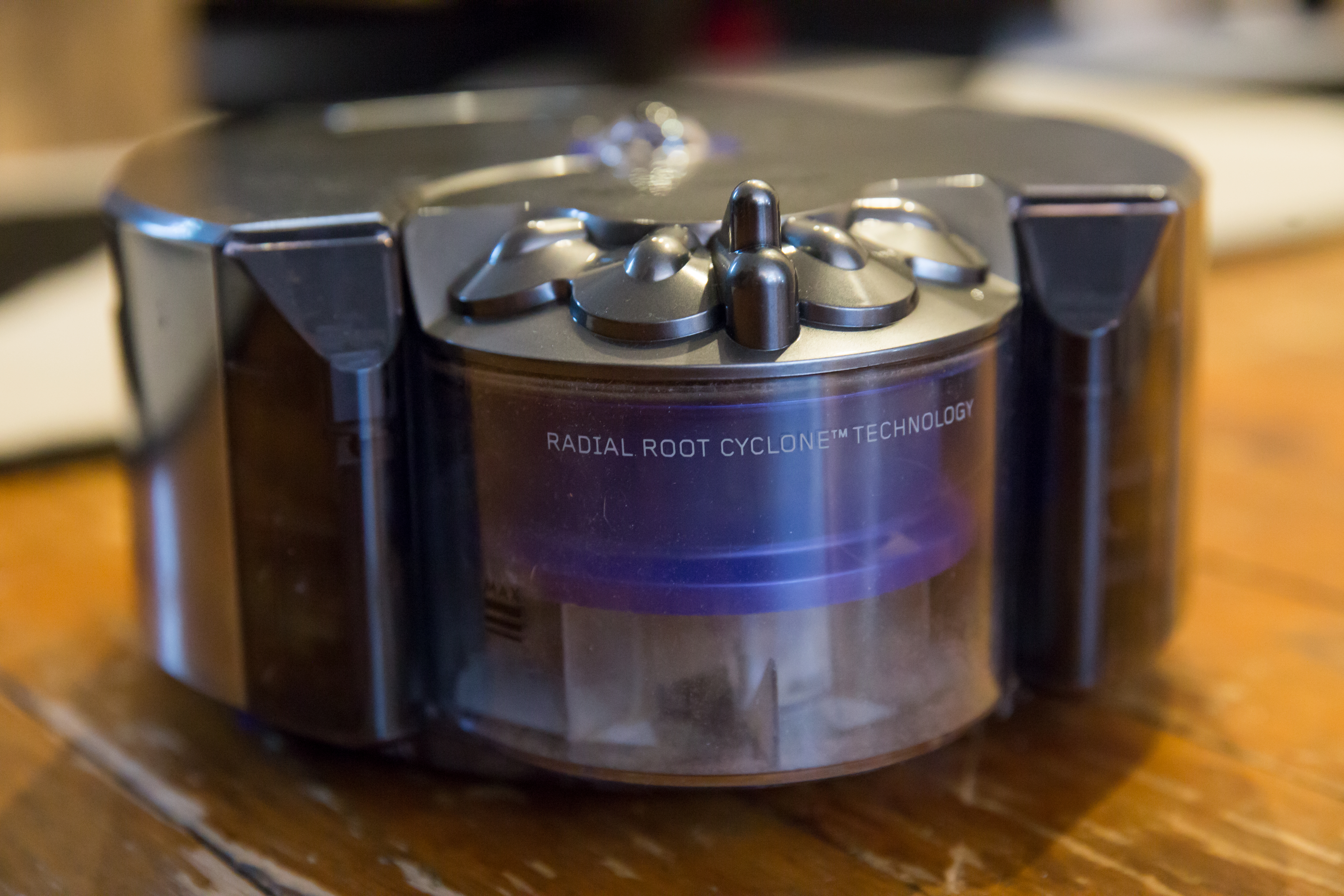 Dyson makes a big deal about its engineering efforts, but its external industrial design is also a key ingredient in the appeal of its products. The 360 Eye is no exception, and its purples, blues and glossy grays make a bold visual statement, which is actually additive to your home decor. It looks sleek and modern, and draw attention – a stark contrast to iRobot and others, who seem to have designed their bots as broad flat pucks that try (but ultimately fail) to blend in with their surroundings and disappear.

The 360 Eye design is functional, too; the clear dust tray shows you at a glance when the bot is full and needs emptying, and the ‘eye’ resides up high, giving it the best possible view of its surroundings for mapping efforts. Placement of the cleaning brush is also a key part of the design, since it allows for a full width component, where most robot vacuums use smaller brush bars that mean the bot needs to make more passes to finish the job.

Dyson’s design choices have downsides, too; the height of the machine means that it can’t squeeze under couches or low tables to clean those hard-to-reach areas. Roomba’s devices are much shorter, but wider, allowing them to sneak under furniture much more easily. The fix is that you’ll have to move your furniture out-of-the-way once in a while, which ultimately isn’t that bad of a workaround given 360 Eye’s other advantages.

What works – and what doesn’t

The Dyson 360 Eye managed to deliver a better overall clean than my Roomba, which is no small feat because I have a very orange dog which sheds a lot. Pet hair, in volume, is a terrific vacuum challenge, and even though my Roomba has pet in the product name, the 360 Eye beats it hands-down when it comes to dog dander.

Dyson’s robot is also smarter in many ways. The gap sensors that prevent it from taking a tumble down stairs work well, but unlike my Roomba, it doesn’t think the black portions of my area rug are pits into which it might tumble. With the Roomba, I was able to work around the issue by taping pieces of paper over the gap sensors and walling off the open stairwell to the basement with one of its virtual wall emitters. With the Dyson, no such DIY home hacks are required. 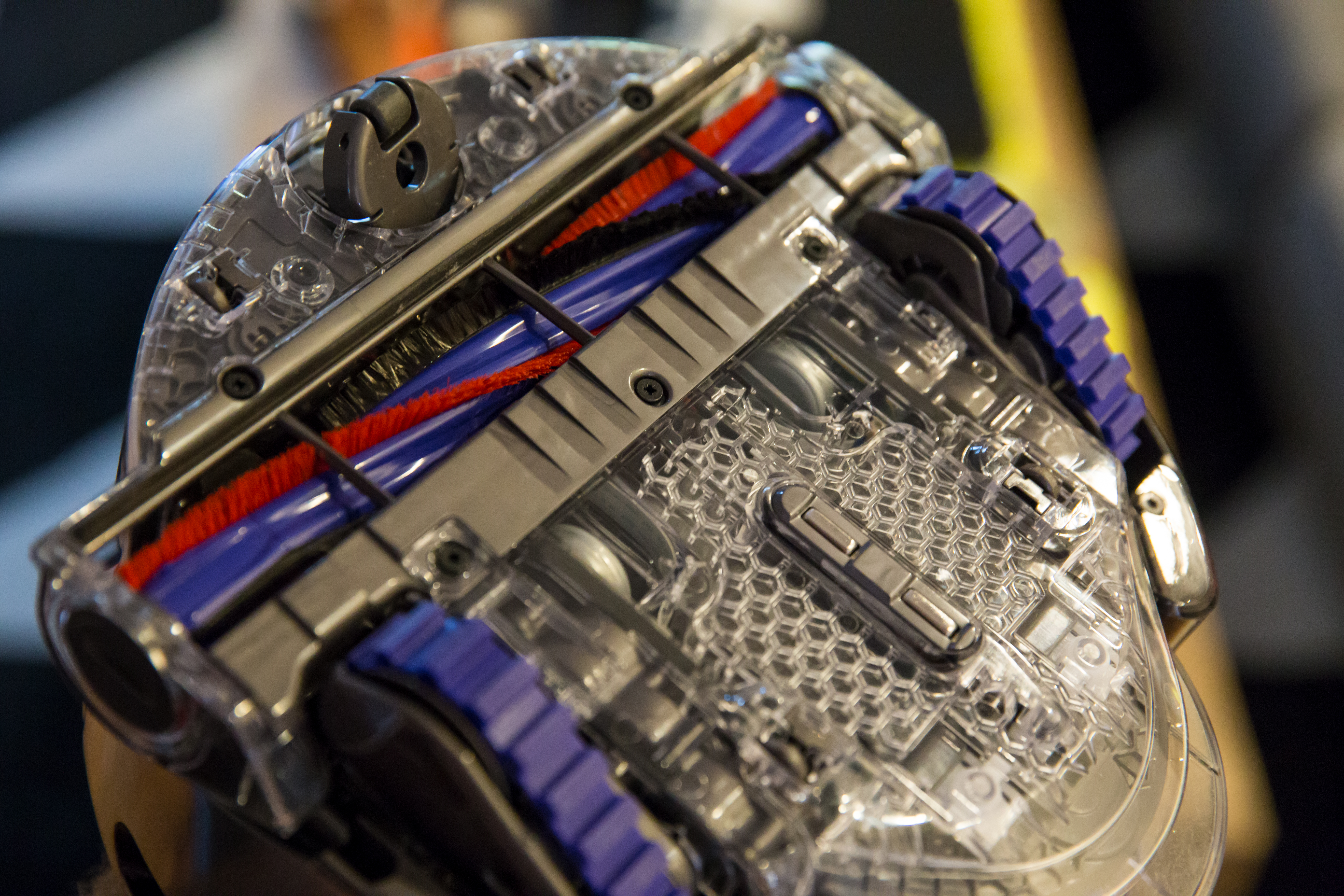 That said, the 360 Eye is frustrated by a couple of things in my home. Specifically, it has issues with sloped pedestal stands for chairs, including ones found on my living room lounger, and those which support my kitchen bar height stools. The Dyson bot regularly tries to climb these, seems to hesitate about it halfway over the lip, and then essentially gives up, freezing until I come and reposition it. Each time this has happened, the vacuum has finished the job nicely after I relocated it, but it’s still something that would prevent setting it while I was out of the house and guaranteeing a thorough clean.

Dyson’s system also requires light, so that its 360 camera can effectively see its surroundings. In standard daylight, this is no problem, nor is it an issue with indoor lights on. Ultimately it’s not something that would impact my decision to buy, but it is something to be aware of since it requires more light than the average Roomba to operate.

Ultimately, the advantage of the end result of the actual clean overrides the negatives mentioned above, because it beats the competition handily, and is still far more convenient, and less annoying, than using a manual vacuum. 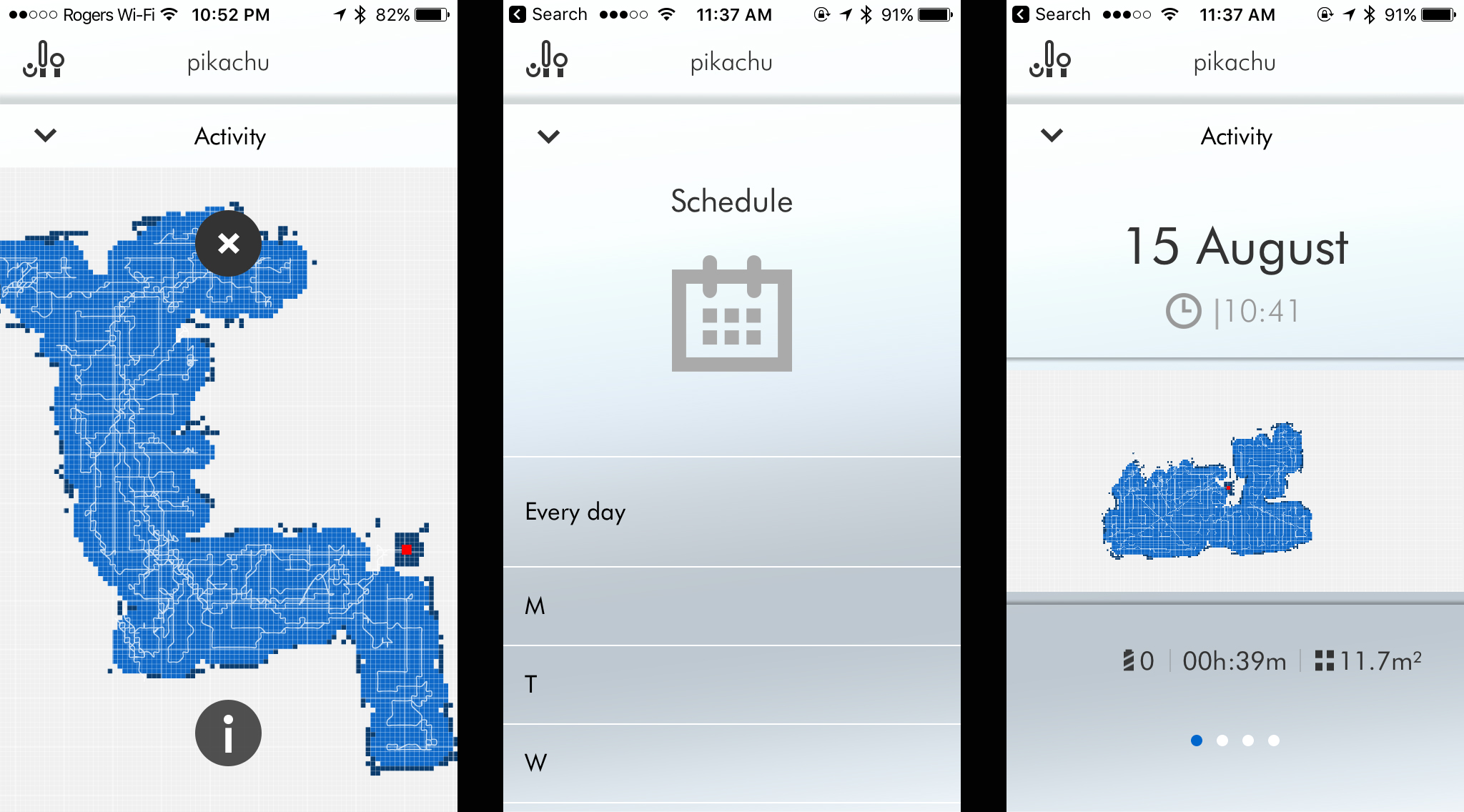 Another reason Dyson’s bot works so well is its companion app. The 360 Eye can connect to your Wi-Fi network, and is then accessible via the Dyson Link app. This will let it regularly grab updates from Dyson and install them automatically, which the company says will improve performance over time.

The app also lets you start, pause and schedule the robot, and includes a full manual with a guide to cleaning its filters (required once a month for optimal operation) and emptying the dust bin.

But the best part of the app might be the Activity tab, which shows you a history of your vacuum’s outings, and the coverage area it cleaned each time. These graphs are only stored locally on your device, and show you how long the vacuum was working, how many charges it required to finish the job, and the total area your bot covered during the trip.

Dyson says this isn’t stored or used to inform the vacuum’s next trips – each time it starts up, it starts up completely fresh. But what it does offer is confirmation that your vacuum has covered the area you want it to, since you can see right in the visualization what portions of your floor it managed to clean. 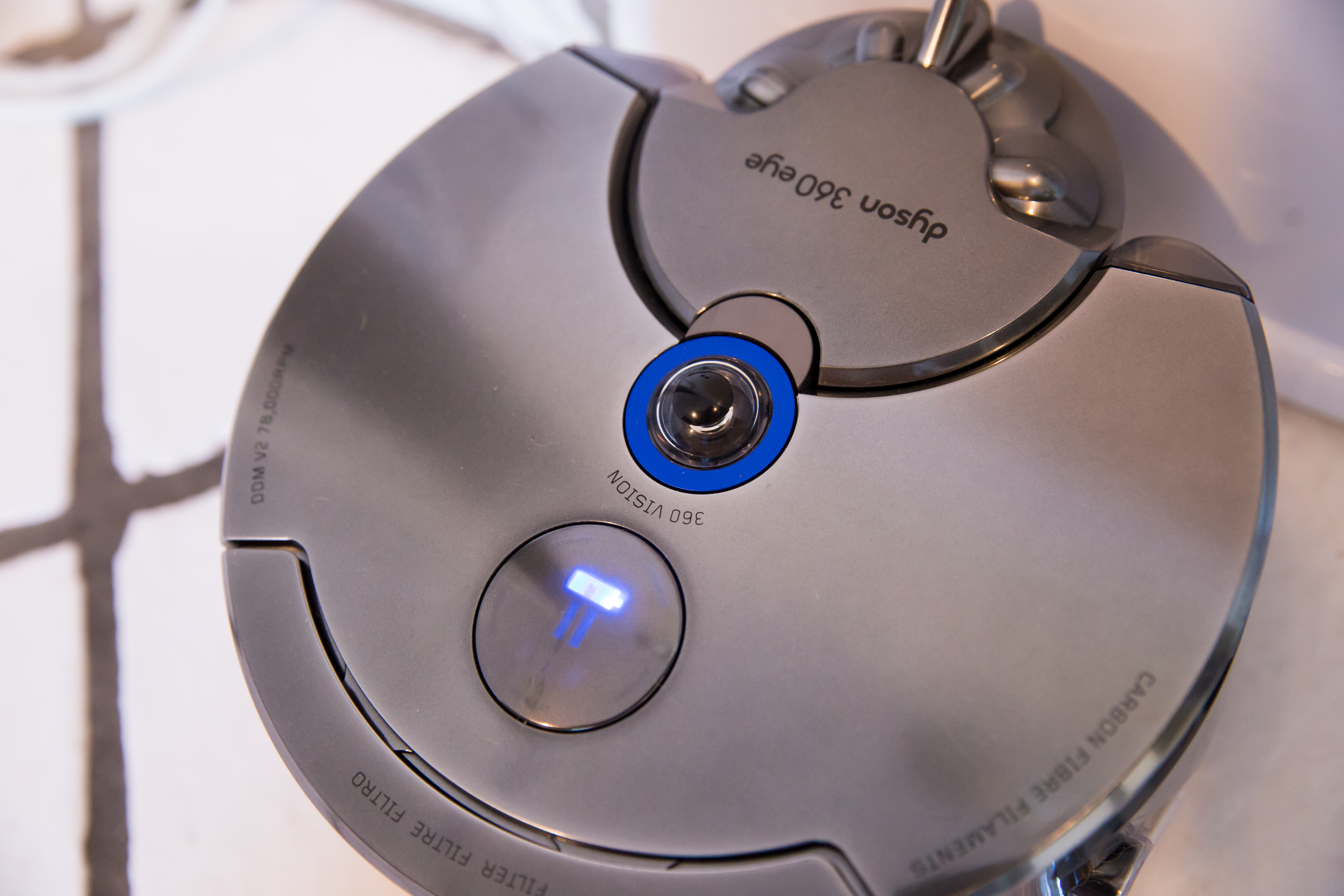 Ultimately, though the 360 Eye’s real limiting factor is the price tag, which runs $999 in the U.S. (and an even steeper $1,299 in my home country of Canada). That’s a lot of cash, and $100 more than the top of the line offering from iRobot’s Roomba lineup.

Whether it’s worth that much money to pick up a 360 Eye will depend on your commitment to achieving a clean house without being too personally involved in the process. I actually ultimately stopped using my Roomba, which cost considerably less, because it wasn’t really effective enough to deal with the trade-offs. The 360 Eye has been a much more effective cleaning companion over the past couple of weeks. It’s still definitely a premium priced option – but double the money of a Dyson stand-up vacfor half the labor sounds pretty good to me.