Women 2.0, a for-profit for-good media business that works to bring women into the tech industry and help them succeed there, has appointed Kate Brodock as President and Elisa Miller-Out as COO, according to founder Shaherose Charania.

Charania will maintain a board seat, she said. The changing of the guard comes for Women 2.0 after a phase of scaling back.

Founded in April 2006, Women 2.0 was one of the first U.S.-based groups to get venture investors and tech entrepreneurs speaking openly about the issues women face in the tech sector, from social influences that discourage women from pursuing an engineering career during school and early work experiences, to a disproportionate lack of venture capital investment in their startups. 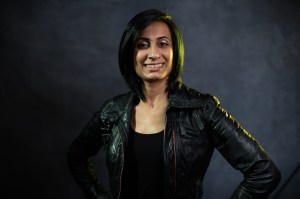 In the past, Women 2.0 generated revenue primarily from ticket sales and sponsorship of its conferences and other events, which it held in 25 cities around the world including in the U.S., Canada, U.K., parts of Asia and Latin America.

But it also built a site, Women2.com, with news and other content about women in tech, written by women. And it ran a startup competition and various incubator initiatives such as the Women 2.0 Startup Weekend, and a 10-week educational program called Jumpstart Your Startup.

Women 2.0’s Founder Labs incubator for entrepreneurs and engineers in search of co-founding teams helped launch 15 companies, 6 of which attained venture funding and 5 of which have already been acquired.

Charania estimates that of the 100 companies that Women 2.0’s programs helped to start, at least 38 went on to raise over $91 million in seed and venture funding, 24 joined accelerators, and 11 have been acquired to-date by corporations including: Yahoo! OpenTable, RetailMeNot, Twilio, TripAdvisor, and Rise (One Medical). 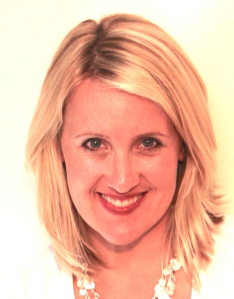 Women 2.0’s new CEO, Kate Brodock, is the Chief Marketing Officer of Untapt, a role she maintains today, and an adjunct professor of PR and marketing at Syracuse University and the President of Women in Tech, a non-profit organization that also aims to solve problems around diversity, inclusion and gender discrimination in tech.

Brodock said, in the near term, Women 2.0 will focus on generating revenue from its existing media and events business and a newer recruiting service. Charania and Brodock said that the market has enough very early stage pitch competitions and incubators now to support women, and they may wind these events down.

Eventually, Women 2.0 aims to become a B-Corp, or attain benefit corporation status. Brodock said she believes that “Non-profits may feel great but are hard to sustain…The culture of saying that you can’t make money while doing good needs to change.”

Corrections: This post has been updated to clarify that Brodock will maintain her role as CMO at Untapt even as she takes on a new leadership role at Women 2.0.