India has a new tech unicorn. Hike, a four-year-old messaging app, today announced that it has closed $175 million in funding led by new investors Chinese internet giant Tencent and manufacturing firm Foxconn. The Series D round values the company at $1.4 billion, founder and CEO Kavin Bharti Mittal confirmed to TechCrunch.

Tencent, the company that pioneered messaging with WeChat, is the big name here, but existing investors Tiger Global, Bharti and SoftBank also took part in the round, which takes Hike to more than $250 million raised to date. Hike added some strategic U.S.-based investors to its roster earlier this year, but its last major funding was a $65 million Series C that closed two years ago.

“Hike deeply understands India; a highly diverse market with many nuances. It is on a mission synergistic to ours, which is to enhance the quality of human life through internet services. With our investment, Hike will be able to leverage our deep domain expertise in the messaging platform space to provide more value to its users in India,” Tencent President Martin Lau said in a prepared statement.

Born out of a joint-venture between Bharti and SoftBank, Hike includes standard messaging app features you’d expect, alongside free voice calling and a few other twists. It has put emphasis on local users with features that include a privacy option to hide chat messages, in case a nosey relative gets hold of your phone as can happen in India, and the ability to send messages via SMS to friends who aren’t using the Hike app, another foreseeable usecase in the country.

Targeting young people, it has played up to a fun and hip image with its marketing and advertising campaigns.

There’s a huge challenge though.

Facebook-owned WhatsApp is the dominant chat app in India, with more than 100 million active users in the country, around one-tenth of its total userbase. Hike announced earlier this year that it has over 100 million registered users (i.e. downloads not necessary active), 90 percent of whom are aged under 30, with 40 billion messages exchanged on the service each month, but Bharti Mittal declined to provide an update on that data.

Despite WhatsApp dominating chat worldwide, the Hike chief is sure that his company’s app is fulfilling a much-needed gap.

“Every market has two messaging apps that do well,” he said in an interview with TechCrunch. “There’s one that replaces SMS and one that does a lot more than that. Hike doesn’t even compete with WhatsApp today, it is used very actively in addition to other apps.”

For the past year or so, Hike has been focused on building in that differentiation with WhatsApp which, despite adding voice calls last year and promising to introduce business accounts in the future, has largely retained a bare-basics approach to chat. That has enabled people of all backgrounds and comfort with technology to adopt WhatsApp — which saw its message volumes pass global SMS numbers long ago — but it has left an option for a more integrated and sophisticated messaging app — something that acts like a modern-day internet portal for mobile.

Seizing that opportunity, which Bharti Mittal believes lies with the youth, Hike has integrated mobile games, a news service, coupons (beta) and localized stickers into Hike. Games attract over 100 million play sessions per month — 20-25 million per day — while the news feature has 50 million-plus users and sees 1.5 billion stories viewed a month, he said of the early signs of traction. 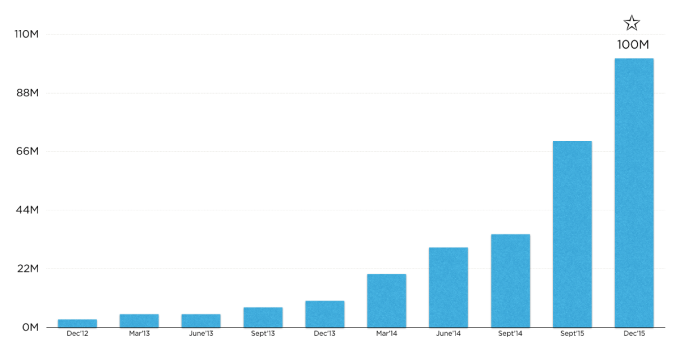 That approach to going beyond chat makes the involvement of Tencent in this round hugely important. The Chinese company pioneered the ‘swiss army knife’ approach to messaging with WeChat, China’s dominant messaging app with over 700 million users which has integrated e-commerce, food delivery, taxi apps and much more. WeChat is often compared to a mobile operating system such is its influence and importance in China.

The WeChat influence is strong. Even Facebook is among those to embrace its approach with Messenger and, like the U.S. social network giant, that’s the path Hike aims to go down.

Bharti Mittal, whose billionaire father Sunil Bharti Mittal founded telecom giant Bharti, explained that to me Hike is likely to introduce a payment solution within the next six to twelve months, among other things.

“This is the very early form of what is possible, you’ll see us invest more in services going forward,” he added.

Tencent has invested in other messaging apps, Snapchat and Kik in the U.S., but its deal with Hike is notable for being its largest investment in India to date. (It led a $90 million investment into Bangalore-based medical portal Practo last year.) Given the focus that Alibaba, Tencent’s fierce rival, is putting into India with investments in Paytm (payments) and Snapdeal (e-commerce), you could be forgiven for seeing the Hike deal as Tencent’s first move to replicate its chat-based empire in India, the planet’s other billion-person-plus population.

Not so. This isn’t the prelude to an acquisition, according to Bharti Mittal.

“Operationally nothing changes, there’s no discussion around integration,” he explained. “Tencent has a minority stake… our goal is to make the partnership a key success, [there’s] no-one better than Tencent because they are the best at what they do.”

The fact that WeChat has largely failed in India, despite Tencent putting some serious money into marketing the app via commercials and partnerships a couple of years ago, nullifies the complication of any competition, the Hike CEO said.

“WeChat is not as much of a competitor today, and I think they’ve seen that,” he added. “We spoke to them very early on when they came to India to work on their own product, [but] it was too early to invest [then] and they wanted to [work by] themselves. [The investment today] happened as we built a relationship over the past few years.”

Tencent is the standout name in the Series D round, but Bharti Mittal also played up the importance of Foxconn, another hugely influential Asian tech company that is looking to lay roots in India.

Aside from setting up manufacturing capabilities in the country, which could soon include iPhone production, Foxconn has made investments, including Snapdeal alongside Alibaba and it reportedly also looking at Paytm.

Bharti Mittal confirmed that Hike will look to use its relationship with the Taiwanese manufacturing giant to pre-bundle its app on Foxconn’s own-brand budget Android devices. Beyond distribution, he argued that the startup can learn a lot about how people use their devices from Foxconn.

“Foxconn has a lot of deep analysis about how we can build our services on Android,” he said. “India is a great market but we are not as exposed [to insights] as those in China.”

Generally, Bharti Mittal is upbeat about the future, and he continually explained that the internet and mobile are still in their infancy in India.

“The very large niche that we’ve covered is only going to get bigger because 500 million more people are coming online in India,” he said. “The path will look very different to the current market and what Hike has been these last few years. For the first time ever in India, we’re seeing 2G usage decline with 3G and 4G on the rise. The internet will be more pervasive and the market can change completely.”

In the line with that, he revealed that Hike will be increasing its investment in video, local content, augmented reality and machine learning. The company will also assess where it fits in with VR, AR and other emerging technologies. 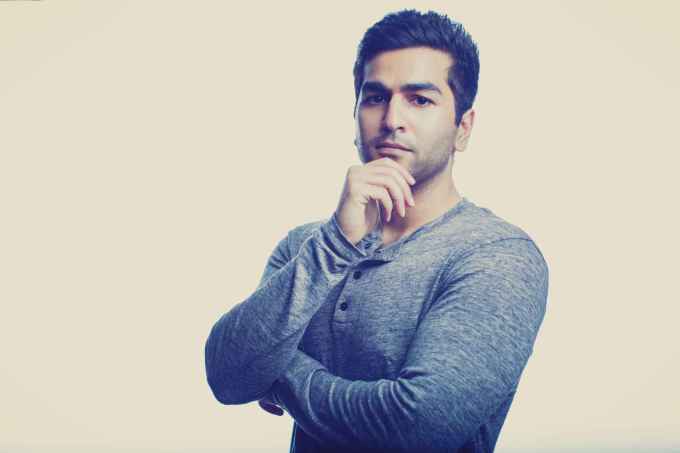 India’s current tech unicorns are in the e-commerce space, and those companies started out to fill a void that existed before Amazon brought its business — and billions of dollars in investment capital — to Indian shores.

With Hike, we are seeing the first billion-dollar social company in India, which Bharti Mittal is unsurprisingly very bullish about.

“Even though the [Indian] funding market has cooled, this deal goes to show that the messaging and social spaces are so strong that when someone breaks in, it can give a huge advantage over everyone else,” he reflected.