It was never really a question of whether GoPro would do the VR thing, it was more a question of how — or, rather, where — it would fit in. After all, it’s probably a little late in the game for the company to more or less own the space as it’s managed to do with action cameras (becoming more or less synonymous), but while there are other VR camera solutions out there, it’s early yet. There’s still land to stake out.

When reps from the company stopped by our office to show off the Omni, they grimaced at the word prosumer (understandably — it actually felt kind of weird coming out of my mouth), but acknowledged that that’s more or less the space their rig is trying to fill.

They added that they spotted an opening between the high-end professional setups like the insanely priced Ozo ($60,000) and the within-reach Samsung Gear 360 ($350). And hey, from a pure cost perspective, that opens up around $50,000 worth of wiggle room from companies to play around with.

In a sense, GoPro’s biggest competition is itself — or rather, the innumerable third-party accessories companies that rushed in to use the company’s cameras for their own rigs. After all, GoPros are ubiquitous, familiar and modular. Having been beaten to the punch, it’s important that the Omni works as more than just a framework for holding a bunch of GoPros together. 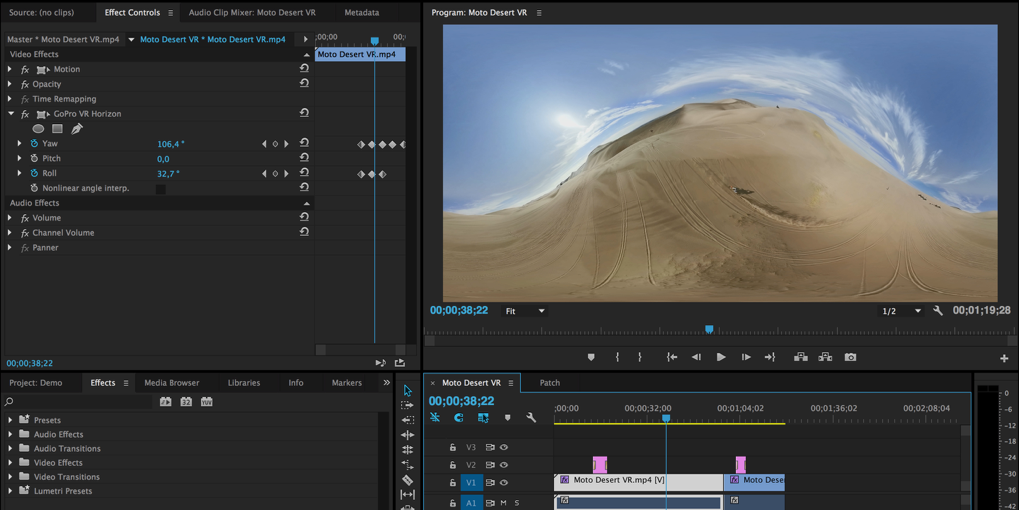 The key differentiator, so far as the company sees it, is ease of use — the sort of thing you’ve got an upper-hand with when you actually manufacturer the cameras and software for the rig. Synchronization is an important bit. As simple as it sounds, turning six cameras on at the same time and making sure they’re all in the same mode can be a headache, particularly in the field. With the Omni, the camera labeled “one” is the brains of the operation. Change the settings on it and they all follow suit.

You can charge the rig with a single plug, and, probably best of all, it doesn’t matter in which order you offload the memory card. You do still have to do all of that one at a time, however, though GoPro says they’re working on a more elegant solution to the issue.

The process of converting that footage to VR video is surprisingly simple. The company’s Omni Importer delivers it and Kolor (the French software company GoPro bought last year) stitches it together. It puts together a low-res preview in virtually no time. From there, users can edit things to their heart’s content. What’s most impressive, really, is how painless the process is.

It’s not quite as off-the-shelf as some of the consumer-facing options, but it also ultimately offers more flexibility for the semi-professional users — and, of course, their use of GoPros versus a standalone unit means it’s possible to fast swap the Hero4 out when one stops working, rather than having to take the whole setup into the shop.

The pricing is really a bit of a wild card here. At $5,000 for the whole deal (cameras, briefcase, batteries and all) or $1,500 if you bring your own half-dozen GoPros to the table, you’re probably either a part-time pro or a hobbyist with cash to spare. The rental market certainly seems primed for a setup like this. Perhaps some small sports video businesses as well, but anyone looking for a casual entry into VR video land will probably have their eyes set on something like the Gear 360. 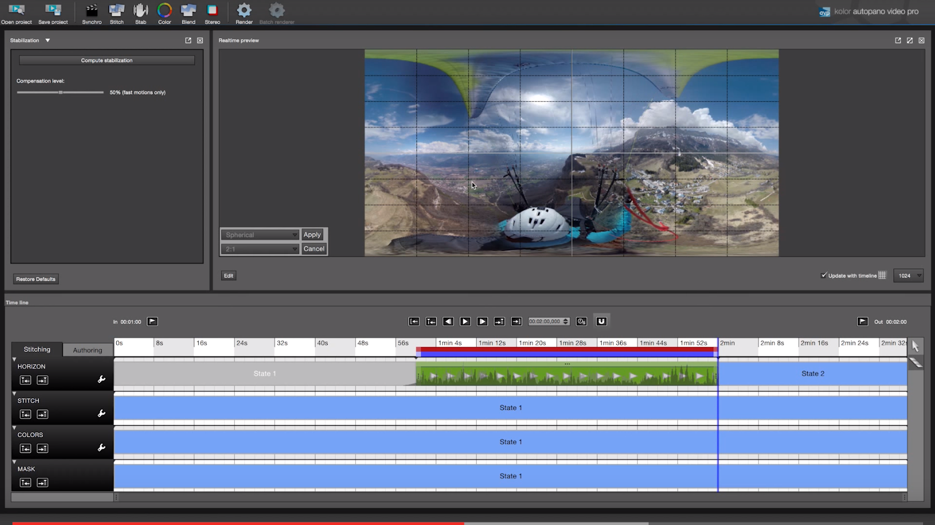 For those who hit the sweet spot, however, the Omni starts shipping a week from today.