Tracking your period, peeing on a stick and carrying around a thermometer have been the dominant technologies over the past 20 years to help families conceive. If it sounds outdated, that’s because it is.

TechCrunch Disrupt Startup Battlefield alum Ava is hoping to change that with a wearable that helps couples pinpoint when a woman is in her fertile window and the time is right to conceive a child. The company is today announcing a $2.6 million investment to help bring their wearable to market.

But does it actually work?

Ava points to a clinical trial conducted at the University Hospital of Zurich with a group of 41 healthy women with ages ranging from 20-40. The women had no infertility indications and were not participating in any hormonal treatment. Women were followed for one year, giving the team approximately 180 menstrual cycles to observe.

Ava’s fertility tracker looks for the gradual rise in estradiol levels at the beginning of the fertile window that signal the body is preparing for ovulation, and the rise in progesterone levels a few days to a week or so later that signify ovulation is complete.

Ava’s fertility tracking bracelet is worn only while a woman is sleeping and automatically collects these data points and uses them to predict her fertile window. The results of the Zurich study show that the Ava device detects an average of 5.3 fertile days per cycle with 89 percent accuracy.

While dated technologies like temperature and period tracking have been shown to be effective methods, Ava’s bracelet and mobile app approach could resonate with the Fitbit generation. It also serve to eliminate issues of human error — measuring temperature incorrectly or just forgetting to track at all.

The Ava fertility tracker also was recently approved as a Class One medical device by the FDA. In the future, Ava will look to complete trials with women with fertility issues, such as PCOS — polycystic ovarian syndrome.

Ava’s target market is generally women 30 and above who have been trying unsuccessfully to have a child for a few cycles, but haven’t yet hit the magic one year mark that typically warrants a visit to the OB and/or Reproductive Medicine physician. The company has also received interest from women in their 20s and 30s who are not trying to conceive, but are currently focused on the fertility space.

In November 2015, the company announced that they had raised a $2.6 million venture round led by Swisscom and ZKB. The Ava fertility tracking bracelet has been available for pre-order since last fall, but today, the product is ready to ship and is available for $199. 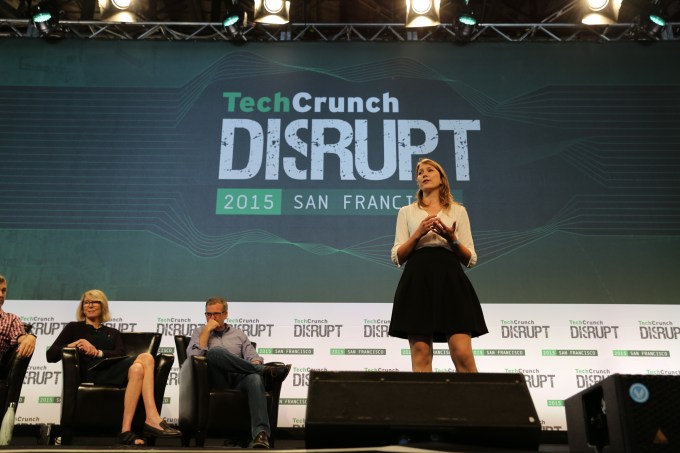 We’re thrilled to share another Startup Battlefield success story with the launch of Ava, and can’t wait to see what the next batch of Battlefield participants has in store for us at Disrupt SF 2016, which takes place September 12-14 at San Francisco’s Pier 48.

Tickets to Disrupt SF 2016 are still available; get your hands on tickets here.