I’m in Canada, and I’m having a conversation about weed. So far, everything’s tracking. But this isn’t just a casual convo — HelloMD is a startup focused on health, community and access to information, and they’re based in the U.S. (with people in SF and Colorado). And while the core business began as a way to use telemedicine to connect doctors with patients for medicinal marijuana prescriptions, HelloMD founder Pamela Hadfield tells me it’s since become something more.

After spinning up around 15 months ago the above-mentioned focus on connecting patients with doctors via video, Hadfield and her VP of business development Larry Lister tell me they increasingly saw people coming to HelloMD not necessarily for prescriptions, but for more general information about legal medicinal marijuana in the U.S., and for guidance on the often-confusing tangle of dispensaries, marijuana brands, specific methods of treatment and more. Other startups, like MassRoots, look to provide a social space for cannabis users to connect, but HelloMD is looking specifically to offer access to info.

“It’s a confusing marketplace, it’s so hard to find legitimate, trustworthy information,” Hadfield said, noting that because of limits on academic research regarding marijuana as medicine in the U.S., as well as bans on advertising or marketing medical marijuana products, finding even basic info can be a challenge.

“We want to engage [medical marijuana users], and connect them, and become that centralized resource for them,” Hadfield explains. “So we thought: What would be the easiest way to connect this community?”

Telehealth is part of facilitating those connections, but, increasingly, HelloMD is also seeing a lot of traffic to its Q&A resource, which operates a bit like a Quora for cannabis. Medical professionals, as well as companies operating in the space, and even other community members, can provide answers to questions posed by users. Browsing the archive, you’ll see debates that include citations of lots of academic studies, as well as medical journal articles and anecdotal information based on lived experience. And Hadfield and Lister say that’s driving a lot of news sign-ups, and a lot of new organic traffic from search, which accounts for 65 percent of HelloMD’s current traffic overall.

“We’re seeing 28 percent compound growth rate in registered users,” Hadfield said. “We have 70,000 registered now, and are looking at a goal of one million registered in 12 months time.” 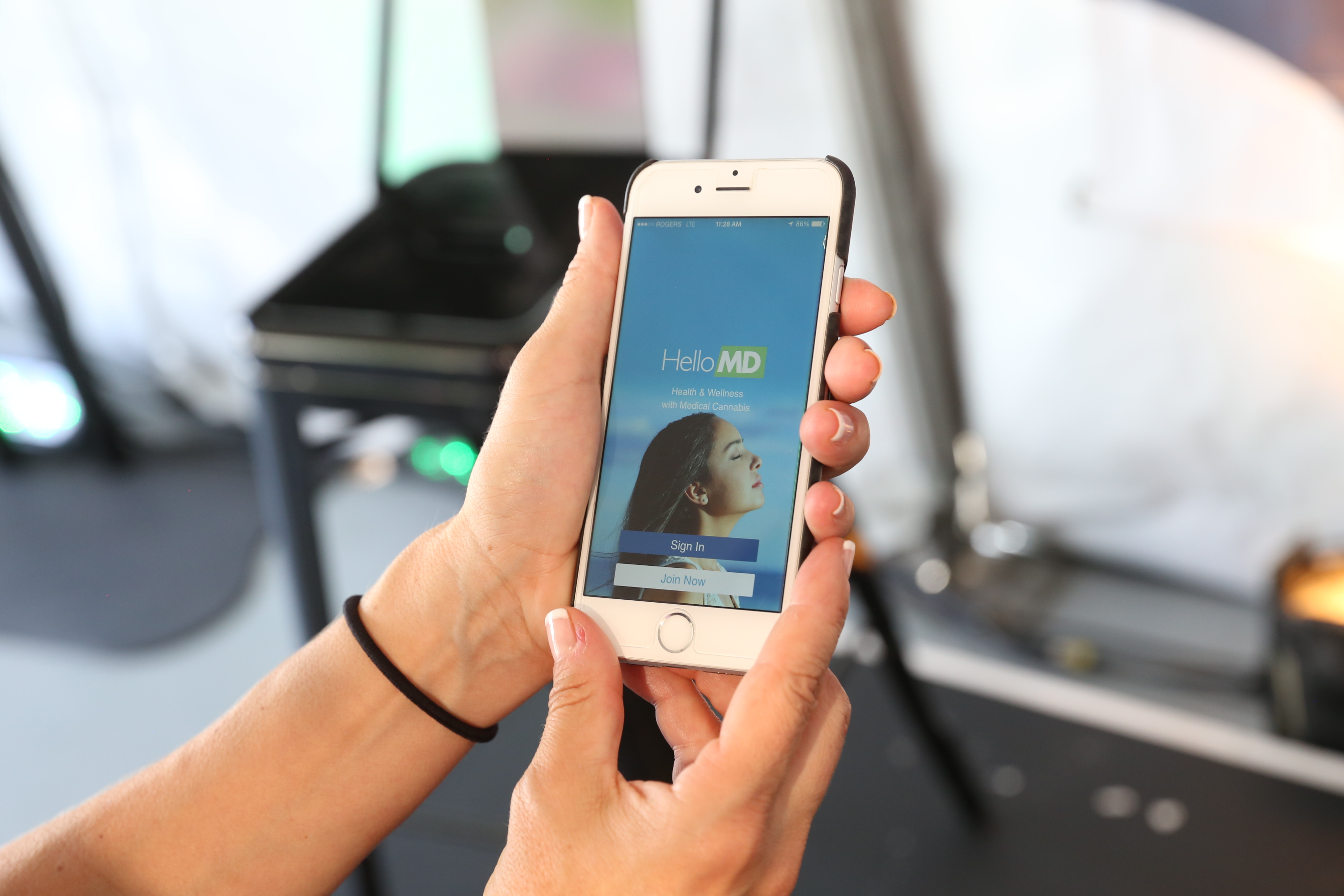 It’s ambitious, but there’s reason to believe the demand is there to help meet that goal. 26 states in the U.S. have some kind of medicinal cannabis legalization on the books, which accounts for about 150 million people with access — and with questions.

And while the largest current age brackets for cannabis users are between 25 and 55, the fastest growing is the 55 and up group. That’s likely to result in an increasingly large addressable market as the population continues to age up, and, as studies like this one covered by The Washington Post reveal, increasingly when those people have to deal with ongoing pain, they’re looking away from prescription pills and toward medical marijuana.

HelloMD is currently bootstrapped, but Hadfield and Lister say they’re looking for funding, though they also say they’re currently cash-flow positive and will be in a place this calendar year where they’re comfortable continuing to self-fund if the investment picture doesn’t line up. I asked if they’ve approached cannabis-specific funds; they said they have, but a recurring issue they encounter is that those funds take them most of the way through the investment funnel and then say they’re ready to invest, but have to convince LPs to commit first. There’s still a stigma, Lister notes, despite new VC attention in the space.

Most of HelloMD’s revenue comes from their telehealth prescriptions, which cost $49 per consult, but they’re now taking in some money from brands connecting with users on the platform. And the social Q&A is what Hadfield says may end up being the real innovation they bring in terms of long-term impact.

“That feels right now like the most disruptive thing we’ve done,” she said. “People can get advice from sources they trust.”

Obviously, there’s still opportunity for misinformation to spread, but with a sizeable community that includes a fair number of medical doctors, it’s a far better resource than typing a question into Google and trying to navigate the results on your own.