If paparazzi have a right to take photos (they do) and newspapers are allowed to print photos taken by paparazzi (they do), it stands to reason that those in the brief spotlight of an eager photographer’s flash have a right to fight back, too (they do). Anti-paparazzi clothing has been around for a while, and if you’ve ever wondered how it works, oh boy have you come to the right place.

There are a few brands that offer anti-paparazzi clothing. Betabrand’s Flashback Photobomber and Flashback Silverscreen, and the ISHU anti-paparazzi scarves are some commercially available examples, but the basic technique has been in use for quite a while by camera-shy celebrities around the world.

The trick is to use retro-reflective materials. These are textiles, plastics or metal that will reflect light back to its source. If you’ve ever driven down a road and seen your headlights illuminate road signs almost impossibly far away, or if you’ve seen so-called cat’s eyes, you’ve seen it in action.

How a flash works 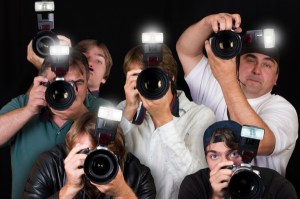 Most camera flashes (or “strobes,” if you will) used by paparazzi photographers are controlled by the camera, in a so-called “through the lens” or TTL automatic mode. It works like this:

The five steps above take just fractions of a second — it’s so fast, in fact, that you’re unlikely to even realize that there were two light flashes rather than one.

Reflective materials do the opposite; by reflecting a lot more light back at the camera than normal fabrics, the camera believes the scene is a lot brighter than it is and it reduces the flash output. In effect, the camera is exposing “correctly” for the reflective material, but incorrectly for everything else in the scene, probably ruining the photo.

Allow me to illustrate with a high-viz jacket and a kitten. 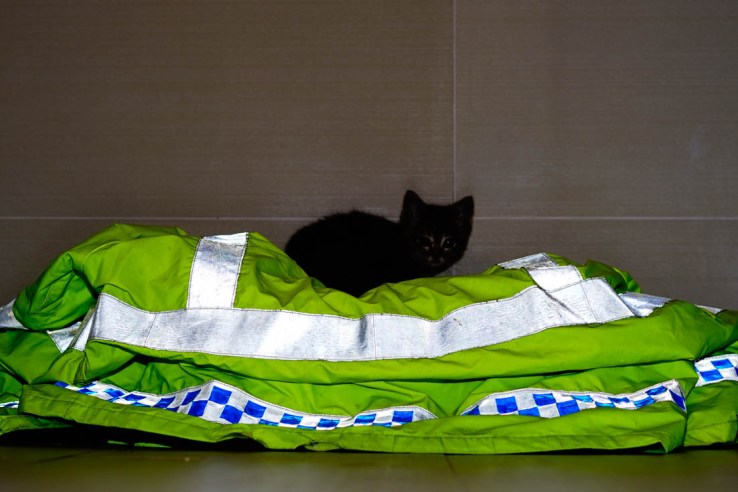 Ouf. If I sent this to my picture editor, I’d be fired on the spot.

In this photo, you can see what it looks like when the camera is thrown for a loop by the reflective bands on this reflective jacket. Well done, kitten, you win this time.

How can photographers foil the anti-paparazzi clothing?

Unfortunately for celebrities everywhere, the clothing is far from foolproof, and there are many ways around the effects.

One of the problems is that most reflective materials are designed to reflect light back in a relatively narrow cone, so if the photographer moves the source of the light (i.e. the flash) farther away from the lens, the effect diminishes. Unfortunately for unwilling subjects, a lot of photographers already move the flashes away from the lens, not to foil their clothing, but in part to get more natural-looking lighting, and in part to avoid another type of reflection: the red-eye effect that can sometimes occur in photos.

Another way around the issue is to simply shoot without a flash — it’s not always viable, but cameras these days are getting better and better results in near-perfect darkness. For an example of this, see the short film Moonlight, which was shot just by the light of the moon. The imagery in the short may not be good enough for publication in your favorite tabloid, perhaps, but it’s better than no photos at all. 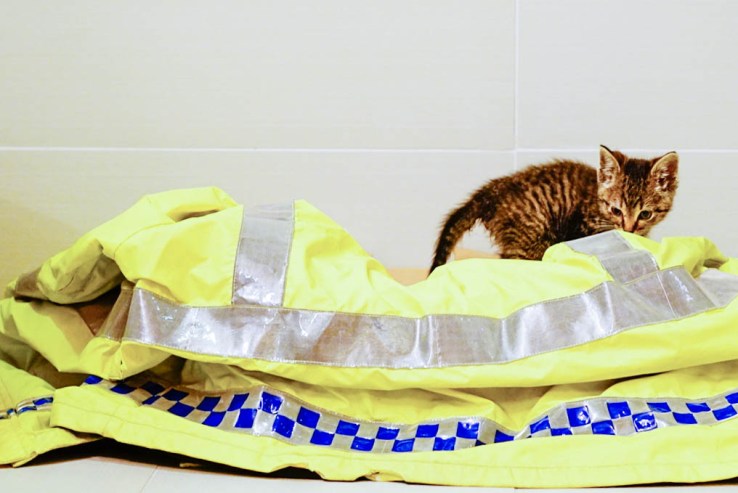 Just turning off the flash and re-shooting the kitten resulted in this shot. Yes, it would have been crisper with a flash, but the result is obviously far better than the example above.

Obvious, perhaps, but a quick-witted photographer can also sort of avoid the problem by switching into fully manual mode on both the flash and the camera. If there are no electronics to fool, then there’s no problem. In theory. In practice, if the photographer is able to expose correctly for the person behind the reflective clothing by increasing the flash output or other camera tricks, the retro-reflective clothing will look extremely bright, and it’s unlikely that the images will come out looking particularly good.

Finally, it’d be possible to fix the photos in Photoshop later on. Shooting in Raw, as many photographers do, means that you get a lot of leniency in terms of editing the photos after the fact, and even a woefully dark photo might be rescue-able. 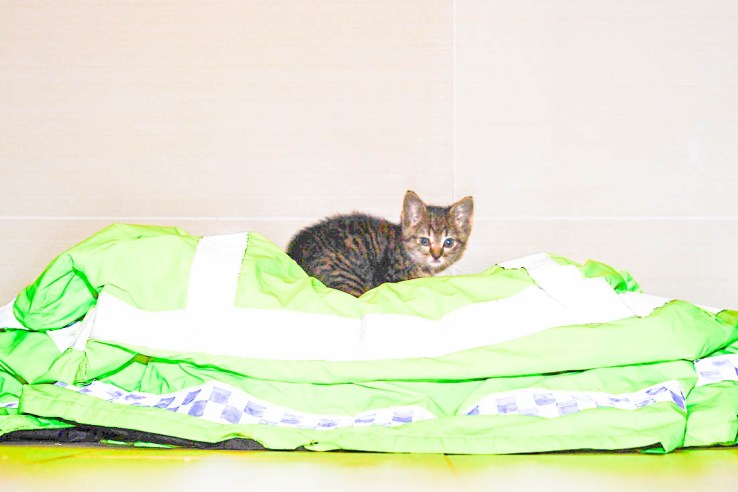 Hardly worth of a Pulitzer, but by tweaking the originally far-too-dark image in Adobe Lightroom, at least now the kitten would be recognizable in a line-up. Why anybody would need to do that will be left as an exercise to the reader.

Anti-paparazzi clothing is interesting technology, for sure, but wearing it is no guarantee that your lovely face will stay out of the tabloids. You could try upping the ante further with a paparazzi-defying slave flash, of course, or stick with the the tried and tested method of holding up a hand in front of the camera lens.