As the never-ending rumor mill continues to report that Apple supposedly is doing away with the headphone socket on its next-generation phones (something more than 300,000 people already voiced their opinion on earlier their year), I found myself in a series of situations recently that illustrate exactly why the world isn’t quite ready yet…

Scene: Sitting next to a gentleman on a long-haul bus trip, who 20 minutes into the journey swore loudly. 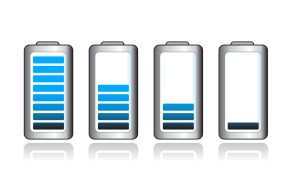 “Oh for Pete’s sake,” he muttered, pressing a button on his headphones. “Not now.”

It turns out that while the bus did have USB power sockets, and he did have a charging cable for his headphones, he was facing two problems. First: His phone was also dead, and needed charging more than his headphones. Second: his headphones charger socket was in such a place that you can’t wear and charge them at the same time.

The simple truth is that Bluetooth headphones — even fancy ones — are battery-operated devices, and will eventually need charging. Usually at the least convenient time possible.

“Hey, listen to this real quick”

Scene: Sitting in a shared office space, a marketing agency I work with sent over a video. Crap, I forgot my headphones.

No problem, I’ll borrow someone else’s. Which was the beginning of 15 minutes of faffing about to watch a three-minute video clip, leading me to wonder if this really is what the future was meant to feel like.

Granted, pairing Bluetooth devices is a lot easier than it once was, and connections are a lot more reliable than they used to be. Having said that, every set of headphones have a slightly different way of going about it, and some still require a pairing code (which is almost invariably 0000 or 1234, so it’s hardly the bastion of security it perhaps should be).

Of course, for most headphones, the pairing process is in the manual. Some have it etched on the inside band of the headphones. Some are actually smart enough to write “Pairing” on one of the buttons so it’s obvious what you need to do. And if all else fails, instructions are probably just a Google search away. But none of this is as fast or as easy as just plugging a 3.5mm plug into a socket, and not nearly as foolproof either.

“Please turn off all devices with transmitters”

Scene: Sitting next to a woman with a very fancy pair of Bluetooth noise-canceling headphones on a very, very, oh so very long flight. Which, at 15 hours and change, isn’t even in the top 10 longest flights in the world; itineraries reserved for true masochists. 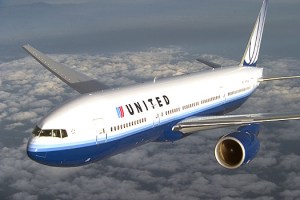 Up, up and do you need a pair of $1 earphones that will make you wish you had remembered to pack your own, sir?

The woman presses the call button, calling over a flight attendant.

“Uhm… I have these Bluetooth headphones,” she said, pointing to them seconds after she unboxed them, obviously having recently procured them from the Tax Free shop. “Can I use them on the flight?” she asks.

“I would need to check for you,” comes the answer. In this case, the airline was British Airways, and they do allow the use of Bluetooth accessories after takeoff and before landing. Most airlines are enlightened enough to allow Bluetooth headphones these days, but it does vary from airline to airline.

She was understandably grateful, and spent the first couple of hours listening to music on her iPhone. But even if you listen to the entire Taylor Swift back catalog in one sitting, you still have a lot of flying time left to go, and she decided to switch to watching the in-flight entertainment — at which point she had to call the flight attendant over again to get a set of the airline-supplied earphones.

Let’s just say it’s unlikely that that experience was as nice.

I suppose, for the sake of completeness, I should point out that  some very high-end headphones also come with an audio cable so you can use them when the battery runs out or if you need to plug them in to listen to something, but as far as I’m aware, that’s a relatively rare feature.

Are we fixing a problem that doesn’t exist? 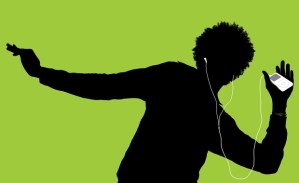 Remember these guys? If it ain’t broke, don’t fix it.

I don’t want to come across as a Luddite here; I love technology as much as — if not more than — the next man. And I admit that there are situations where wireless headphones make sense; for example, if you want to listen to the TV really loud from across the room without waking up the kids. Or if you are running, and you don’t want a cable jangling around. And most Bluetooth headphones can be used to receive and make phone calls, as well as just listen to audio. Also, the cables on headphones are often the first thing to go due to wear and tear (although, as I experienced when reviewing a load of different Bluetooth headphones, they’re hardly bulletproof either). Oh, and silent discos. Silent discos for the win. All of these use cases make sense to me.

Quick aside: I couldn’t help myself, I had to drop in a video here. Let’s be honest, nothing is as funny as watching a silent disco, where hundreds of people are dancing in sync to the sound of shuffling, chatting, out-of-breath-panting and utter silence.

So yeah, Bluetooth has its uses, no doubt about it. What doesn’t quite sit well, though, is how Bluetooth would be the main technology for mobile devices. I don’t know about you, but my phone is rarely farther than half an arm’s reach away from me — and certainly not farther away than the average headphones cable. Put simply; I don’t really see how having a tether between you and your device is that big of a problem. The corollary of that is that I’m unconvinced that the inconvenience of that cable is bigger than the inconveniences inherent in going wireless-only.

Cables have served us very well indeed for a long time, and I don’t see why we’re in such a hurry to run toward a threadless world; there are still more challenges to solve before this really starts making sense. Maybe when wireless charging is ubiquitous. Perhaps when Bluetooth pairing — and unpairing — is faster and easier. Possibly when airplanes have Bluetooth enabled for the in-flight entertainment so you can bring your own headphones to suffer your way through a long flight. And maybe once ultracapacitor technology is good enough that you can charge your headphones in seconds (or battery technology is good enough that you can use them for weeks).

Apple isn’t stupid, but I really hope it isn’t putting the 3.5mm socket on the chopping block quite yet. The status quo choice of letting people choose what they prioritize as “convenient” works pretty well. We’re not ready to have that choice made for us.