The great Elon Musk empire is uniting. Today his electric car and battery company Tesla announced its offer to acquire his solar panel installation company SolarCity. Together the companies could allow you to outfit your home with solar panels that power a giant battery for everything inside, as well as your electric car.

The deal still has to be approved by SolarCity and its board. If it goes through, it would see SolarCity stock exchanged for Tesla stock. The deal would pay a premium of 21 percent to 30 percent on top of SolarCity’s value of $2.14 billion, so Tesla would be buying SolarCity for between $2.59 billion and $2.78 billion worth of its stock. 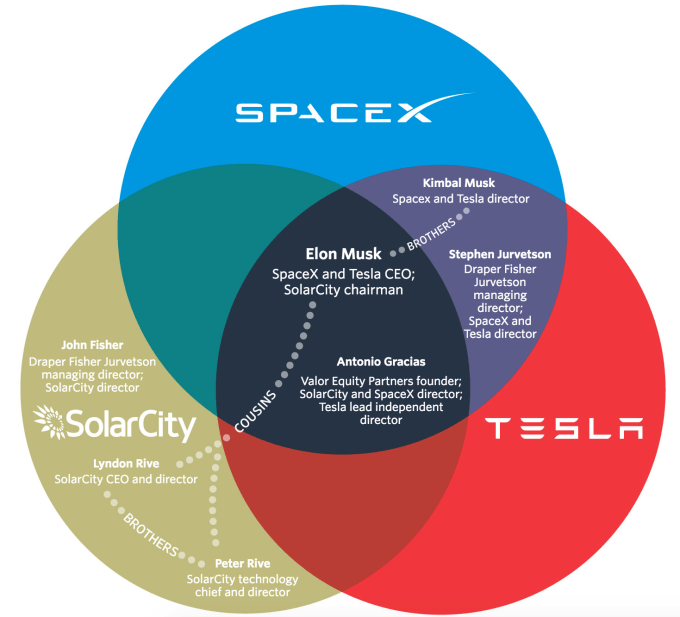 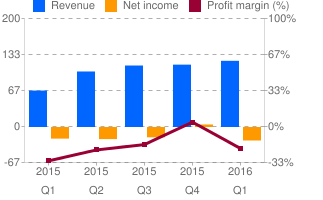 SolarCity has been bleeding money

Recently SolarCity had its value downgraded because it’s been bleeding hundreds of millions of dollars, making it an easier acquisition target. SolarCity’s share price skyrocketed 20 percent in after-hours trading as soon as the announcement hit. That means the premium on SolarCity’s value has been instantly cut much smaller in after-hours.

Musk will recuse from voting on the acquisition, as will Tesla and SolarCity board member Antonio Gracias. However, Tesla says it only wants to make the acquisition if it’s friendly, not a hostile take-over.

Is this Musk bailing out Musk?

Tesla’s share price dropped 13 percent in after-hours trading. That’s because some might consider this a bailout of SolarCity, with Musk rescuing his 22.2 percent stake in the company by acquiring it with Tesla. SolarCity’s share price was down from more than $50 in December to around $21 when today’s deal was announced. If it continued to sink, Musk could lose a ton of money. Tesla could build its own solar business or acquire SolarCity’s assets later if it kept sinking, but that would burn hundreds of millions of Musk’s own money first.

On closer inspection, the synergies between the companies might not pan out. Tesla’s sky-high demand for its vehicles means it doesn’t need much of a sales force, while SolarCity is constantly doing door-to-door and telesales. Everything happens inside Tesla’s factories until the cars ship, while SolarCity has armies of contractors driving around on trucks installing panels.

But Musk is a crafty one and could have plans we can’t foresee.

The only vertically integrated energy company

The Tesla team writes, “It’s now time to complete the picture. Tesla customers can drive clean cars and they can use our battery packs to help consume energy more efficiently, but they still need access to the most sustainable energy source that’s available: the sun.”

Tesla outlined the reasoning behind why the acquisition makes sense:

“We would be the world’s only vertically integrated energy company offering end-to-end clean energy products to our customers. This would start with the car that you drive and the energy that you use to charge it, and would extend to how everything else in your home or business is powered. With your Model S, Model X, or Model 3, your solar panel system, and your Powerwall all in place, you would be able to deploy and consume energy in the most efficient and sustainable way possible, lowering your costs and minimizing your dependence on fossil fuels and the grid.”

Whether or not it’s a fiscally sound deal for each company’s shareholders, it’s certainly bold. A thousand years from now they’re going to be speaking the name “ELON MUSK.”