Imagine for a moment that you are a tech journalist. You’re traveling to Norway, a country dear to your heart, and you really want to come back reporting positive news about the startup scene there. You are invited, among other things, to the final round of the Angel Challenge pitch competition. The winning company, MiniPro, doesn’t have an internet presence. At all. Its product? Baby food for baby fish. You won’t believe what happens next. 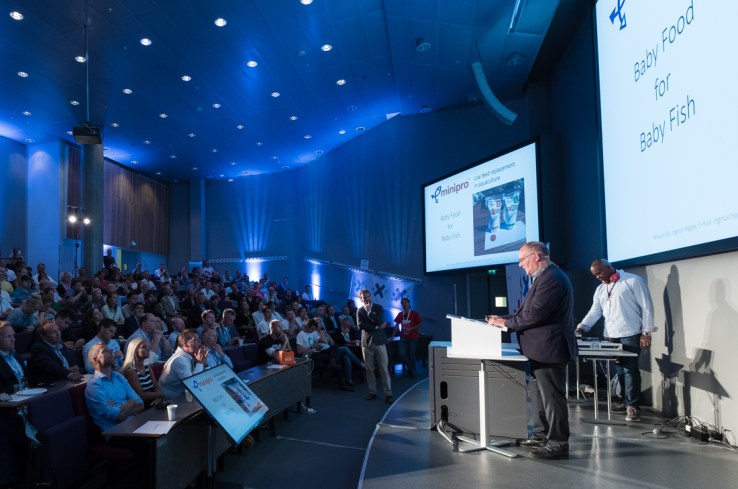 In any other country, the pitch would have been a joke. A parody of a company that somehow walked into the wrong room, and is finding itself pitching alongside companies launching apps to help children with speech impediments (Milla Says) and service businesses complementing the AirBnB model (EasyBnB).

I’ve sat through a lot of demo days and pitch events, and when MiniPro took the stage, I couldn’t help myself. “For the love of…”, I said to whomever was unfortunate enough to sit next to me. “Only in Norway would they put a fish food company in the finals a startup competition”. Their patient answer was accompanied with a shrug. “Well, this is Norway”, came the reply.

As the winner of the competition was announced — and yes, it was, of course, the fish-food company — I had to agree. Yes… This is Norway.

And that is important. 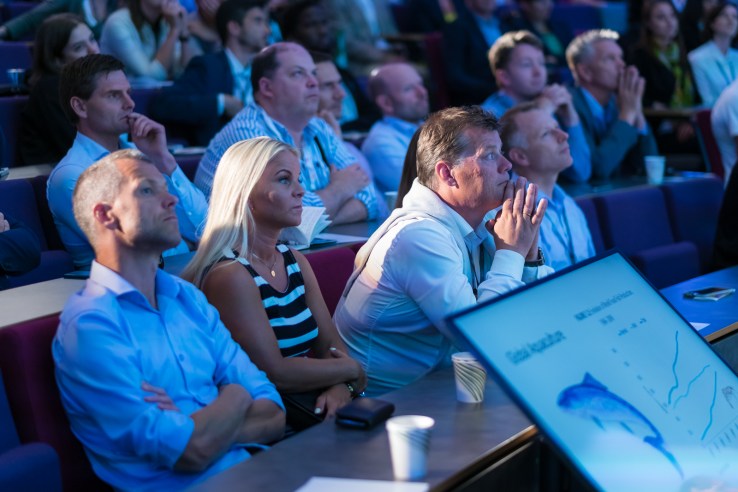 20 investors each invested 50,000 NOK (approximately $6k) each. Here, they’re trying to decide which company to award that investment to. (Image by Dan Taylor/Heisenberg Media)

Something worth admiring about the Norwegian startup scene is that there appears to have been a conscious decision to not to become yet another clone of silicon valley. (Silicon Fjord, anyone?). This manifests itself in a few different ways; many of the startups in this ecosystem focus on industries where the country traditionally has been strong: Oil, gas, shipping and fish. That makes sense: this where the country’s expertise is. The entrepreneurs know where the problems are and have the skills to stake a claim to potential solutions. It’s also more straightforward to raise money for companies the investors can relate to. And, of course, it’s much easier to envision an exit in the shipping space in Norway than for, say, a home-brew Uber competitor.

In winning the competition, MiniPro takes home a 1-million-Norwegian-kroner (around $120k) investment. As far as I can tell, the company doesn’t have a website or, indeed, any internet presence at all. I couldn’t find a single reference to them beyond the official Norwegian company register. They make fish food. And they’re about as far removed from the startups I’m used to as you could get. Which brings us full circle — as I already mentioned, having a company making ‘baby food for baby fish’ win a startup pitching competition is a massive face-palm moment to me as a tech reporter (Norway, if you’re reading this, you’re making it very easy to subject yourself to a relentless barrage of ridicule).

And yet, the win very nicely illustrates why Norway is such a curious place. Objectively, by any standard, MiniPro was the best startup on stage that day.

Even when seen against the backdrop of more conventional tech startups, the company is ticking all the key boxes for a startup: A strong team, comprehensive understanding of the target market, a patent-protected product, a crisp vision, a clear go-to-market strategy, huge potential for growth, solid profit margins, and a clear product-market fit. There’s no denying that the company could turn a $6bn+ per year market inside out, and if MiniPro was in any other industry than aquaculture, I wouldn’t be surprised to find investors lining up around the block.

And this, to me, was the biggest eye-opener of my time in Norway. Reporting on the country from the perspective of Silicon Valley simply doesn’t make sense — but that doesn’t mean that the Norwegian startup scene doesn’t have a bright entrepreneurial future ahead of it; but it is going to be facing some pretty unique challenges on the way.