The OSVR HDK2 was arguably Razer’s biggest E3 unveiling this year – but it was also kind of besides the point. Like Google’s Daydream announcement a few weeks back, this is a reference device, a way of showcasing hardware designed specifically to work with the company’s software.

OSVR VR is Razer’s attempt to build a hardware ecosystem for virtual reality, away from the proprietary nature of companies like Oculus, HTC and Sony, whose chief concern is getting and keeping people in their own virtual reality offerings.

“A huge part of OSVR is enabling the community,” Razer Product Marketer Jeevan Aurol told TechCrunch in an interview at the company’s booth. “We offer a product which the community can upgrade, change and use it as their own to further their own VR needs.”

At $400, it’s certainly not the most premium headset out there. But the company’s not looking to compete directly with the Rifts and Vives of the world, even though purchase will be open to consumers. It’s pretty big and chunky and, as one might expect from a reference design, and doesn’t contain many of the niceties we’ve come to expect from more expensive reference models. 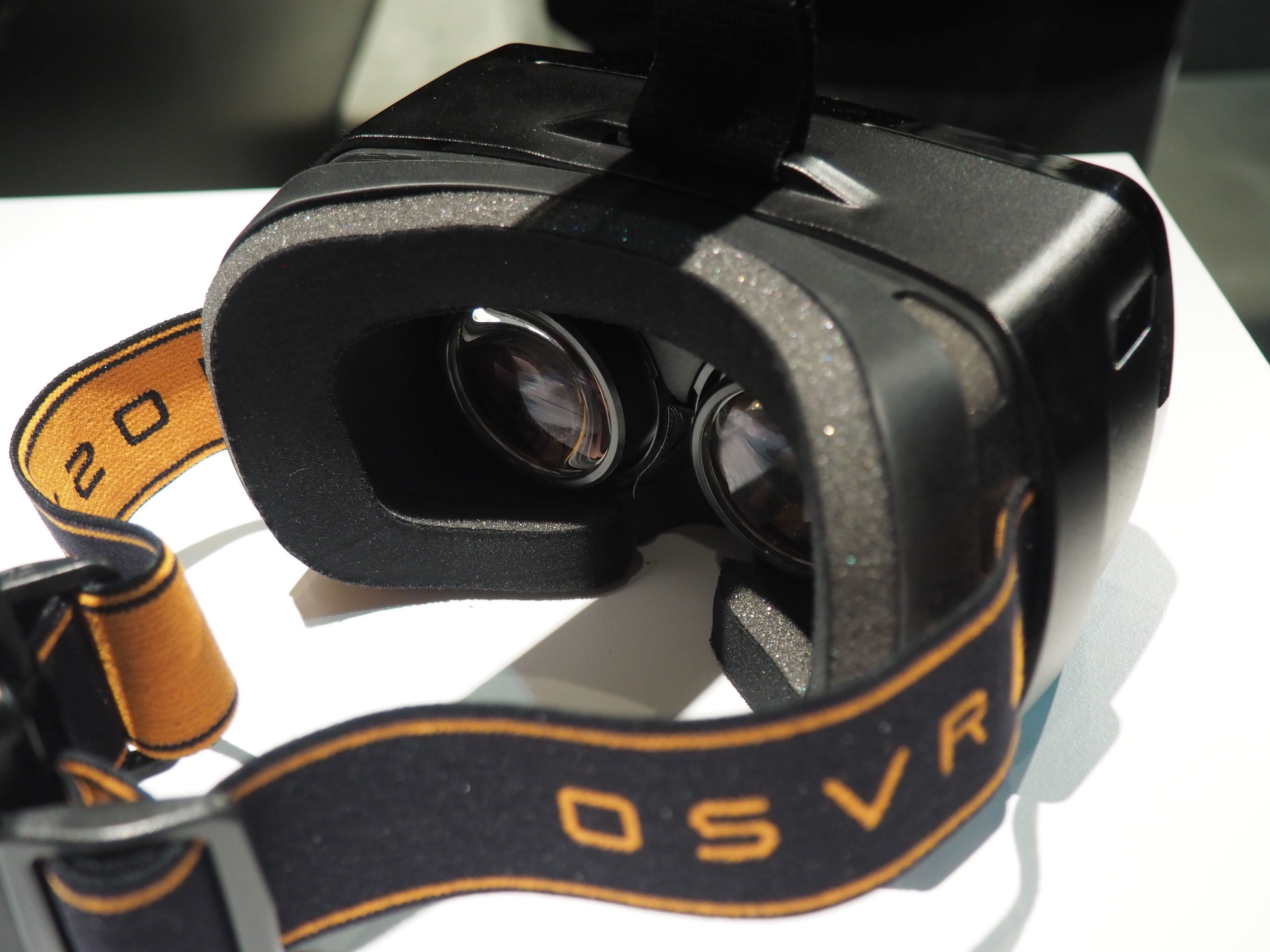 Razer is certainly couching the initiative as an altruistic method for bolstering the developer community. The company offered up a good chunk of its booth space to startups like Gloveone, which has developed an impressive glove-based peripheral that both tracks motion and features haptic feedback to simulate touch.

“OSVR is a software platform that facilitates the growth of an open ecosystem,” adds Jeevan. “Different brands of hardware can coexist within this ecosystem. That allows for compatibility and allows a consumer to walk into a store and purchase any type of headset they want, with any type of controller they want.”

At the very least, the growth of the ecosystem positions Razer extremely well to develop consumer-facing hardware of its very own. The gaming peripheral maker is, however, still a bit cagey. Says Jeevan, “There is a strong possibility that we will make VR hardware for the industry in the future.”