I can’t help but think about shock collars when I wrap the bright orange silicone around my wrist. They’ve always seemed fairly cruel. And yet, here I go, putting one on myself — not for barking or wandering out of the yard, but for the crime of having a hard time getting my butt out of bed at 6AM.

And while I certainly have more agency in the matter, the comparison isn’t entirely inappropriate. After all, even the name “Pavlok” brings to mind a pack of dogs salivating in anticipation of mealtime. What the name is meant to invoke is a sort of forced conditioning. The full version of the hardware is designed to curb all sorts of bad habits, with a “manual zap” button users press when bad thoughts enter their head.

The Shock Clock version that launched on Indiegogo this spring is focused largely on helping people get out of bed in the morning. The company calls it “the only alarm you’ll ever need.” Of course, it’s a bit more complicated than that (isn’t that always the way?). For starters, the wristband needs to be connected to a smart device, meaning you’ll need to keep you phone or tablet pretty close to your bed to keep the connection — and for other reasons we’ll get to in a second.

The compatible PavlokAlarm app is pretty barebones. There’s a button to pair the device, an adjustable time setting and options to toggle between how much of a rude awakening you want — a haptic buzz, sound or the titular zap. Set it, strap on the band and, you know, go to sleep. 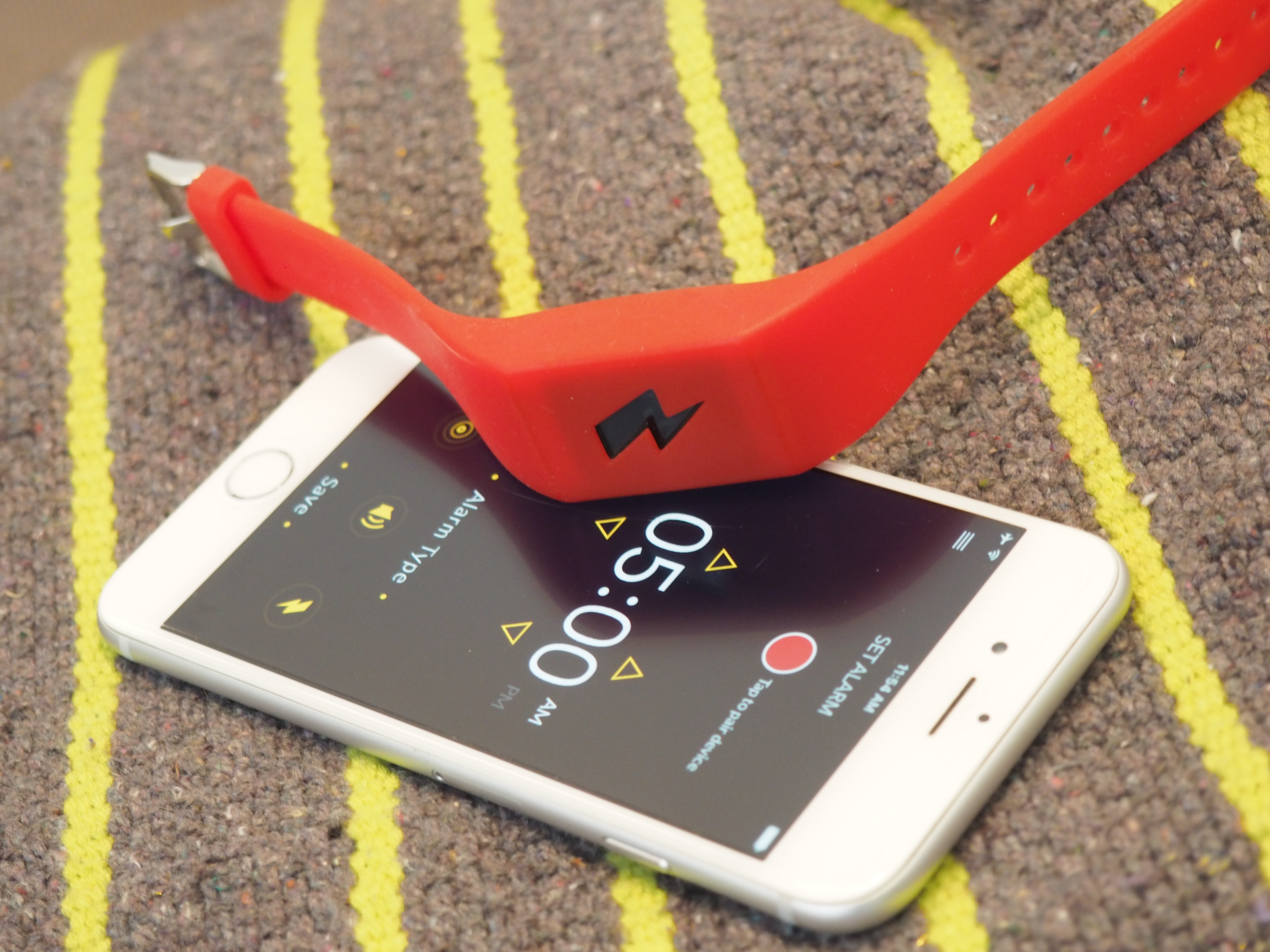 When it’s not electrically zapping you, the Shock Clock is reasonably comfortable. If you’ve ever worn a fitness tracker to bed, you pretty much know what you’re signing up for here. The module that slots into the silicone band is a bit bulkier than what you get on a lot of fitness bands, but not so much so that it’ll serve as a distraction as you attempt to sleep.

As far as the alarm functionality goes, things work pretty much as advertised. You set the alarm and get the wakeup method of your choosing — at which point you get to scramble to find your phone to shut it off (or in the case of me a few mornings, just unhook the wristband and be done with it).

Vibration is really the most pleasant of the bunch. It’s a bit like getting a smartphone notification to the wrist. Assuming you’re not a super deep sleeper, that should do the trick. The sound option, meanwhile, doesn’t really offer much advantage over just setting the alarm on your phone, but you might want to set it to go off in tandem with another method, just as a backup.

And then there’s the shock. It’s…intense. It’s not painful, exactly, but it’s a bit more of a jolt than I was anticipating. Honestly, it’s not my preferred method for getting out of bed in the morning, but until someone builds a smart alarm clock into a puppy that will lick my face until I wake up, it’ll have to do. And besides, this is Pavlovian conditioning we’re talking about here. 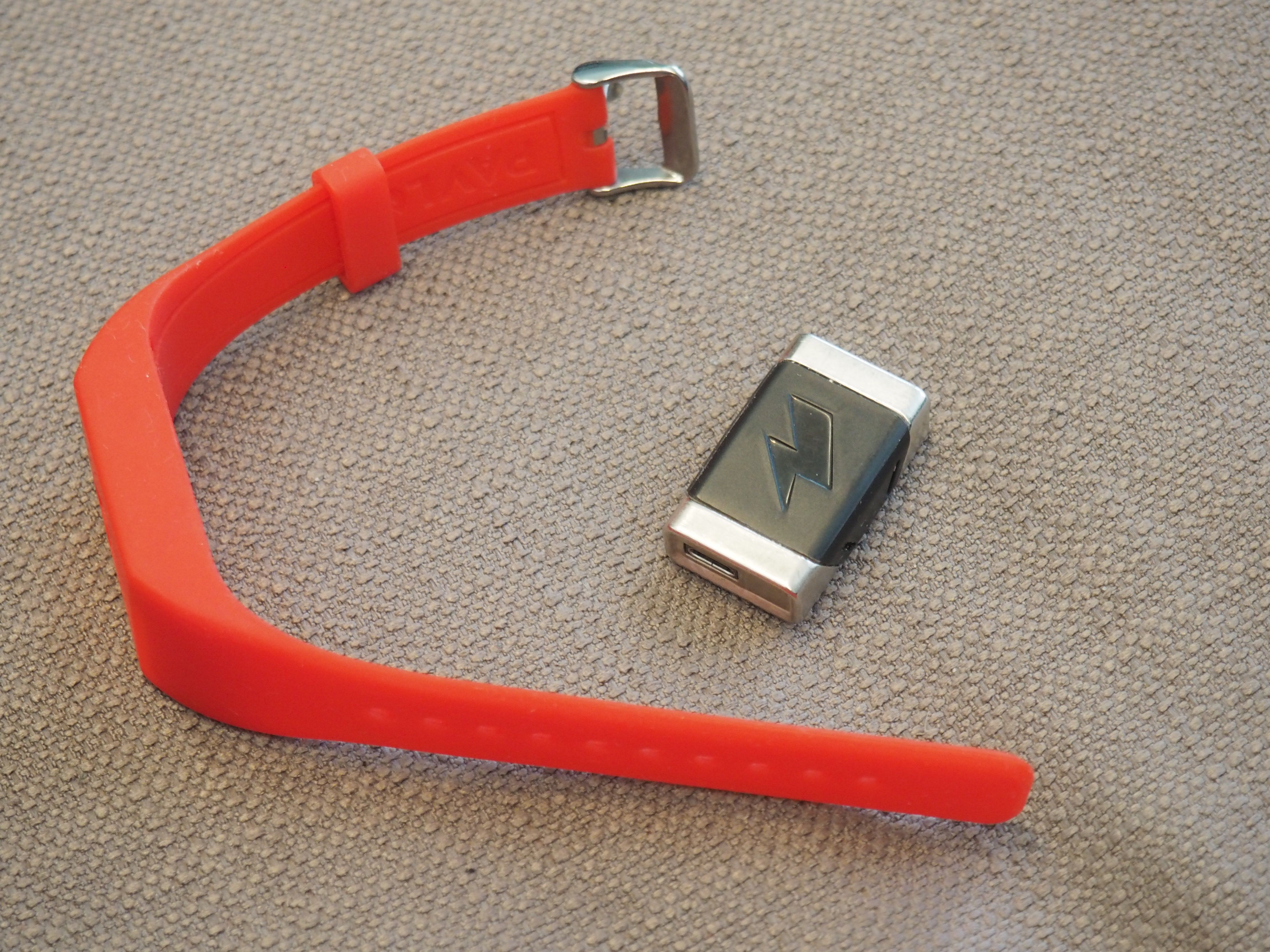 And that’s really the thrust of the Shock Clock. The product ships with an “evidence” dossier, explaining that while “Pavlok is not a medical device and no medical studies have been conducted to test its efficacy,” scientists have been studying the effects of electric shocks on behavior modification. The booklet goes on to list several studies, including one from the 1970s that apparently curbed one subject’s heroin usage. With that in mind, waking up on time is a pretty modest ask.

I haven’t been using Pavlok long enough to be properly conditioned. I still need my alarm, and honestly, I’ve stopped wearing it to bed. The fitness tracking I have on right now is enough sleepy time wearable for me at the moment — as I suspect it will be for most. But who knows, perhaps there’s potential for integrating that into a more well-rounded wearable.