If you’re looking at your Instagram today, you might notice something has changed: older posts from friends and other accounts you care about are now appearing above those that were shared more recently. Yes, the new Instagram algorithm that rearranges the order of posts to show you the “best” posts first is now going live.

We already knew that the company was planning to reorder our feeds.

In March, Instagram announced plans to move away from showing posts in strict reverse chronological order, and instead boost those based on the “likelihood you’ll be interested in the content, your relationship with the person posting, and the timeliness of the post,” as it explained at the time.

If you think that sounds a lot like parent company Facebook’s News Feed algorithm, you’d be right. As Facebook came to understand long ago, the posts people want to see aren’t necessarily those that are the newest. They’re those that matter to you, personally.

But since most of us aren’t on our phones 24/7 – hey, even the busiest people sleep for a few hours per night! – we tend to miss posts from our favorite people. This is especially true if you’re trying to keep up with friends in other time zones.

As Instagram says in its brief announcement published on Thursday, on average, people miss 70 percent of their feeds. And as Instagram has continued to grow and expand – the company now reports over 400 million monthly users – the number of photos and videos on its service have increased as well. That’s why it’s making this change. 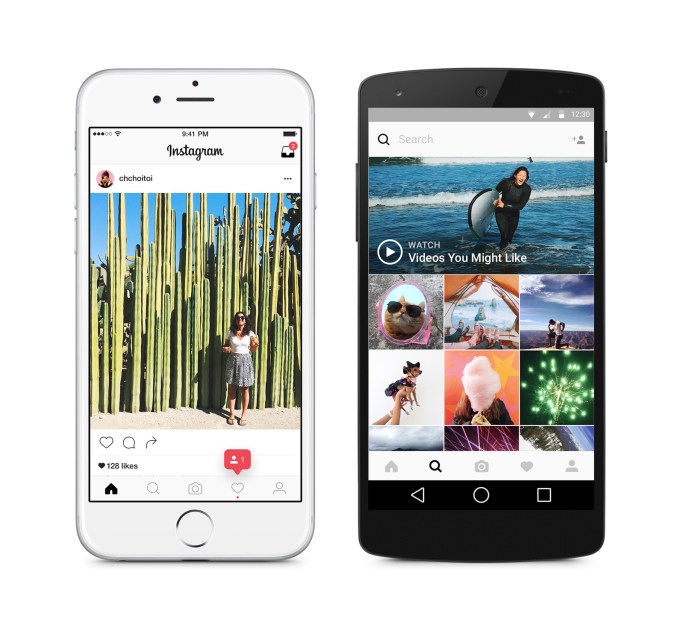 Naturally, the original announcement from earlier this year caused a lot of concern among professional Instagrammers and brands. They were worried that this switch would mean their followers wouldn’t see their posts as often, and begged users to turn on notifications.

Their concerns may be justified – after all, if brands are not posting content that users engage with, their posts could be buried further down in users’ feeds as of now.

That change could also fuel Instagram’s advertising efforts, of course.

However, earlier this week, Instagram began rolling out new tools for businesses that will help them address that problem. And just in time.

With a new in-app analytics system called “Insights,” brands can better understand the demographics of their audience, including where they are, when they tend to engage, what posts perform well, and more. If the brand sees one post is doing well, they can transform it into an Instagram ad with just a few taps in the app, too.

These new tools are arriving in the “coming months” for businesses in the U.S., Australia and New Zealand, and will reach the rest of the world by year-end.

The new Instagram algorithm for users is now going live – or, at least, if you aren’t seeing it yet, you will very soon, according to the blog post. How soon? According to an Instagram spokesperson, the rollout will reach the entire user base in the month ahead.