Google has announced an update to its “My Account” service launched last year which will now include a feature that helps users find their lost or stolen phone. You’ll soon be able to find this new option just by googling “I lost my phone,” the company says. While Google already offered tools for Android users with missing devices, this expands Google’s phone-finding help to iOS devices.

Before, Android phone or tablet users could access the Android Device Manager to locate, ring, or remote wipe their device right from the web, similar to Apple’s “Find my iPhone/iPad.” And you could already search Google for “find my phone” to kick off this functionality, too, if you were an Android device owner.

Now, explains the company, users of both iOS or Android devices will be able to access similar options from the My Account page. Via the new “Find your phone” feature, you’ll be able to locate your phone, lock it remotely, call it, secure your account, leave a callback number on its screen, and more. 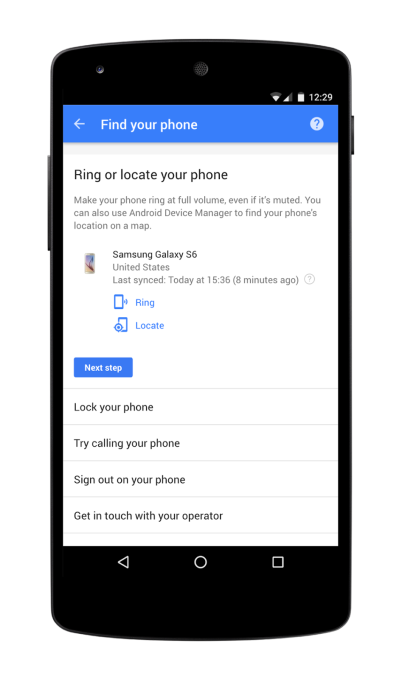 But in testing, it’s clear that Google can’t actually take control of iOS users’ devices. Instead, it directs users to Apple’s iCloud to find and lock their phone. Plus it offers a tool for calling the phone, and lets you sign out of Google services remotely, which is helpful for protecting your account from hacks. It also includes suggestions on how to reach out to your carrier or a local lost and found on Google Maps.

Google is also making it easier to reach the feature, as well as the My Account site in general. In the latter case, the company says that, in the near future, you’ll be able to find the site just by searching Google for your own name.

You’ll be able to launch the site from the Google app, too, by saying “OK Google, show me my Google account.” This works today in English, and support for other languages is coming soon. 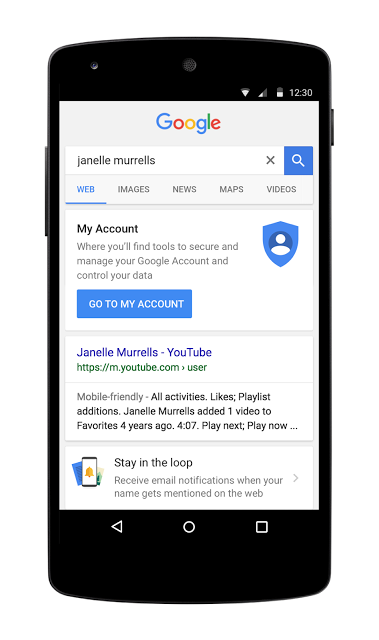 The My Account site, for those unfamiliar, launched almost exactly one year ago to offer Google users centralized access to privacy and security settings across the company’s services. Today, that includes things like Ads Settings, plus Privacy and Security checkups. The idea is to make it easier to manage and protect your data and privacy as related to Google’s many services in one destination, instead of having to visit each property individually.

To date, over a billion people have used My Account, Google says.