Some days it’s hard to get excited about Bluetooth speakers. That’s not a statement of judgment, really, it’s just that the space has been flooded with a lot of like-minded devices that are honestly pretty tough to tell apart. And then something like the Beoplay A1 comes along and gives you hope that maybe there’s still a little more excitement left in the category after all.

Even at first glance, it’s clear there’s something different going on here. Bang & Olufsen’s/B&O PLAY’s “budget” speaker is a departure from the standard Bluetooth bar. The form factor is best described as a button, a circular shape with the grille on top and controls along the side. The design, coupled with the on-board microphone, also makes the A1 a solid speakerphone. Pair it to a handset, and boom, instant conference call.

Honestly, it looks a bit weird at first glance, particularly when coupled with the leather string that hangs off the side like a bolo tie. But B&O has never been one to shy away from interesting designs for both form- and function-related purposes. Created by Danish furniture designer Cecilie Manz, the form factor frees the speaker from having to sit around on a desk all day. 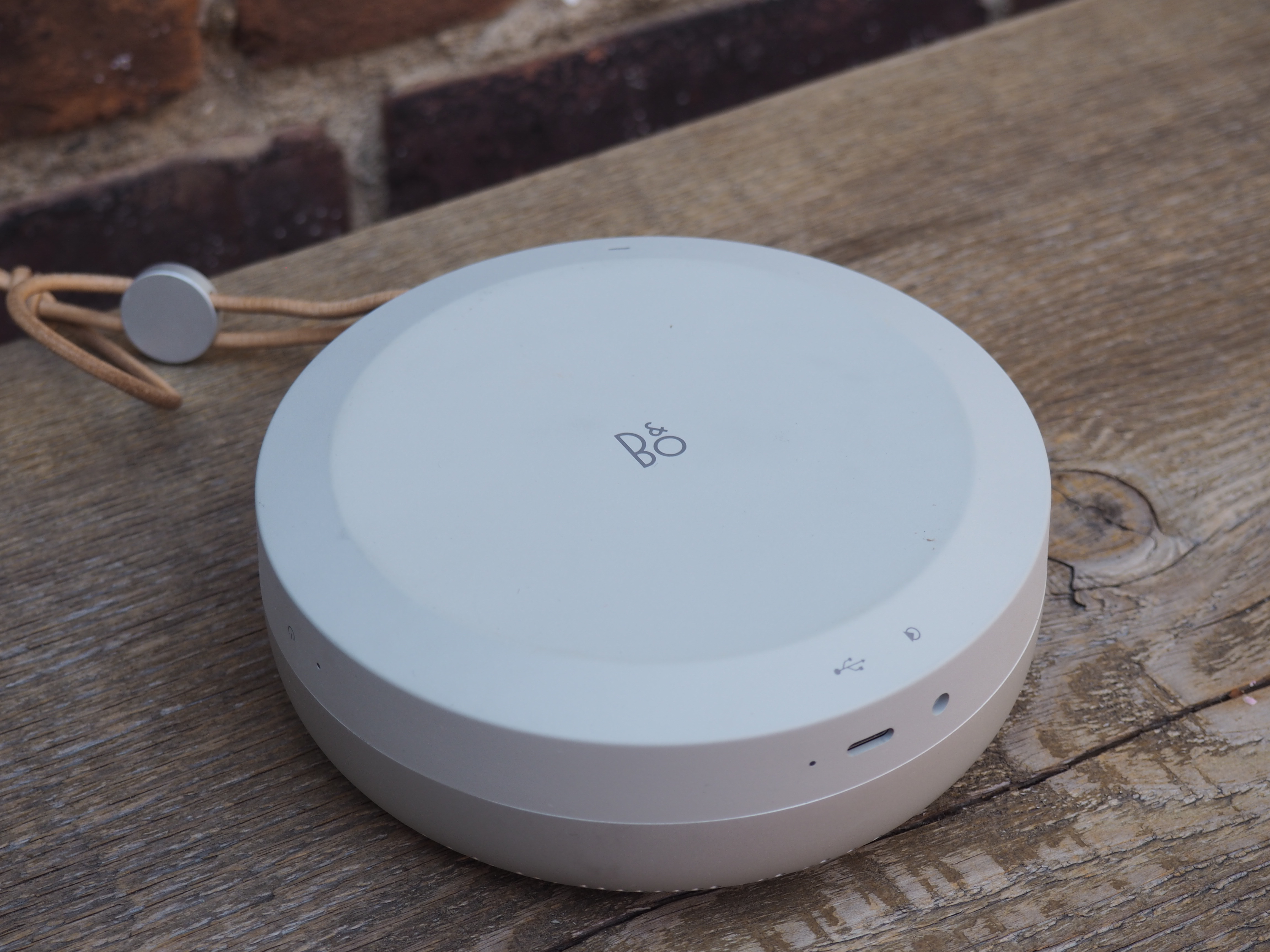 It’s a bit like the UE Roll, in that you can hang it on the wall, tie it to a backpack or throw it in a bag to take with you (as I have been doing to and from the office for the past few days). The Beoplay A1 doesn’t, however, look and feel a lot more substantial — and premium — than Logitech’s device. And that kind of build brings some comprises in terms of ruggedness.

That’s not to say the speaker is fragile — it’s scratch and dust resistant and strong enough to take a few knocks, should you decide to take it camping, but don’t expect to, say, take a shower with the thing. Really, if ruggedness is a primary concern, I would look elsewhere. That said, the Beoplay looks a heck of a lot better sitting on a desk or bookcase than the sporty, neon UE Roll, which is the energy drink of the Bluetooth speaker world (making the A1 something more along the lines of a dry martini). 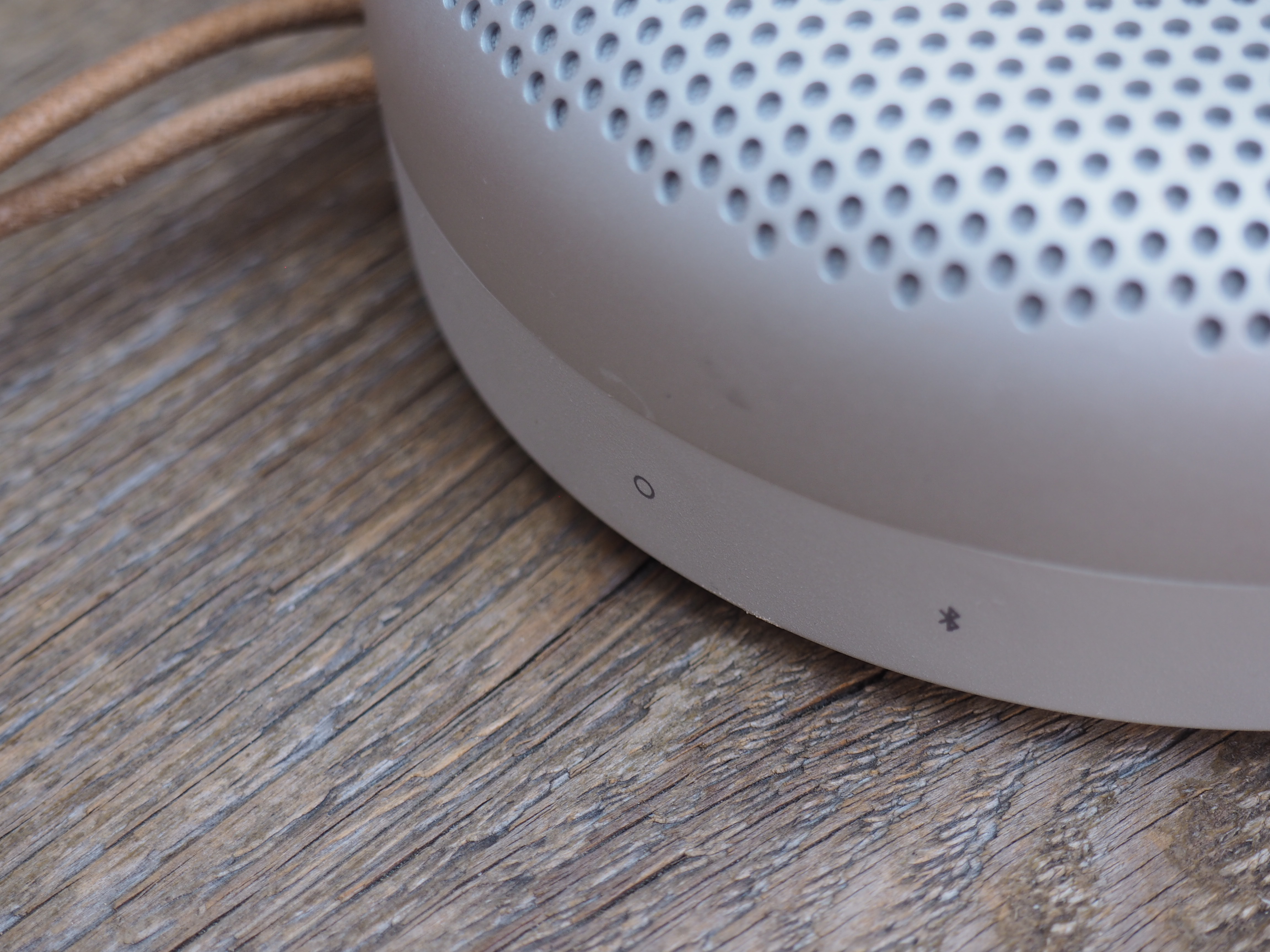 Most importantly, the thing sounds great. B&O has done a really great job jamming a lot of sound into a little device. The speakers deliver a nice mix of highs and lows in a full and surprisingly powerful sound from a small circumference. The speaker also gets plenty loud, capable of volumes higher than some larger speakers, without risking distortion.

B&O also goes big on battery life, with a promised 24 hours by the company’s count. I found that I was able to use it for several days without having to plug it in. And when that time comes, it does so via USB-C for extra speed. 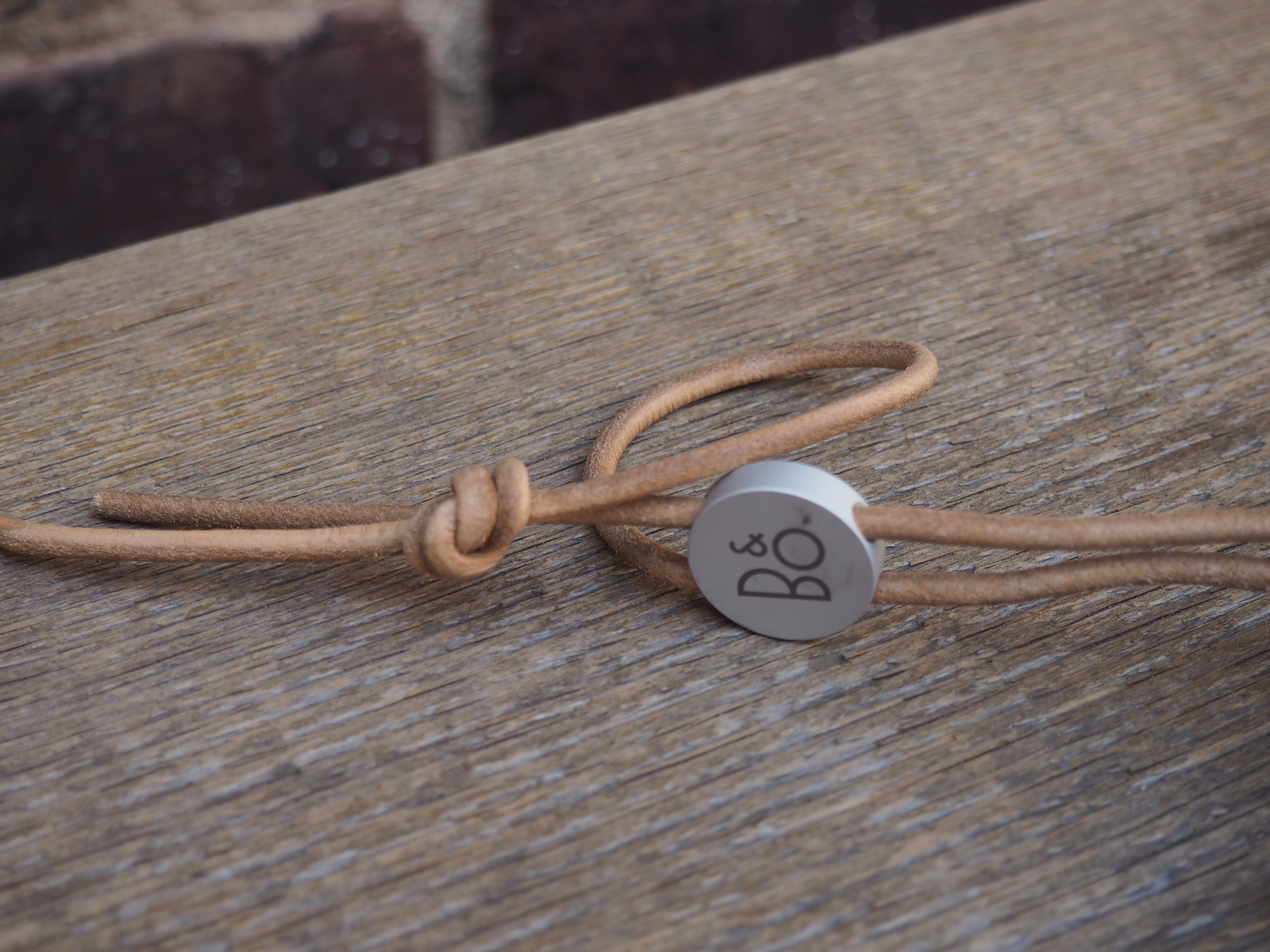 The caveat here, as with so many B&O products before it, is price. As mentioned before, this is a “budget” speaker for the company, which still puts it toward the high end of standard Bluetooth desk speakers at $250. There are a lot of much cheaper units on the market that offer decent audio, but for those looking for a well-crafted, great sounding system with long battery life, the Beoplay delivers the goods.