Around the world, thousands of citizen activists have turned to the Internet and social media as tools to expose oppression and organize non-violent resistance to incredibly violent regimes.

However, many of these tools leave their users exposed to potential acts of reprisal from the very powers they seek to challenge.

Whistler aims to change that. 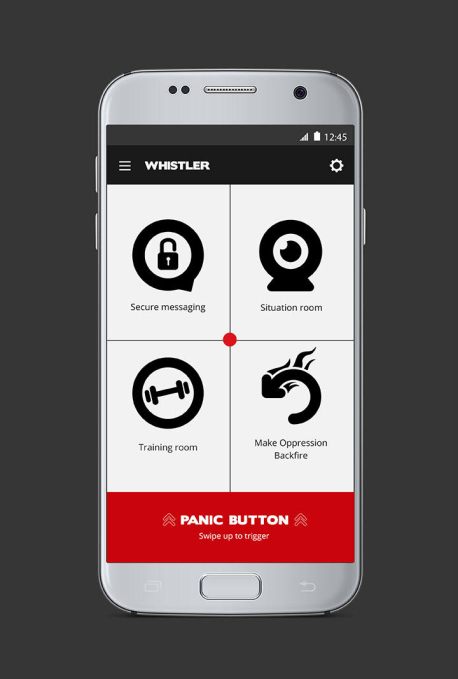 It’s the brain child of Srdja Popović, a Serbian dissident and political activist, and Nico Sell, the founder of the secure messaging service Wickr and the Wickr Foundation.

The two met at the Oslo Freedom Forum, a gathering devoted to increasing communication among human rights advocates and their supporters, and began discussing how to create secure tools for activists to use in crisis situations.

The need for these kinds of secure forums is something that Popović understands all too well. As a young activist in Serbia, he founded Otpor! (Resistance!) which was instrumental in ousting the repressive Yugoslavian president Slobodan Milošević.

Harnessing his work with Otpor!, Popović founded the Center for Applied Non-Violent Action and Strategies (Canvas), a non-governmental organization that aims to educate activists in successful ways to fight authoritarian regimes — drawing heavily from Popović’s own experiences.

And Whistler, the app under development with the financial support from Sell’s Wickr Foundation, is the next step in the evolution of Canvas’ mission.

Already, the curriculum that Popović has developed with Canvas has served as a blueprint for activists in countries including Iran, Zimbabwe, Ukraine, Palestine, Belarus, Tunisia and Egypt. And the organization took its mission a step further by providing a virtual curriculum for students globally through an initiative developed in conjunction with Harvard.

Whistler brings all of that to mobile phones through an app that takes advantage of all of the phone’s features as an audio and video recording device, as well as its Internet connectivity.

Initially built for the Android operating system, Whistler will be designed with functions that allow for the easy dissemination of photos, video and audio; secure communications among activists, NGOs, and journalists locally and internationally; access to training resources on digital safety and non-violent activism; and finally a “panic button” that will alert an individual’s social network securely in the event of an arrest, detention or extreme surveillance.

The button will also act as a data shredder, and provide geo-location updates in case an activist is brought to a black site (one that’s off the grid and not officially sanctioned, but where security forces typically disappear political agitators).

“What we are talking about with Nico is trying to find out about the needs of people in oppressed societies and what technology can offer them,” says Popović of Whistler’s mission.

It turns out that while technology can offer activists a lot, it’s very much a double-edged sword — at least when it comes to publicly available tools like Facebook, Twitter, Skype and others.

Here is where Sell’s experience with security and encryption become vitally important.

Sell warns that the tools employed by normal civil societies are built for consumers who don’t have to deal with the problems of authoritarian censorship or surveillance. Most services collect user information to monetize their audiences, Sell’s organization warns. And governments take advantage of that openness, and the inexperience of users in oppressive regimes to target, intimidate and prosecute activists.

Hence, the need for Whistler.

“What you try to do is you want to give a built-in tool for the oppressed,” says Popović.

So, the Wickr Foundation is giving Popović the money and support to develop this built-in tool. Whistler is, in fact, a business, but one that will kick all of its revenues back into the company to make the product better.

For Srdja, perhaps the most powerful aspect of Whistler is the ability to network activists from around the globe.

“I’m more interested in how activists can learn from each other,” he said. “There aren’t so many ways where activists in the Ukraine can see a viral video from Venezuela. One of the most powerful things about this is seeing that the recipes for successful non-violent struggle are low-risk and replicable.”