John Biggs Contributor
John Biggs is a former TechCrunch editor and is currently the editor-in-chief of Gizmodo. He's started and run a number of startups.
More posts by this contributor

In the two years since HP announced it was entering the 3D printing space speculation arose regarding what exactly the PC giant would launch? Home 3D printers for the masses? All-in-one manufacturing machines? Amazing teleportation devices? Nope. They launched a big printer for industrial users that prints in full color in a way that is unique in the industry. The bottom line? HP made an inkjet printer for solid objects.

The company had to start somewhere. This new printer has some impressive specs, even at $130,000. It currently prints black nylon at “340 million 3D pixels or voxels per second” by laying down a layer of nylon powder, coloring it using HP’s inkjet-like technology, and then fusing it with energy. This means you can print things 25% faster than standard printers and in a wider array of colors than is currently available. As Peter Weijmarshausen of Shapeways notes, “We know that better quality, lead times of 1 or 2 days and lower prices are exactly what the market needs.”

This is just the beginning. I suspect HP is trying to build the office copy machine for small manufacturing businesses. By allowing you to create parts quickly for pennies a print they are adding true mini-manufacturing capabilities to small businesses and improving lead times for designers in larger shops. They write (the sentence fragments below are sic):

 HP’s vision for 3D printing is the revolution of part manufacturing (how parts are made) and the part distribution supply chain (where and when parts are made). In the near term, accelerating the creative process by making far more useful parts available to a much broader audience. And in the longer term, disrupting supply chains with 3D printing technology. In order for that disruption to occur, there must be significant changes in the economics of 3D printing and in the standards for maintaining quality.

In other words they want these parts to go into finished products and not just act as easy-to-print prototypes.

This isn’t exactly what the world was expecting. I think the original expectations from HP for a far more egalitarian system that would provide a 3D printer on every school desk. However, given the current 3D-printing climate, something like this priced at well below competing printers is a good choice as a pioneering solution. The inkjet feature – essentially a system for painting nylon before its fused – is clever and the products it produces are sufficiently unique that I could see this as part of a 3D printing lab’s customer offerings along with other solutions.

To be clear this isn’t “full” color – yet. The prints are still limited to swathes of color and I suspect the coloring process slows things down slightly. However a speedy single color product is still better than the current industrial offerings. Now we just have to see if the 3D printer ink will end up costing more than the printers.

I’ll admit that I originally thought I would scoff at HP’s 3D printers. The company hasn’t innovated in a meaningful, visible way for nearly two decades. While I’m sure there was plenty of exciting stuff behind the scenes the fact that this (and their new venture arm) is the only sign of life coming out of a company that once defined disruption is pretty sad.

But all is not lost. The new HP Multi Jet Fusion technology is definitely interesting and it puts HP in the running. As it stands the only way to print a colored 3D object right now is either with an MCor paper printer – it essentially paints the edges of a piece of sliced paper – or via a lengthy combination of automatic and manual dying. This solution is far more efficient than I expected to see. 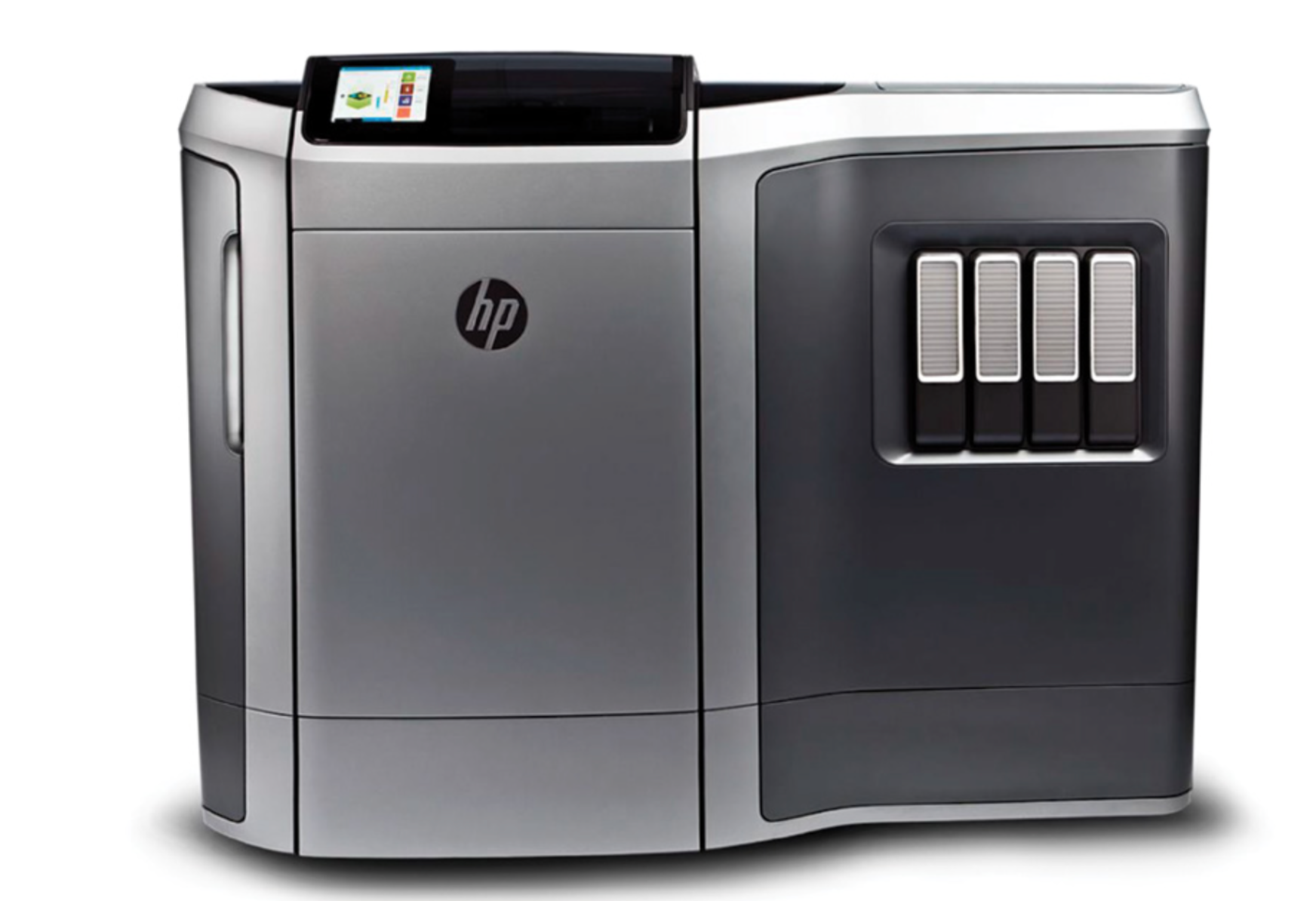 In the end HP’s foray into 3D printing is first a way to escape the trap of falling commodity 2D printing profits and, second, a way to show the world it still exists. When the company split into enterprise and consumer companies things didn’t look good for the consumer business. While HPE beat expectations, HPQ, the company’s consumer arm, was volatile at best. Currently the story is that 3D printers could revive HP’s consumer business. Instead I’d say 3D printing will push HP into an entirely new era, allowing them to abandon the commodity PC and printer hardware that has thus far been an albatross around their necks.