GoFundMe seems to be everywhere these days; my social media feeds are never too many posts away from a campaign from the company raising funding for a cause or a goal.

The company’s appeal is easy to understand: it is enabling tiny acts of philanthropy between friends, family, and communities. This week, the platform celebrates its community crossing the 25m donors milestone. 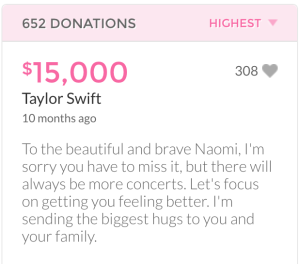 GoFundMe’s success is perhaps not that surprising; it was the platform Taylor Swift used to make a $50,000 donation to a girl who had to miss her concert due to cancer treatment (well, after they changed their maximum donation limit), it is being used by WWE stars to raise money and has been in the news frequently — for good and for bad.

The platform, most recently valued at $600m or so, is aiming to bring crowdfunding down to a micro scale, making it easy to raise money from small groups of people, for specific goals.

Given that the GoFundMe collects 5% of all donations as its fee, it’s easy to see why there might be a bit of a party going on in its offices at the moment. I’ll save you having to do the math: 5% of two billion is $100m, and while the company does re-donate a chunk of the money to causes on its own platform, it’s safe to say there’s a lot of money in the charity business.

Broad in scope and full of hope

As a platform, the GoFundMe side is exceptionally broad in its scope, and the site is full of absolutely gorgeous stories that’ll restore your faith in humanity.

Take Hailey’s Harvest, for example, a campaign where over a thousand people donated to help a 9-year-old girl help spend her free time building tiny portable houses, which she and her mother deliver to members of their local homeless community.

Hailey received broad media attention and a lot of support from around the world to help her build little houses for the homeless in her city. 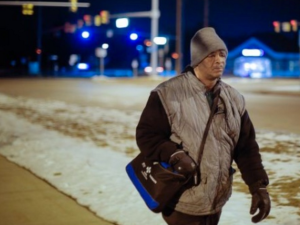 James Robertson on his way to work

Or how about one the site’s most popular campaigns, raising a ludicrous amount of money to help James Robertson buy a car, after he’d spent ten years walking 21 miles per day to get to work, without missing — or even being late — a single day. The story went viral and the part of the internet who loves a good story leapt at the opportunity to help out.

For all the good the site does, there is an uncomfortable undercurrent, too. It probably isn’t the site’s fault — fraudsters have been adapting new technologies to part fools from their money for as long as there has been fools and money, but but when browsing through campaigns for an hour or so, I did find a significant number of campaigns that just didn’t sit quite right.

The variety of campaigns available on the platform is staggering.

Some of the problematic campaigns merely tasteless, along the lines of “I’m bored, buy me a Playstation”, but I imagine public ridicule among their peers will eventually stamp that sort of thing out. Other campaigns are more worrying. In one campaign, a single father raising money to help care for a disabled child is besieged in the campaign’s comments by anti-vaxxers. In other cases, reading the campaigns makes it obvious that it’s worth doing an extra round of due diligence before reaching for your wallet; there have been quite a few cases of fraud, especially in the aftermath of natural disasters.

The platform deals with this by clarifying that “Donors should only contribute payments to GoFundMe users they personally know and trust”, but of course, the most successful campaigns fall outside of that recommendation, and given how easy it is to find iffy campaigns, perhaps it’s time for the platform to step up its policing and moderation of campaigns.

It’s obvious that there’s a place in the crowdfunding space for sites like GoFundMe; it works extremely well when it is used to raise funding from friends and family, and the peer pressure effect combined with the feeling of helping out a friend in a time of need is a potent cocktail that effects a real difference in people’s lives at a grass-roots level. Here’s to the next 25m donors!