Uber announced today that it has assembled an advisory board from around the globe to help guide the company on public policy as it continues to expand into new markets. The board includes members from every continent except Africa and Antarctica.

Uber now operates in 70 countries but, although it’s grown rapidly, its expansion has been rocky at times. Last month, the company settled a U.S. labor lawsuit for $100 million. It also pulled its carpool offering, UberPOP, from most of the European countries where it was initially offered after it sparked destructive protests.

These are the kinds of growing pains that the company hopes its advisory board will help it to avoid. Uber’s new public policy advisory group includes:

The roster is less of a road map of where Uber plans to go and more of a look at where the company has been — Uber already operates in all of the countries represented on the new advisory board. But Uber expects that its advisers will offer regional insights beyond the borders of the United States, Peru, Brazil, India, Australia, Saudi Arabia and the Netherlands. 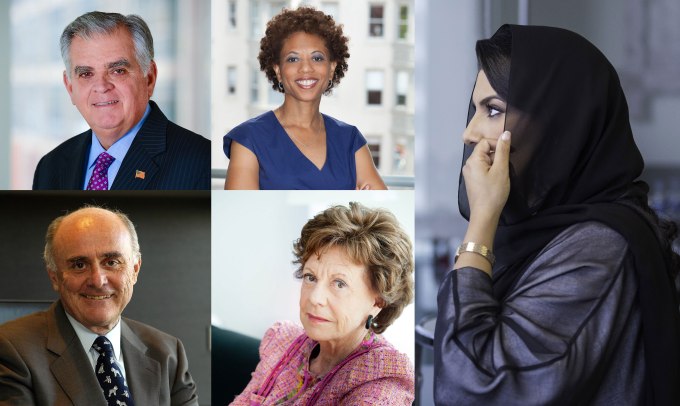 The board will help Uber navigate as it expands into new countries — but it seems that Uber has its eye on shaping yet-to-be-established public policies that will govern the ridesharing economy. Uber chief adviser David Plouffe noted that, only a few years ago, California was the only place that had regulations in place for ridesharing.

“Today more than 70 jurisdictions in the U.S. do, and many other places around the globe are following suit, including in Australia, Canada, India, the Philippines and Mexico,” Plouffe wrote in a blog post announcing the new group.

Uber has sparred with regulators in California and beyond, often facing hefty government fines, and it’s easy to imagine why the company wants to avoid this moving forward. Plouffe referenced his company’s brash reputation in the post: “Uber has a reputation for getting straight to the point (sometimes a little too quickly),” Plouffe wrote. He said he hoped the board’s advice would be “equally direct.”

The advisory board held its first meeting earlier this week. “We had vibrant discussions about every aspect of our business and the unique challenges and opportunities Uber faces around the world,” Plouffe added.