By the time the Form 1 began shipping to Kickstarter backers, the market was already flooded with countless 3D printers built around the same basic plastic extruding technology.

But Formlabs offered something different. The Massachusetts-based startup eschewed the RepRap process offered up in popular consumer machines from companies like MakerBot and 3D Systems in favor of a more complex stereolithography approach previously only found on high-end industrial models.

The company’s offerings seem to have struck a chord with the maker community. Six months after shipping its first product, the company received $19 million in funding. Late last year, Formlabs launched the simply named Form 2, effectively doubling the company’s sales since its launch in September, according to statement from a company spokesperson. 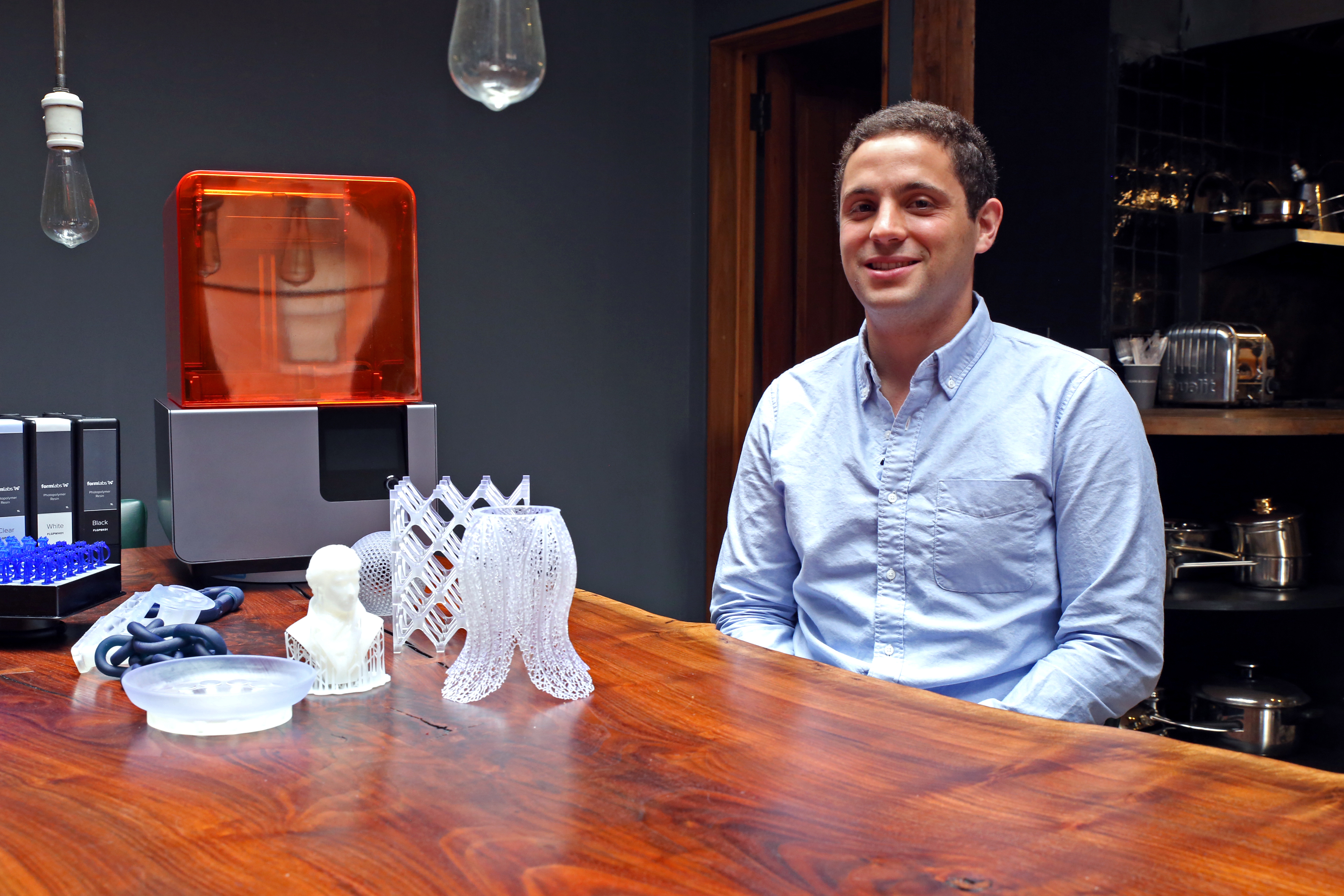 Now the hardware startup, which currently employs 160 in its Boston and Germany offices, is taking a big swing at user outreach with the acquisition of the Vancouver-based online community Pinshape, a company that began life as part of the Mountain View incubator 500 Startups.

“We’ve been following Pinshape for a while and have been really impressed with what they’ve built,” Formlabs CEO Maxim Lobovsky told TechCrunch. “It’s one of the fastest growing online communities, and we’ve been asking ourselves since we got started what an online community would look like for FormLabs, what would be relevant for our customers and whether we should build something.” 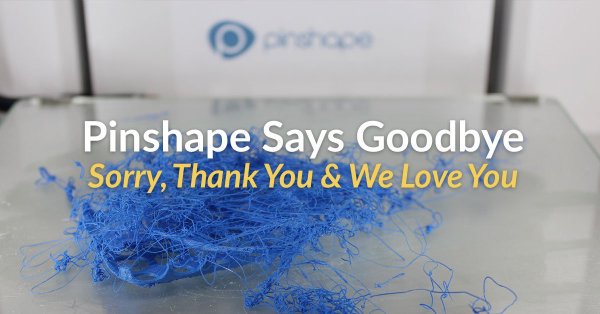 The move follows a March 31 announcement from Pinshape’s blog stating that the company would be terminating its services. A day later, the company posted a swift reversal, stating, “We’ve had an overwhelming amount of interest and support from the 3DP community and we’re hopeful that we’ve found a company that shares our vision of Pinshape to take over. As a result, there will be no interruption in service!”

According to Formlabs product lead Product Lead Dávid Lakatos, the decision was not as abrupt as back to back blog posts might make it appear. Rather, it was the culmination of six months’ worth of discussion. Lakatos adds that the community will remain unchanged for the time being.

“In a very abstract sense, it’s about enabling people with tools to make multiple versions of their designs,” he explains. “Down the road, this means we want to reach a wider audience, and I think Pinshape is the bridge to that greater community down the road. The most important part for us now is to keep on growing the community and keep on supporting it.”

Formlabs insists that the value in the acquisition is less a manner of monetizing premium 3D models uploaded to the service in the manner of the online storefront launched by MakerBot in 2014.

“It’s not about being a site that just provides stock premium content for people to print,” says Lobovsky. “The more interesting part of 3D printing is creating new things and collaborating. The model of iTunes for 3D printing is simplistic and less interesting than the GitHub model of a collaborative place to build things. Almost all of our customers are professionals. They get value in building a new thing that never existed before.” 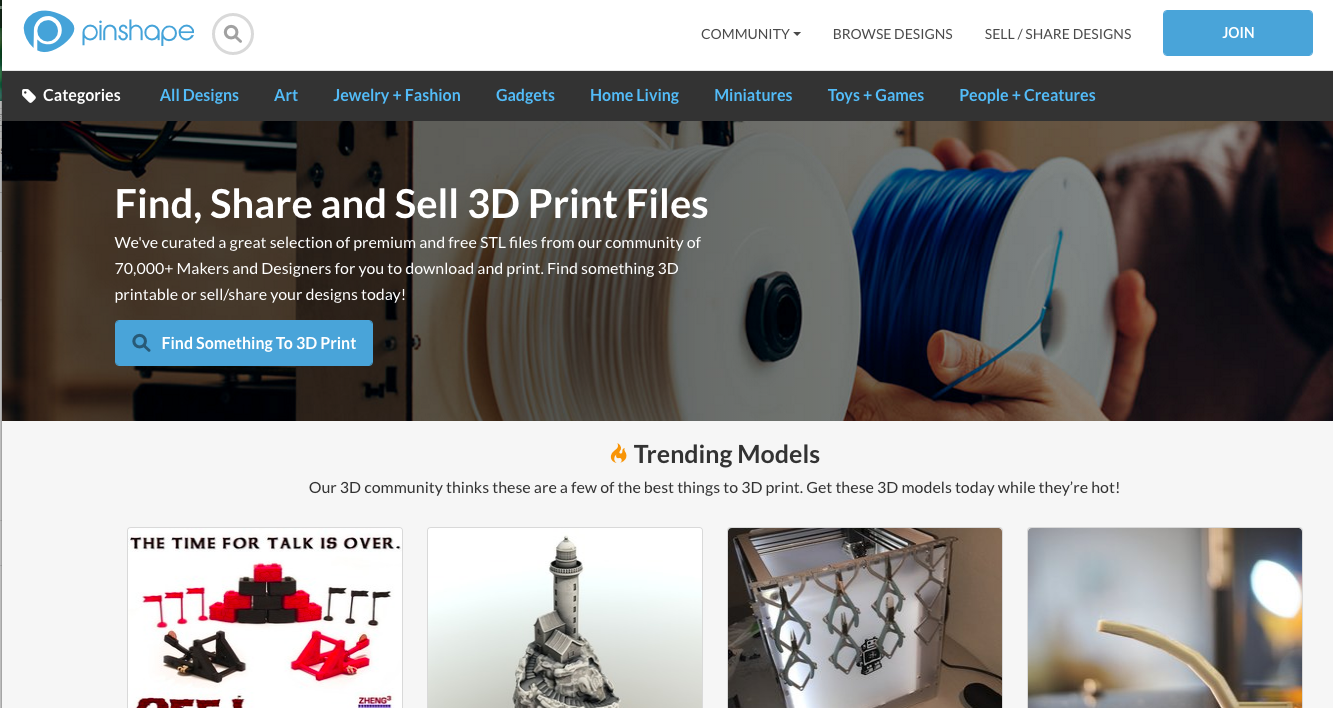 Pinshape CEO Lucas Matheson says the deal was an obvious match. “We had a chance to speak to a lot of companies around the industry and for us it was clear that Formlabs was the best positioned company to take Pinshape to the next level. They have a great team over there. Leaving the community in good hands is a number one priority for us.”

“Leaving the community in good hands” means, in part, transitioning the company from Vancouver to New England, likely in the coming months. Explains Matheson, “right now we’re a team of eight, and the priority right now is working closely with Formlabs to help them understand technology, the platform and the community and to eventually decide in the coming months have we can ultimately transition the platform to the Formlabs team out in Boston.”