Astronomers are getting closer to finding Earth’s twin in the universe. NASA announced that three planets with sizes and temperatures similar to Earth and Venus have been discovered orbiting around an ultra-cool dwarf star 40 light-years from Earth.

While astronomers believe there are many billions of planets in the universe, only 1,966 exoplanets (planets outside our solar system) have been confirmed. And only a small number of those are thought to be Earth-like enough to potentially harbor life.

Astronomers are on a constant quest to find Earth’s twin and while the three exoplanets in question aren’t quiet there, they’re close.

The two inner planets are too close to their host star to be in the “habitable-zone,” which is the zone around a star where a planet could sustain liquid water on its surface – a key ingredient for life as we know it. But NASA says it is “still possible that they possess potentially habitable regions on their surfaces.” 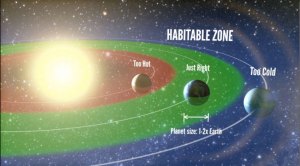 The third planet however, holds more promise. Astronomers believe that despite the fact that it probably receives less radiation than Earth, it could be within the habitable zone. More work will need to be done to gain a better understanding of that planet and its orbital characteristics.

The three exoplanets were discovered using the transit method, which involves analyzing the brightness of a star’s light over time. If an orbiting planet passes between its star and the Earth, that star’s light will appear to dim a small, but measurable amount from our perspective. This passage is called a transit and the transit method is a common strategy employed by astronomers to discover new exoplanets. 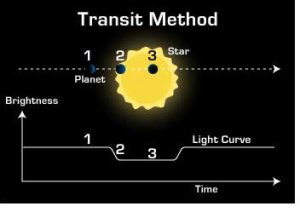 Michaël Gillon from the University of Liège led a team of astronomers who found that the exoplanet’s host star, now known as TRAPPIST-1, faded slightly at regular intervals. TRAPPIST-1, named for the telescope that was used to discover the three exoplanets, is a star that is much cooler, redder, and smaller than the Sun. In fact, it’s just larger than the planet Jupiter. 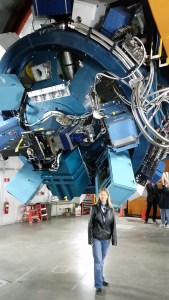 Interestingly, the planets are between 20 and 100 times closer their host star than Earth is to the Sun. However, because TRAPPIST-1 is so much smaller than the Sun, the inner planets only receive four and twice the amount of radiation as Earth does while the outer planet likely receives a little less radiation than Earth.

Now that the three exoplanets have been identified, follow-up observations will be made to determine if life exists on any of their surfaces. Or to be more specific, if life existed 40 years ago, since the images and light from that star’s planetary system has taken 40 years to reach Earth.

K2, the Kepler spacecraft’s (launched in 2009) second mission, and NASA’s Hubble Space Telescope (launched in 1990) are the two space-based telescopes that will be used to further observe the TRAPPIST-1 system.

By measuring the starlight filtered through each planet’s atmosphere, the Hubble Space Telescope can characterize their atmospheric composition. Based on the chemical signature, scientists can make a better prediction as to whether life exists on those planets.

K2 will be used to better understand the orbital characteristics of each exoplanet and ultimately their masses.

While the jury is still out on whether these planets harbor life, they’ve joined the short-list of promising exoplanet candidates that astronomers will continue to observe and search for signs of life as we know it. 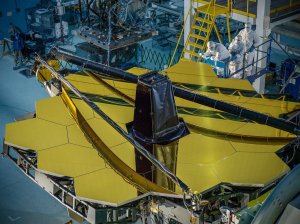 In a few years, astronomers will have an even better tool to study these promising exoplanets. The James Webb Space Telescope will launch in 2018 and has an infrared sensitivity capable of searching for traces of biological activity.