Productivity app maker EasilyDo is best known for its smart assistant for iPhone that lets you do things like organize your travel plans, track shipments, update your contacts, create personalized email alerts, and more. Now the company is taking some of its best features to a just-launched email application that has this assistant feature built in. In addition, the new EasilyDo Mail app offers several unique features aimed at differentiating its app from other alternative mail clients on iOS, including tools to detect and prevent email tracking, ways to quickly unsubscribe from newsletters and automated mailings, email snoozing, and faster search, to name a few.

A year in development, there’s a polish to EasilyDo’s email app that isn’t always seen with new releases. It’s clear the company has taken a thoughtful approach to its entry in this competitive market.

One of the best things about the new mail app is that it immediately seems familiar to those who have yet to break away from iOS’s native email client. Messages are presented to you in much the same way – bolded senders with the subject line and preview of the text that follows; blue dots to indicate unread status; timestamps on the right. The button for bulk editing is even in the same spot – the upper right of the screen. For a moment, you may also be fooled into thinking you’re in iOS’s mail app. 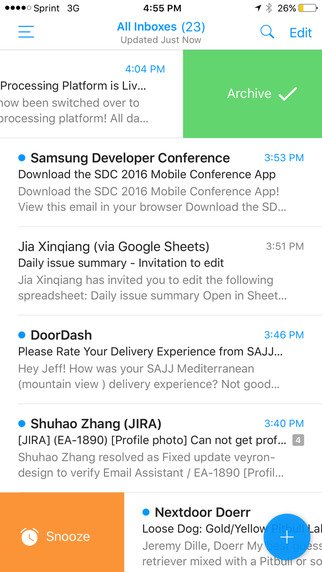 Several of EasilyDo’s smart assistant tools have been ported to its mail app as well, like the ability to track your packages, view tickets and reservation info, or find all the information related to an upcoming trip in a single spot. You can also view your bills and receipts or just pull up all emails with attachments. All of these items are located in the left-hand navigation sidebar, tucked away under the hamburger-style menu at the top left.

Under the “Assistant” heading, which is where your emails have been organized into these helpful categories like Travel, Packages, Entertainment, etc., there’s also a Subscriptions section. 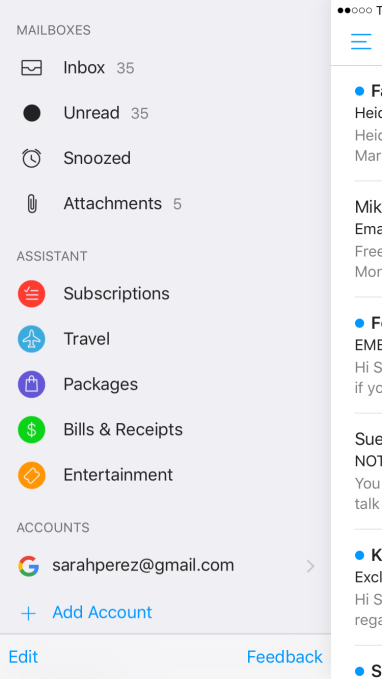 Here, you’ll find a list of your email subscriptions and you can unsubscribe with just a tap. This is one of the most convenient tools in the app, in fact – and something that before required a standalone application like Unroll.me in order to do from mobile. 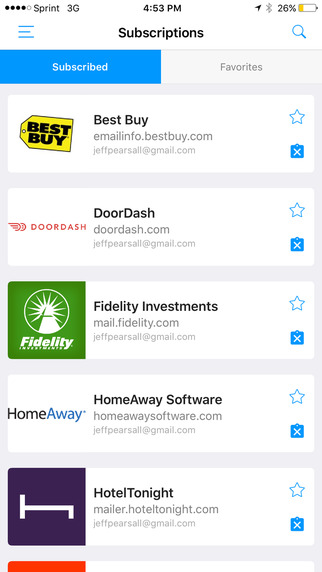 Beyond the larger feature set, the app is filled with other tools and tweaks that speak to an understanding of what sort of things could prompt someone to give up the native email app for a third-party client.

This includes features like the “undo send” and “undo delete” actions, interactive push notifications, email signature customization per account, an HTML composer, real-time sync, the ability to detect and block read receipts, the ability to snooze messages for later, customizable notifications (so you only get pushed alerts for important mail), and faster search by contacts and keywords. 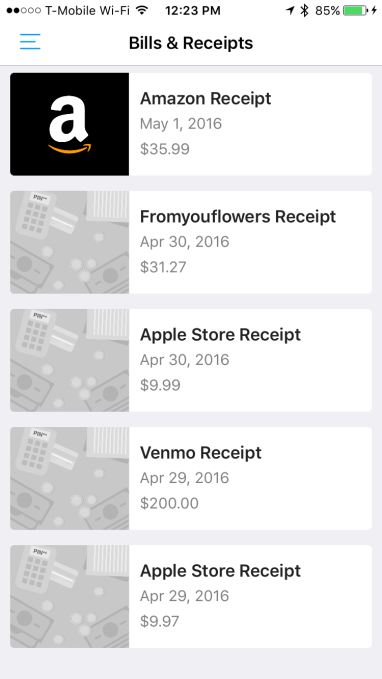 The company took a variety of steps to make the app faster than other mail clients, by doing things like tuning the app for each interface (Gmail, Yahoo, etc.); being smart about how messages are loaded; canceling search requests from processing when the user moves onto another task; and hundreds of other adjustments.

Plus, EasilyDo has forgone the typical server-side processing model, which is why it took the 30-person team a year to build this email app.

“That would have been easiest for us…but when we figured out that speed and privacy were important, we realized we had to build it from the client,” CEO Mikael Berner says.

Since its soft launch a few days ago, the company was seeing over 50 percent user retention by the second day, Berner also told us. By the third day, it climbed to over 58 percent.

A number of startups over the years have tried to one-up the default native email application installed on operating systems from Apple, Microsoft, and Google. And when those alternative mail clients are very good, they tend to be snatched up. Sparrow went to Google, for example. Mailbox to Dropbox. Acompli became Microsoft Outlook on mobile. Not all the outcomes were good – Mailbox and Sparrow shut down.

EasilyDo is fortunate that its business model is not entirely consumer-focused, like others have been. It doesn’t entirely rely on the in-app subscription revenues that come from its assistant app. (Of its 2.5 million-plus users, some 2.5 to 3 percent are paying subscribers).

Instead, roughly three-quarters of its revenue comes from licensing its A.I. technology and algorithms to other email providers, including small to midsize developers and a couple “big names.” It has been cash-flow positive for now 18 months.

The new mail app is as much a demo of EasilyDo’s technology as it is another consumer play, but it’s definitely one worth checking out.