This week, Apple’s MacBook got some sweet new upgrades, major tech companies reported earnings, Snapchat’s crazy new 3D stickers hit iOS and more. These are the stories everyone in tech is talking about.

1. Apple’s MacBook got a mid-season upgrade that included faster processors, better graphics, faster internal memory and an hour more of battery life. And if pink laptops are your thing, you can now get Apple’s Rose Gold finish on a Mac for the first time ever. 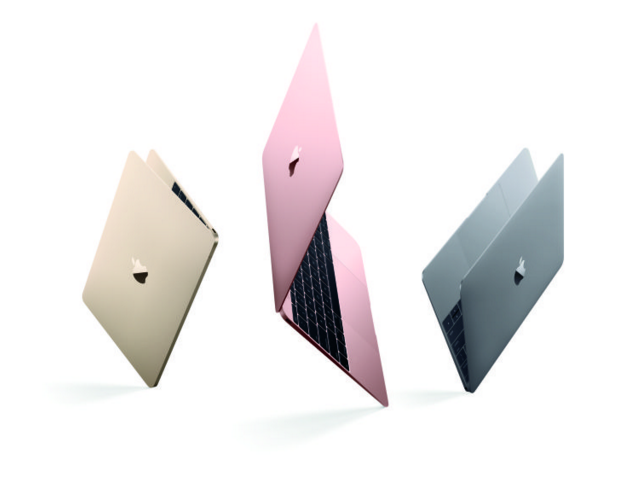 Floating MacBooks. See how they float.

2. We ran the first comprehensive study on women in venture capital and their impact on female founders. Some findings from the report: Only 7 percent of partners at top 100 venture firms are women, and women hold just under 12 percent of partner roles at both accelerators and corporate venture firms. This is a must-read for anyone in venture capital. 4. Earnings season has begun. Alphabet slid 5 percent after missing expectations on revenue of $20.3 billion, Microsoft missed on its third financial quarter, much to the disappointment of Wall Street and Yahoo reported flat earnings amid acquisition talks. Intel reported lower-than-expected first-quarter earnings and announced it is slashing 12,000 jobs, or 11 percent of its workforce. Verizon missed on sales of $32.2 billion and kept quiet about its Yahoo bid.

What you need to know about Alphabet's first quarter earnings http://tcrn.ch/1SndjTH

5. Facebook launched Group Calling because it wants to be your phone. Now, Messenger could serve as a better replacement for Skype. Facebook updated the News Feed to highlight links to sites it thinks you’ll spend more time looking at.

7. YouTube rolled out support for 360-degree live streams and spacial audio — and is the first to do so at scale.

8. LinkedIn launched a vastly overhauled new version of its Recruiter platform, the interface and paid product used by those who mine the company’s database to fill jobs. The new version includes a smart search and suggestions of similar candidates.

9. Snapchat’s crazy 3D stickers that allow users to “pin” emojis to objects in videos hit iOS. Here’s how to use them. In honor of 4/20, Snapchat released a Bob Marley filter that prompted blackface backlash.

10. Tech fatigue: when everything new feels old, and everything different feels dumb. Here’s how to pull yourself out of it.

11. Curb is a comprehensive home energy monitoring system. Matt Burns went hands-on with the $399 system, concluding that it shows a lot of promise in surprising ways.