500 Startups is moving north of the border for its next micro-fund. The fund, called 500CAN, is targeting a $30 million size that will be focused on checking out what investments in Canada are all aboot. 500 is specifically looking to build presences in Toronto and Waterloo where some of the nation’s top engineering talent reside. This fund is going to be headed by 500 Startups local Partner Sanjay Singhal. 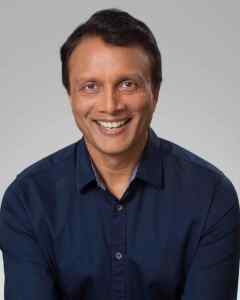 500 has already been pretty active with its investments in the area over the past several main funds, with around 37 Canadian companies having received funding from 500 investors.

Canada’s investment scene isn’t radically different from that of the United States, but the region does have its own advantages.

The weakened Canadian dollar has really made the environment much more advantageous for 500 to seek investments, Singhal tells me. Additionally, Singhal detailed that the positive impact of government incentives to drive entrepreneurship and investments is starting to attract more business.

This particular micro-fund is looking to make investments of typically about C$100,000 (around $77,000 USD) in 50 companies each year, with roughly 20 percent of those companies receiving secondary investments of C$500,000 depending on their growth metrics.

“I’d say the types of investment are similar, but we run at much lower operating costs and, at least at the outset, at lower valuations,” Singhal told me. “So from the perspective of being able to invest in companies that at the same investment levels will have much longer runway and chances at early profit — it’s kind of a goldmine.”

With 500 having pursued so many more seemingly “exotic” and diverse funds that span the globe, from Vietnam to India, Canada can seem a bit more blasé, but Dave McClure sees the move as one that will really strengthen their North American presence of 500 overall and promote closer ties between Canada’s startup scene and Silicon Valley.

“Surprisingly, there’s still not a lot of access to Silicon Valley investors for whatever reason, but a lot of these companies don’t have to change their marketing or geography very much to get to other North American customers,” McClure told me. “They’re already thinking about them anyway.”

Singhal says that the typical Canadian early-stage venture firm operates a bit differently from their Silicon Valley counterparts in terms of risk-taking. Whereas U.S. venture funds typically take around four weeks to scout out an early-stage investment before writing a check, the same process generally takes at least three months in Canada.

“The way they approach early-stage investments is to do a lot of due diligence and spend a lot of time thinking about the model, the team and what the product looks like,” Singhal said. “All good things, but they take a long time to make those decisions.”

500’s entrance into Canada may have broader impacts on how these venture firms shift their investment practices and how the startup scene operates overall, Singhal believes.

“The reaction I’ve gotten from anybody I’ve spoken to here is, ‘500 Startups is coming to Canada? Wow, that’s great. You guys are going to change everything.'”