The Pangu hacking team, best known as the team that delivered the first public jailbreak for iOS 9 devices, has done it again: this time, the hackers have released a jailbreak for the 4th generation Apple TV running tvOS 9.0.x. (specifically, 9.0 and 9.0.1). This jailbreak was promised last week by way of a tweet. However, it’s more aimed at developers looking to port their apps and tweaks to the Apple TV than at end users, for the time being. An interface like Cydia, which makes jailbroken devices more accessible to the mainstream, is not yet available.

Still, the jailbreak itself is a notable feat – there had not yet been a way to hack the newest Apple TV model, the Apple TV 4, and it had been quite some time since an Apple TV jailbreak had been possible at all. There were a number of scams promising ways to jailbreak the third generation device, but the Apple TV 2 had far more solutions for those who wanted to take advantage of this option.

According to the Pangu website, developers who want to jailbreak the Apple TV 4 will need to utilize their hacking tool, which is available for download. They’ll also need a Mac computer, USB-C cable, Xcode and an Apple developer membership.

The process of jailbreaking requires developers to register an account and device on the Apple Developer Center, then create a provisioning profile to install a “development” app on the Apple TV. While this option is typically meant for third party developers testing pre-released software, in this case, the app being installed is the Pangu jailbreak app. And once it’s on your Apple TV and launched, the jailbreak will run. 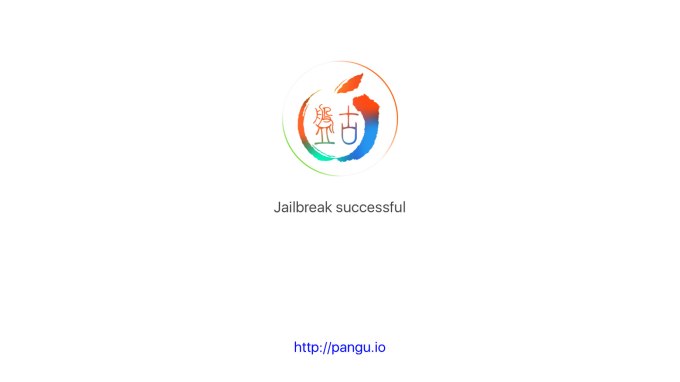 After the device is unlocked, developers can connect to the device via SSH – something that the hacking previously explained would be useful mainly for “security researchers” and other jailbreak developers. (Note that TechCrunch has not tested this software, and can’t speak to its success. Plus the usual caveats apply here – don’t proceed unless you know the risks of jailbreaking.)

One significant caveat to this process is that this jailbreak only works on Apple TVs running tvOS 9.0 and 9.0.1. The current version of tvOS is 9.1.1 and the Apple TV is set to automatically download and update to the latest version. That means many may not have any way to test this jailbreak, as there’s no way to downgrade to an older version of tvOS.

As noted above, this jailbreak doesn’t offer anything for end users and jailbreak enthusiasts to take advantage of for now- but it is a first step in re-establishing a jailbreak community focused on the Apple TV.