You’ve seen The Wolf of Wall Street, you’re handy with some code — you just know you can beat the market, but you don’t have the money to invest. What could possibly go wrong. Quantiacs has the platform for you to experiment and try out strategies — and the money to back your bets, too. 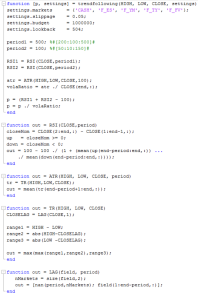 If any of this makes sense, you could have a lucrative career ahead of you.

At the moment, Quantiacs is dogfooding its own systems; the founders have $3.75 million of their own money invested in the platform, running across six different algorithms. Quantiacs has enough faith in its system that it’s publishing the live performance of the algorithms on its website, and the team says it expects to open the platform to external investors starting in May this year.

The easiest way to explain what Quantiacs does is to think of it as crowdsourcing for trading algorithms. The company empowers “quants” — people who create quantitative algorithms — to participate in the industry by connecting their algorithms to capital from institutional investors.

In effect, Quantiacs supplies a platform to run the algorithms and the data required to test whether the algorithms are actually any good. From there, the company is a matchmaker between hedge funds and quants. Investors can choose a set of algorithms that match their goals and risk profile, and the code boffins benefit by seeing their code in use and by sharing in the profits. 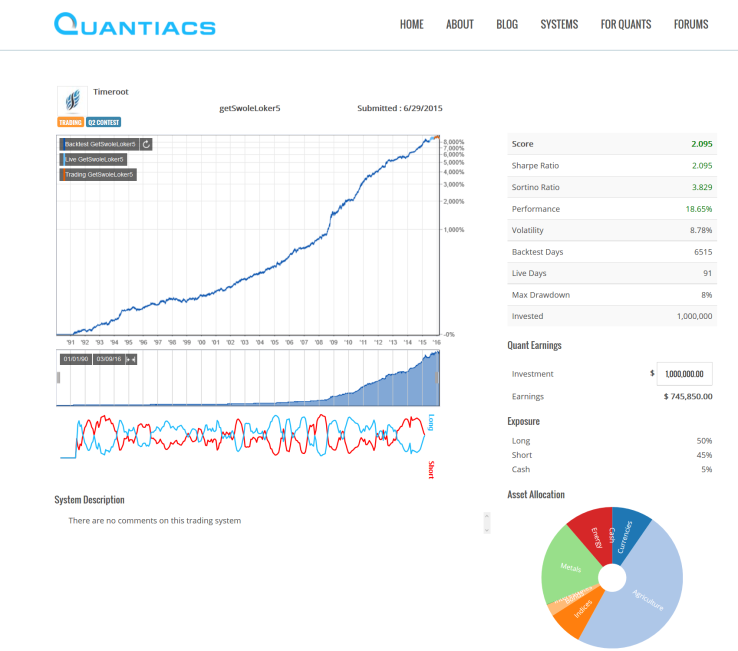 “The traditional model in quant finance is to hire some top researchers, have them build algorithms, and market one product to investors,” says Christian Baha, the man behind Baha Holdings. “Quantiacs is very different. We have a much more efficient cost structure, and are a true marketplace to connect quants and investors.”

Alex Meiburg is a sophomore in college, studying physics — and also one of Quantiacs’ top quants. “I’m not going to claim I know much about the stock market or quantitative trading in general,” he laughs. He was studying the quantum mechanics of spin crystals when his summer mentor introduced him to quantitative trading.

“I was able to approach the problem of quants as just another dynamical system and try to come up with the best explanation of its dynamics as I could. There are some other platforms out there for similar things, but they seem to be more for letting me easily invest in my own code,” says Meiburg. As a college student, however, he admits he doesn’t have the capital to invest, and points out that Quantiacs offers a rare opportunity to see his algorithms in action.

Quantiacs claims that after 18 months in a closed beta, they have more than 800 trading algorithms on the platform, with many of those algorithms having been developed by students using neural networks and other machine learning approaches.

“Quantitative Hedge funds usually charge 2/20, which means 2% of the managed capital per year as management fee, and 20% of the profits as performance fee,” Martin Froehler, Quantiacs’ CEO explains. “Quantiacs doesn’t charge any management fees, only the usual 20% cut of the profits. We then split our income 50/50 with the quant who wrote the strategy.”