Google is launching a new product for enterprise marketers today that will directly challenge Adobe’s Marketing Cloud and similar services.

The idea here, Google senior director of product management Babak Pahlavan tells me, is to provide marketers with a new solution that helps them work more efficiently in a multi-screen world. Marketers today — and especially in large organizations — often still base their marketing effort on what they learned during the desktop era. “But this is about understanding the customer journey all the way to conversion,” Pahlavan explained. 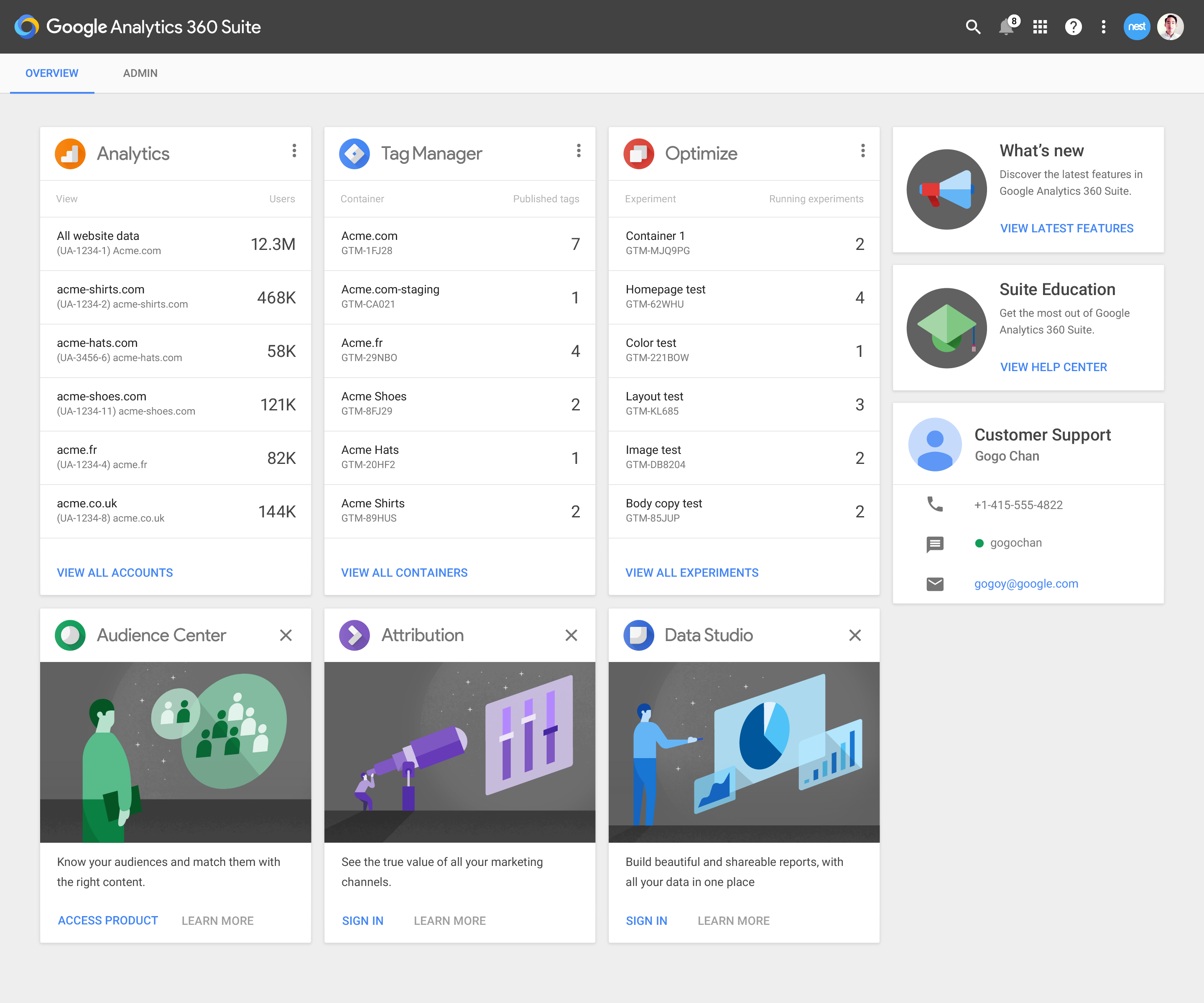 The service, which consists of these six different applications that are all tightly integrated with each other, is meant to help marketers engage with the right users at the right time and help advertisers understand their customers’ journeys better.

The guiding philosophy behind all the new tools was to ensure that they were easy to use, even as they pull in vast amounts of data, and provide marketers with actionable information and not just a barrage of data.

“If you have very complex tools, they don’t get used,” Pahlavan noted. “We focus on simplicity. How can we make tools that are extremely easy to use and that make it easy to collaborate?”

So what’s in this suite? One of the cornerstones of the product is clearly Google Analytics 360 — the rebranded version of Google Analytics Premium. It’s where all the measurement data Google collects comes together, after all.

On top of that, though, Google is also launching Audience Center 360, a data management platform that will be integrated with Google’s own tools (including DoubleClick) but that can also pull in data from third-party providers.

With Optimize 360, another completely new product, Google will now make it easier for marketers to run A/B tests on their sites to, for example, find the best version of a text snippet or image.

The most interesting of the completely new products, though, is probably Google Data Studio 360. This is where all the data visualization and analysis happens. Pahlavan tells me Data Studio was built on top of Google Doc’s collaboration and sharing technology, but it is also powered by BigQuery — Google’s data analytics platform.

Tag Manager, Analytics and Attribution are all rebranded versions of existing tools that will now get additional features (and in the case of Adometry, Google says Attribution has been “rebuilt from the ground up”). Most of these changes are scheduled to roll out over the next couple of months.

The four new products in the suite (Audience Center, Data Studio, Optimize and Tag Manager) are now in limited beta. Current Google Analytics Premium and Adometry users will should see an invite to join the new betas in the coming months.