Skype for Web, the browser-based version of Microsoft’s popular communications software introduced last year, is getting a slew of new features that brings it more in line with its desktop and mobile counterparts – most notably the added ability to dial mobile phones and landlines. The web version also now allows you to bring non-Skype users into a conversation easily, introduces notifications, and lets you watch YouTube videos in Skype for Web itself.

Microsoft says the new features were based on user feedback which helped the company to decide those that needed to roll out first.

To make calls to mobile phones or landlines from the browser, you’ll need a subscription or Skype credit, as on other platforms. Then, once signed in, you can click on the phone call tab, pick a destination, and dial.

Meanwhile, watching YouTube videos is as simple as clicking a play button. YouTube links will include an embedded, playable video that includes volume and full-screen controls, like on the YouTube website, but you’ll no longer need to open a new browser window to watch. This feature follows an improvement to how URLs in general appear on Skype for Web – they now include an image from the webpage, too. 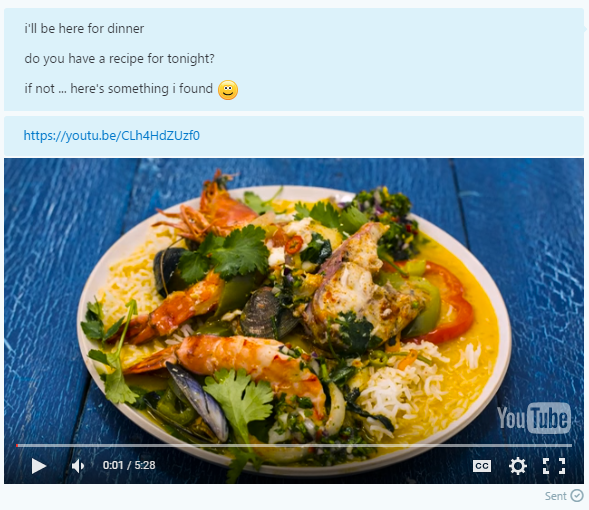 The ability to add non-Skype users to conversations is also something that has existed on other platforms. Designed to reduce the barrier to entry to using Skype, invitees don’t have to download apps anymore or create accounts when they’re invited to join a chat by another Skype user.

This push for more viral adoption of the communications platform comes at a time when the aging Skype is threatened by newcomers like Slack. While Slack started as a way to reduce email by offering a team chat environment for workplaces, it’s now ramping up its efforts to challenge Skype more directly, including by introducing calling features.

Also new in Skype for Web is support for notifications, so you can be alerted to incoming messages even if you’re in another application or different browser tab, the company notes.

Microsoft says these features are the first of many more on the roadmap planned for the months ahead.