DailyHotel, a Seoul-based app that lets harried travelers quickly find hotel rooms, has launched in 10 new Asian countries. The startup was founded in 2013 by brothers Ryan and Jimmy Shin after Ryan struggled to find a last-minute hotel room in Seoul. It has raised more than $10 million from Sequoia India, but declined to say exactly how much funding it has received so far.

While DailyHotel wants to increase its market share throughout Asia (the app is now available in Indonesia, Malaysia, Singapore, the Philippines, Thailand, Macau, Taiwan, Hong Kong, China, and Japan), its expansion currently focuses on Singapore and Indonesia, where DailyHotel already works with 300 and 2,000 hotels, respectively.

“In Korea, we’ve reached the top of the market, so we need to expand our services to other Asian countries,” Ryan Shin, who is DailyHotel’s chief executive officer, tells TechCrunch. 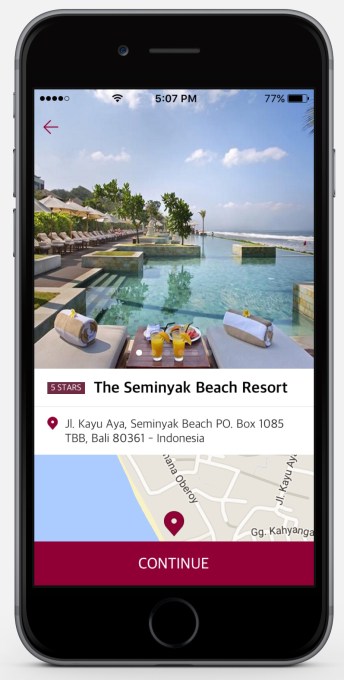 Shin says its ability to strike deals with luxury hotels, help manage their surplus inventory, and provide customers with steep savings on last-minute bookings is how it differentiates from other hotel booking platforms (in Southeast Asia, it competes with other startups that offer last-minute bookings, such as HotelQuickly and In2Nite, as well as established players like Agoda, Hotels.com, and Booking.com). DailyHotel now claims to be on of South Korea’s largest hotel apps, and says that it has grown at a rate of eight times in revenue over the past two years.

DailyHotel woos luxury hotels by promising to fill surplus rooms. Its says its biggest partners in Seoul, which include Hilton Hotels & Resorts, Marriott International, and Intercontinental Seoul Coex, each get over 120 rooms booked through the app every weekend. The DailyHotel app usually has more than 3,000 rooms available at a time, many at a 70 to 80 percent discount.

In addition to launching in new markets, DailyHotel also plans to grow its platform by adding other verticals. For example, it has already started a restaurant booking service in South Korea.