Where there is friction, there are business opportunities. In France, a host of startups are flourishing with the promise to ease the pain of paperwork from user-unfriendly administrations or banks. Examples of such startups include Guacamol for legal paperwork, PayFit for super-simple payroll or Fred De La Compta for cheap, frictionless accounting.

France is known for making it hard for entrepreneurs, namely because the legal environment (tax law, in particular) is quite uncertain (or at least is perceived by foreign investors to be more unstable than that of many other countries). In fact, public services have become a lot simpler in the past few years, but many stakeholders, not all acting in concert, are involved.

Paradoxically enough, being in France is an advantage for such startups: If you can make it seamless in France, you can make it anywhere. The added value of integrating the different steps is bigger both for French and international entrepreneurs in France. These companies can make France more attractive and help accelerate the creation of more businesses. By helping companies in a complex environment, they are setting the bar a lot higher for everyone else. They are imposing new standards for different professions (lawyers, in particular).

Legal tech is a new frontier

The legal market has long been a conservative market traditionally more concerned about perpetuating itself than about solving problems for its clients (the entrepreneurs). All one needs to do to see that is read some of the numerous blogs written by lawyers concerned about automation and AI (these blog posts are seldom about the clients’ problems).

In fact, the revenue model of law firms — billable hours — is structurally incompatible with an alignment of interests between the law profession and its clients. Why would law firms ever want to help create a world where fewer lawyer hours are needed?

In other words, disruption is not going to come from lawyers, but rather from entrepreneurs. Therefore, many new legal tech startups have popped up in the past six years in the U.S. and Europe, which was the subject of a TechCrunch article at the end of 2014: A “legal technology is booming, with companies attempting to disrupt the legal space at every level and from every angle.”

It’s not primarily about automation

The first generation of legal tech startups applied tech and software to help law firms automate a certain number of tasks, like storing documents, billing or accounting. Basically, these startups are about helping law firms be more efficient and maximize the number of billable hours their lawyers could charge. The first legal tech startups are primarily about “efficiency,” i.e., helping to reduce the costs, make more with less.

Entrepreneurs hate bureaucracy because it goes against every bone in their bodies.

The second generation of legal tech startups started disrupting the practice of law, either by giving clients direct access to online software to automate tasks and bypass the lawyers or by operating marketplaces to match lawyers with clients (Rocket Lawyer is  the best example), thus increasing market transparency and competition and leading to lower prices. A good thing, to be sure…

It’s really about integration and design; it’s about empathy

But automation isn’t a goal in itself. After all, people don’t really care whether the service they need is automated or not, as long as it’s seamless, well-designed and cheap enough. Entrepreneurs who want to launch their business want to be able to do it fast and focus on their projects rather than waste time figuring out red-tape issues.

Entrepreneurs hate bureaucracy because it goes against every bone in their bodies. They want the legal hassle to be as painless as it possibly can be. Do they even want to know what’s behind the absence of pain? Probably not.

Therefore, the third generation of legal tech startups is about the integration of all legal and administrative services into a single-service platform that solves all of the client’s legal and administrative problems. The platform that will integrate all services such as registration, incorporation, hiring and contracts, patents, intellectual property and payroll could win big.

At play here is the same logic that is pushing Facebook to integrate all services on its Messenger platform with the creation of bots. A single point of contact! The “tech” in legal tech can finally be exciting because integrating all these services is a challenge.

Guacamol — the name comes from a play on words in French: “avocado” is “avocat” in French, the same word as “lawyer”! — aims at integrating all these services. It is starting with an all-in-one registration package for startups. The company was founded by a lawyer, Sabine Zylberbogen, and an engineer, François Fort. They share the ambition to develop integrated solutions that can be reproduced in all countries.

Guacamol’s main value proposition is to offer to integrate the multiple stakeholders and steps so as to help you incorporate your company in one week. The company fundamentally aims at making it easy for entrepreneurs who want to launch a business. Its design is entirely focused on their point of view. 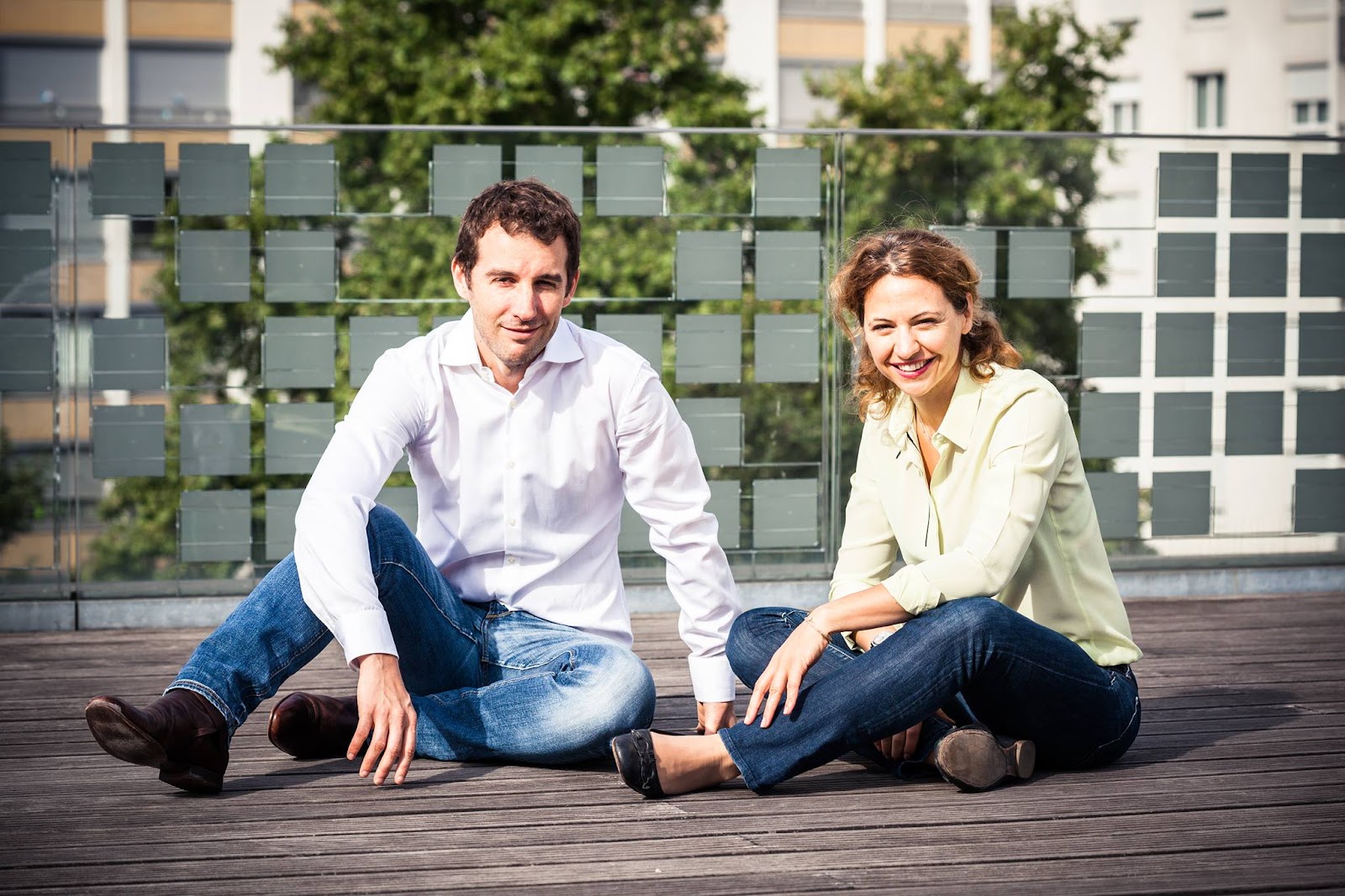 Why France has a card to play in legal tech

France does not have as powerful a legal industry as the U.K. or the U.S., but it is rich in legal and administrative hassle. France’s public services have become more digitized (legal procedures like registering a company are partly digitized), but the digitization of a certain number of steps has led entrepreneurs to expect things to be easier than they actually are. They often don’t know there are all these different steps in the legal creation of a business.

They don’t expect that opening a bank capital account to transfer the funds of their first investors will be so painful. (Banks are always a pain!) They seldom know that the publication of a company’s registration is compulsory and expensive. The publication of legal notices is a regulated profession in France (Les Petites Affiches in Paris and neighboring départements).

Likewise, payroll is exceedingly complicated in France, and thus inaccessible to small and medium businesses without a lawyer specialized in labor law. PayFit developed a software-as-a-service solution for all SMEs to handle payroll without outside help. No specific knowledge is required. All the employer needs to do is answer a few simple questions and the pay sheets are generated automatically.

Employees, too, will use PayFit to get clarifications about their pay sheets. Soon enough, PayFit aims at handling expense reports and pay, as well. The company just raised half a million euros with Kima, Xavier Niel’s venture capital firm, which saw much value in the software. 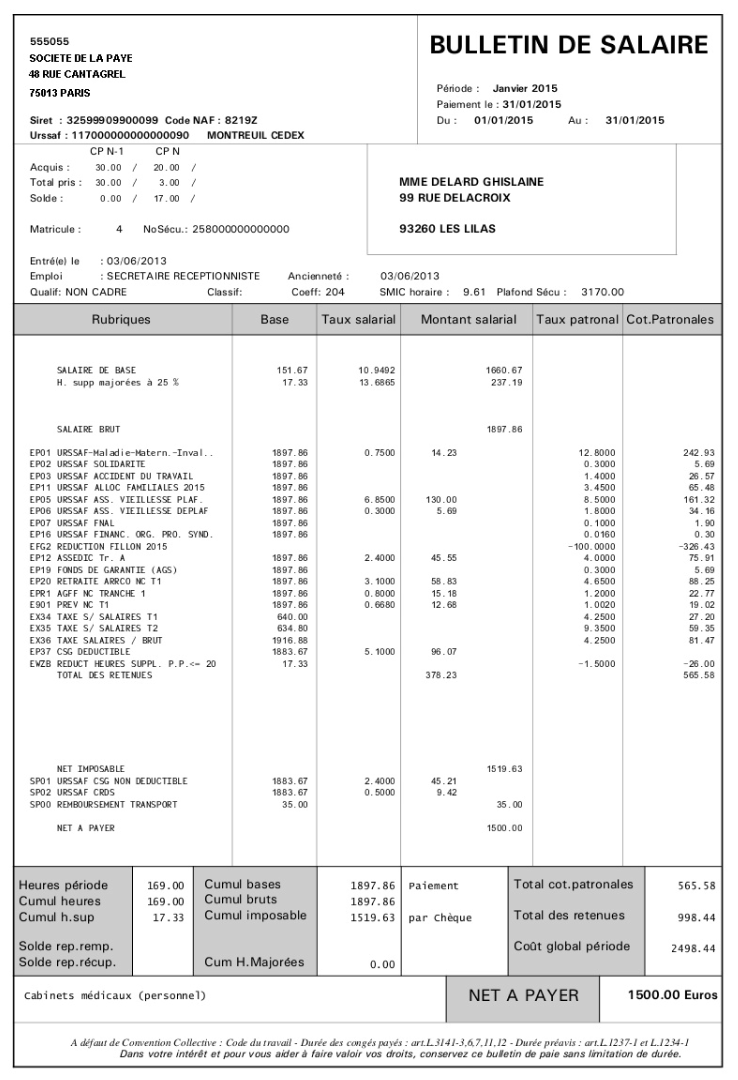 Last but not least, Contract Live, now called Concord, was founded in May 2013 by Mathieu Lhoumeau and Florian Parain. It is a platform that makes it possible for professionals to run all their contracts in the same place, and control every step in the life of these contracts — creation, negotiation, signature — with maximum security. Cryptology is ensured by a company called Cryptologue, of which many banks are clients. Because regulation in France is among the strictest in the world, Concord definitely has a card to play.

Rather than try to change the steps or reduce the number of steps, change the administration or the way banks handle their clients or try to change labor law, these startups could just thrive on top of it all. In fact, what others see as a somewhat “toxic” environment, these startups see as opportunities. In other words, administrative pain means business opportunity.

As entrepreneurship is becoming a way of life in France, there is a growing need for the simplification of processes that remain labyrinthine. France is well-positioned with these new companies whose ambition is to address an international market at once, make it easier for foreign startups in France and for all companies in other legal environments in Europe.