Humanity has been boiled down to six emotions. Today after tests in a few countries, Facebook is rolling out its augmented Like button “Reactions” to all users.

This article has been boiled down to six emotions too. 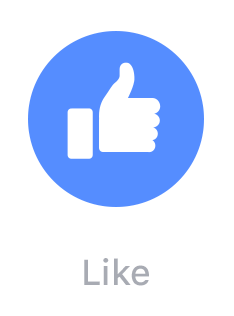 Like – Facebook designed Reactions so Liking is still as easy ever. You’ll see the Like button on every post, but now if you tap and hold on it (or hover on desktop), the Like will expand to reveal the other emotions: Love, Haha, Wow, Sad, and Angry. Drag your finger across and you can select one.

Now instead of a Like count, posts will display the total Reaction count, and show the icons of the most popular Reactions. This way, Facebook doesn’t have to clutter the feed with individual counts of each emotion. If you do want to know the breakdown, you can tap the Reaction count and see who felt what.

This design is smart because if you don’t want to use Reactions, you don’t have to, and there aren’t six buttons on every post. 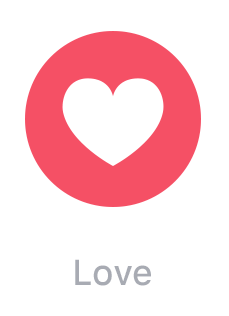 Love – Reactions were created after Mark Zuckerberg told his team “I want to really make it easy for people to give other types of feedback than the Like button in News Feed” according to News Feed engineering manager Tom Alison. Sometimes when a friend shares a post about a tragedy or something that annoys them, it doesn’t feel right to Like it, and commenting can be awkward, but you still want to express empathy.

For example, if something sad happens to a friend, Liking isn’t right, but adding a generic “sorry” comment can feel cold. By hitting the animated Sad button, you can express your condolences and solidarity. With any luck, this will encourage people to be more vulnerable on Facebook. Instead of the constant Success Theater where people only share the highlights of their lives, they might be more real with their friends. 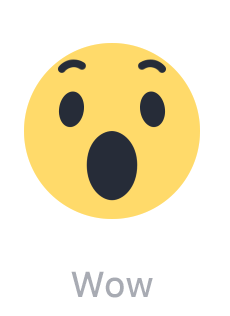 Wow – By adding Reactions, Facebook will now have a much more accurate perception of what we feel and what kind of posts resonate with each of us. It could eventually use that knowledge to better filter the News Feed to show more things that Wow us.

Facebook writes “if someone uses a Reaction, we will infer they want to see more of that type of post. In the beginning, it won’t matter if someone likes, “wows” or “sads” a post. Over time we hope to learn how the different Reactions should be weighted differently by News Feed to do a better job of showing everyone the stories they most want to see.”

Eventually, if you enjoy getting your blood pumping, it could show you more posts that stir up Angry reactions. Or if you’re addicted to cute cats, it could surface more Loveable pet photos. 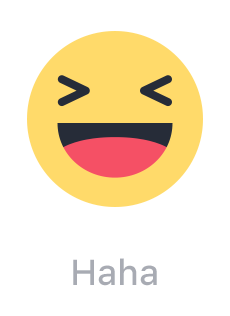 Haha – We comment “Lol” on so many posts that Facebook thought there could be a simpler way. To design Reactions, it looked at the most common one-word comments and stickers used on News Feed posts, grouped them together, and found that these six emoji capture almost every way people feel across cultures.

By standardizing emotions, Facebook could make it easier for people to connect across language barriers. I might know enough Spanish to read a friend’s post, but not how to comment with any kind of complexity. Now I can leave a Reaction, and be confident they understand what I mean. 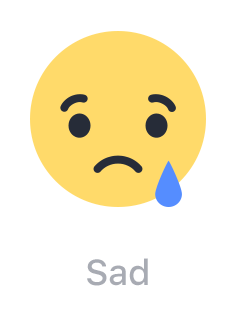 Sad – Facebook seems to have blatantly copied Path’s design for the expandable Like button with extra emotions, yet refused to acknowledge the fellow social network as an inspiration when I asked.

Facebook has always been cavalier about poaching ideas from others, all the way back to the social network’s origin at Harvard. More recently it’s taken to mimicking Twitter’s real-time and trending features, and Snapchat’s ephemerality and content capturing with apps like Poke and Slingshot.

Sometimes there’s just a Right way to design something, and it’s hard to build it differently once you’ve seen it. But tech companies can’t seem to just accept the idea of influences, and no one ever wants to admit they were inspired by someone else. 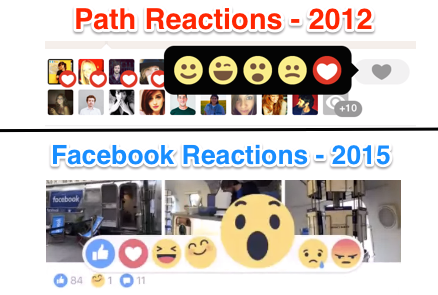 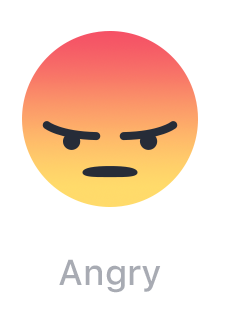 Angry – There’s still no “Dislike” button, and that’s sure to piss some people off.