Launched in January last year, Mintos matches investors with loans they can fund or ‘buy’ from loan originators who seek alternative means of liquidity rather than having to indefinitely fund loans themselves.

It also saves those loan originators having to launch investment platforms of their own, akin to something like FundingCircle. And for investors, it puts a new asset class even further within reach.

Or as Minto CEO and co-founder Martins Sulte tells me, another way to think of the Mintos marketplace is similar to the way Amazon connects merchants selling goods to consumers, but in the startup’s case it’s connecting loan originators selling loans to investors. 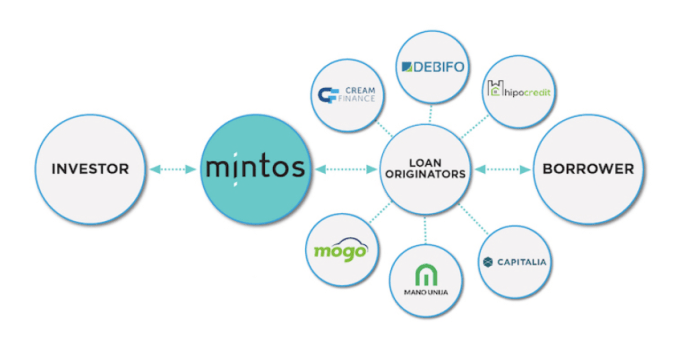 “We are doing something that has not been done in P2P lending industry so far, at least in Europe if not at all. Whereas previously non-bank lenders that wanted to fund their loans via a p2p lending model had to create their own platforms, now they can connect to the Mintos platform as a single marketplace where we connect investors with borrowers,” he says.

To that end, Sulte says the company has seen “great traction so far” and that €13 million of funded loans have been traded via the marketplace, with loan originators connected to the platform funding business, car, invoice finance, mortgage, and personal loans.

“Investors are coming from 40 countries, while loans are originated in Estonia, Georgia, Latvia, and Lithuania, and soon also the Czech Republic and Poland with several other countries in the pipeline,” he adds.