HBO’s move to offer a version of its service aimed cord cutters has inspired other premium cable TV networks to do the same, including, most recently Showtime which debuted its standalone streaming service last summer, and later brought it to Hulu. Today, Cinemax is testing the waters, too, and is now making its content available for the first time to those who don’t subscribe to cable or satellite television.

The catch in this case is that it’s not pitching its own dedicated cross-platform streaming app, but has rather partnered with Internet TV service, Sling TV.

Owned by Dish Network, Sling TV is an effort to bring the best of cable television – including movies, lifestyle channels, family programming, news, and most notably, ESPN – to those who have cut the cord with their traditional TV provider.

The company already offers some premium content to subscribers who choose to add-on various packages to its core lineup. For example, Sling TV resells HBO to subscribers much in the same way that cable TV companies today do.

In fact, Sling’s version of HBO is not considered HBO NOW (HBO’s option for cord cutters), as it’s only available to watch within Sling TV itself, and not in HBO’s standalone HBO NOW mobile or TV apps.

The similarities between the way Sling TV operates and a traditional cable TV subscription could be why it’s the first platform to gain access to Cinemax over-the-top.

According to the company’s announcement, Sling TV subscribers can now add on a Cinemax package a la carte for $10 more per month on top of Sling’s  $20 per month “Best of Live TV” base package, or one of its International base packages.

The $10 fee will offer viewers access to a live, linear channel that can be found in Sling’s programming guide as well as the network’s collection of on-demand content, including both movies and TV shows.

This is the same on-demand catalog you would otherwise be able to access if you paid for Cinemax through a cable TV subscription and then used the MAX GO app to watch while on mobile devices, the company notes. 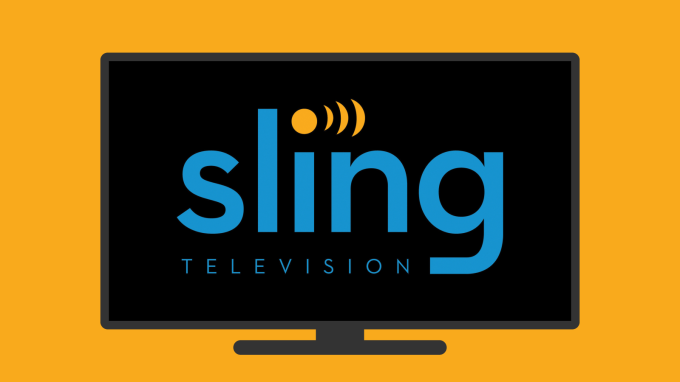 Unlike HBO, which has one of cable TV’s most-watched shows with “Game of Thrones,” Cinemax’s original series are lesser-known, and include titles like “Strike Back,” “Hunted,” “The Knick,” and “Banshee.” It’s also soon introducing a couple of new series, “Quarry” and “Outcast.”

However, the network does rotate through a decent selection of movies, and, of course, it’s known for its sore-core “After Dark” content, too. In total, the channel will offer over 500 movies and TV shows on demand.

“Sling TV is the first live standalone Internet TV service to deliver Cinemax to an audience of cord-cutters and cord-nevers,” said Sling TV CEO Roger Lynch, in a statement. “This announcement comes only days after we celebrated Sling TV’s one-year anniversary. Over the past year, we’ve established a history of industry firsts, and the addition of Cinemax is evidence of our intent to uphold this swift innovative pace.”

The challenge for premium cable TV channels in the cord cutting era is being able to gain a significant subscriber base in the face of heavy competition from major players with large catalogs, like Netflix, Amazon and Hulu. Not only does these services often cost less, some even include the premium channel’s own content – like Amazon offers older HBO series, and others may have similar movie catalogs at times.

HBO, despite being one of the most popular premium networks is now realizing how stiff the competition really is – the company said earlier this week it had grown its over-the-top service to just 800,000 subscribers, which was less than the analyst estimates of 1 to 2 million.