Watch this video for an impassioned look at why Twitter’s growth problem is so tough to solve. But if you can’t or don’t want to, here’s the script:

Twitter had a terrible, horrible, no good very bad earnings day, and unfortunately, the only thing that might save it is a time machine. The company announced that it saw zero growth in its total user count. Excluding SMS-only users, it actually declined from 307 million to 305 million users. That’s despite it launching and buying expensive TV commercials promoting Moments, which was supposed to give Twitter mainstream appeal.

So why is Twitter having such a tough time turning things around? Because it already left a sour taste in millions of mouths. 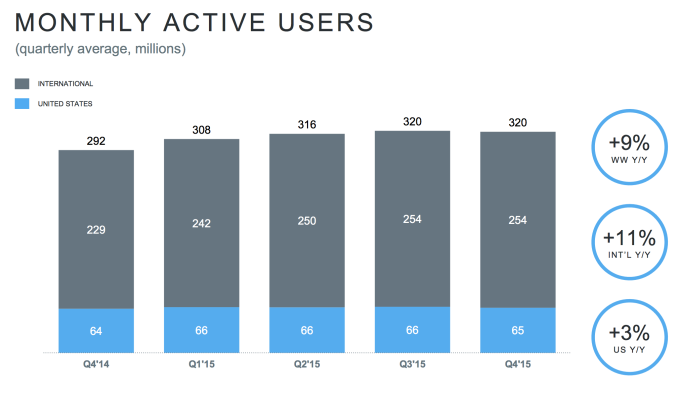 For years, especially in the 2007 to 2011 era, Twitter did everything it could to get people to sign up. It  invaded SXSW with plasma screens full of tweets. It pushed to get hashtags in TV commercials. and its founders went on talk shows like Oprah.

But Twitter was pouring users into a bucket with a hole in it.

The new user onboarding experience was thin and confusing. It ditched people on nearly empty Timelines with little idea about what or how to tweet or who they should follow. Unlike Facebook where they had a built-in audience of their real friends, most normal people found it tough to gain enough followers to make tweeting seem worth it. Celebrities and journalists had no problem developing followings, but average joes and janes felt like they were tweeting into a black hole.

So they quit. Untold millions signed up, got frustrated, and left Twitter before they could realize its potential to make them smarter and more connected.

Now, it’s not getting a second chance. 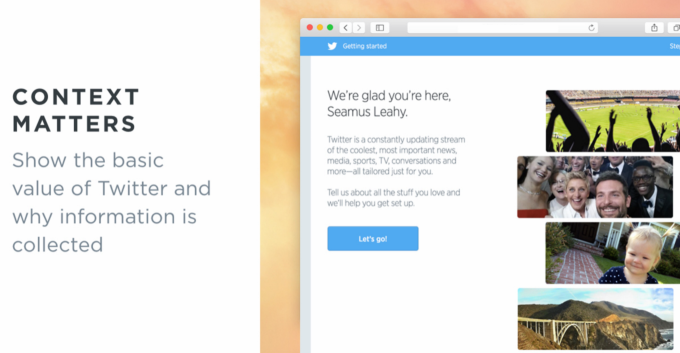 The growth problem came to light as Twitter IPO’d in 2013 and Wall Street wanted to know it would get bigger and monetize more people.

Unable to boost growth rates since, Twitter’s share price is down an ugly 70 percent since a year ago. In the meantime, Facebook became almost inescapable, and while not great at real-time content, it’s got good enough for most people.

Q4 2015 could have spurred a turn around, since Moments launched in October. Yet today Twitter’s weak earnings report saw it stuck at 320 million monthly users, the same as three months earlier. It even lost 1 million users in the US.

This bodes poorly for Twitter’s next big change that launched this morning — the shift to an algorithmically sorted timeline. This puts the most important tweets since you last opened at the top. That should make Twitter more entertaining for people who only check it occasionally. The algorithm could also surface tweets from new users so they feel loved and want to stick around. And finally, knowing the algorithm will bubble up anything they missed might make people more generous about following new users that will add more tweets to their chaotic feeds.

But if Moments didn’t make a real dent in the growth problem, the relatively subtle timeline change might not either. Twitter also announced it plans to fix the @ reply character count problem. Known as the “Twitter Canoe”, the username of each additional person roped into a discussion takes up characters, which are limited to 140, so people have to cram their thoughts into fewer and fewer words.

But again, this is not the kind of fundamental overhaul that would make churned-out users give Twitter another shot.

[Update: There’s also an option #4 — Twitter rears itself for acquisition or being taken private. Google seems like a logical acquirer, as it could use Twitter to enhance YouTube and fill the hole from Google+’s failure.] 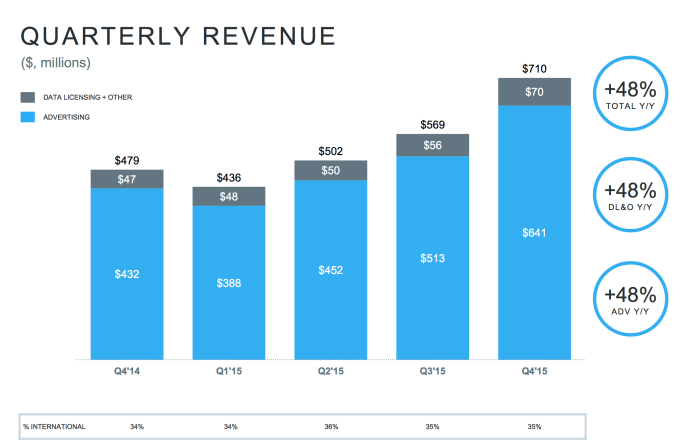 This last one is the only thing Twitter’s proven to be good at. It managed to increase its average ad revenue per user 35 percent this year. While hard-core Twitterers might not want to see more aggressive ads and more of them, it may be the only viable route to becoming a profitable company.

Effectively, the same Twitter diehards that criticize every tweak and change might pay the price for the app’s growth problems. If they love Twitter as much as they say, they’ll put up with whatever ads it has to show them.

Twitter will stay important. Plenty of people like me will love and use it no matter what. But it’s time to consider how Twitter could be a sustainable business without achieving ubiquity any time soon.