Cambridge-based Elemental Machines is a software simulator startup made for the wet lab that hopes to reduce time and costs associated with drug research through data.

It uses data gleaned in the lab to improve experimental reproducibility through simulation and Founders Fund (via FF Angel) thought that a novel enough idea to give Elemental Machines $2.5 million in seed funding.

Founders Fund often invests in ideas that have the potential to radically change the future such as SpaceX, Lyft’s ridesharing technology, and life extension research.

Elemental Machines could boost wet lab research by speeding up drug discovery and identifying better methods for treating diseases in a shorter amount of time by applying data to a cloud-based software platform, allowing researchers to interpret their results in the context of how it was collected.

CEO Sridhar Iyengar compares the technology to having X-Ray vision in the lab. “We’re bringing a technology from one world into another world,” he told TechCrunch. “We are giving scientists an easy, powerful, and cost-effective way to collect and visualize a variety of critical data that traditionally haven’t been taken into account – essentially to debug the lab environment.” 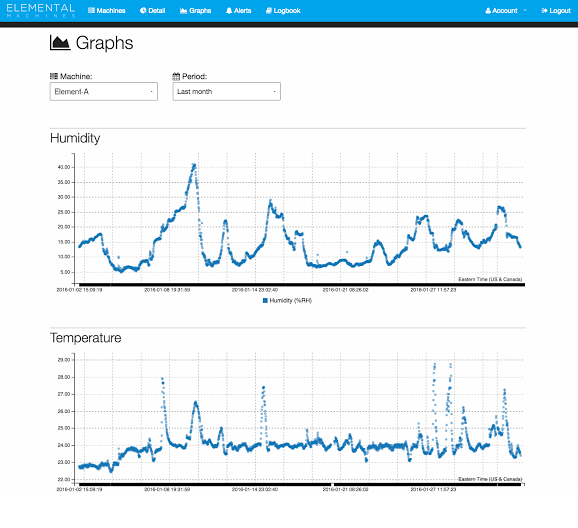 The idea could vastly cut costs in the lab as well. According to Deloitte data, global spending on life sciences research and development is projected to reach $163 billion by 2020 if it stays on the current trajectory. The ability to successfully replicate an experiment and its result greatly reduce resources needed toward R&D over time.

It’s tricky to assign a reduction in overall cost to run a lab and situations will vary depending on the lab, but Iyengar says he’s, at least, heard anecdotally that his software has reduced research time by six months or more for some of his customers.

Elemental Machines comes from a team of scientists with a strong background in wearables and data analytics- they built Misfit, which recently sold to Fossil, and consumer health tech company AgaMatrix, prior to shifting focus to the wet lab.

The idea is similar to another Founders Fund portfolio company – Emerald Lab Therapeutics. Emerald takes in cloud-based orders and runs them through its machines to glean information. Iyengar believes the two are more symbiotic than competitive and says Elemental Machines is really taking on bigger scientific machine operations such as Seimens and GE.

The startup quietly launched almost a year ago and so far has contracts with about 30 companies, including Lab Central.

Other investors in the round include Max Levchin, Project 11 Ventures, 2M Companies and Rock Health.