One of the problems in the early days of the mobile app era was that it wasn’t possible to link to the pages within apps the same way you could link to pages on the open web. But technology has adapted to solve that problem over the years, both on the part of the mobile OS platform makers themselves, as well as via third parties who today provide smarter links to the content within apps for the purpose of boosting app installs, retaining and engaging users, for app marketing, and more.

Palo Alto-based Branch Metrics, is a leader in this “deep linking” space, as it’s called, having attracted major technology companies as customers including Pinterest, Redfin, Hotel Tonight, Jet, BuzzFeed, Ticketmaster, Dubsmash, Coffee Meets Bagel, Home Away and others. Today, the startup is announcing $35 million in Series B funding to continue to grow its business.

To date, the startup has raised $53 million.

The company’s deep linking solution is used by a number of big-name companies as well as smaller developers, in order to direct consumers to specific pages within their native mobile applications. 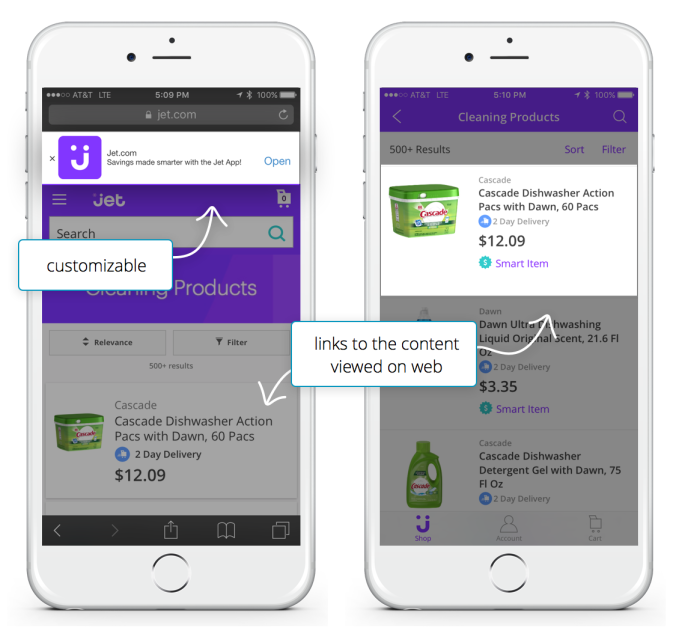 For example, imagine a customer is viewing a product for sale on Jet.com while browsing the mobile site, then clicks on the banner that appears to download and install the Jet application. After they launch the app, they’ll be immediately taken to the same content they were just viewing on the web.

But Branch doesn’t only offer deep links. That’s actually one of several tools the company provides. 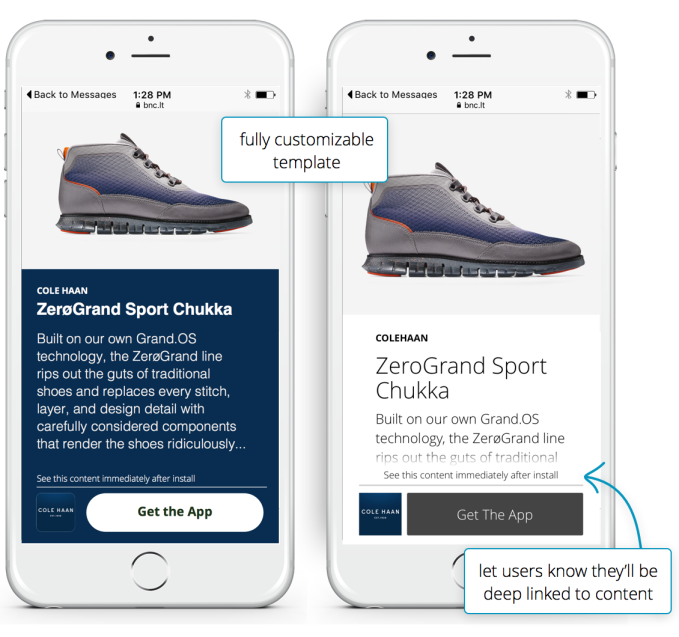 Branch offers hosted web pages, too, which allow users to text themselves links to apps by entering in their phone number. 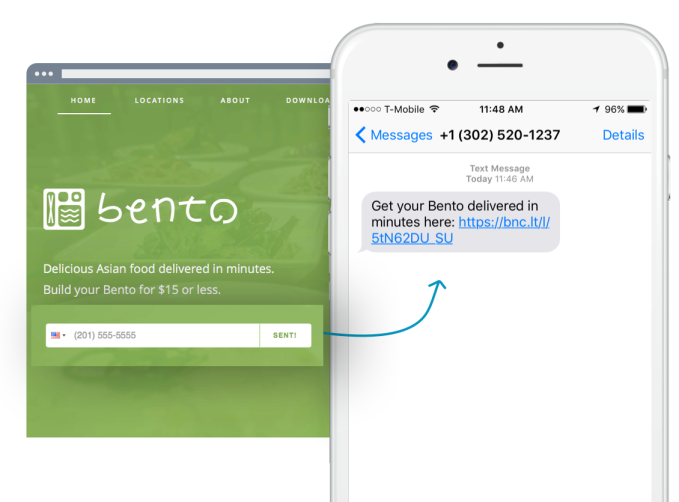 For app marketers, these sorts of tools can aid in things like email campaigns, where they can link to app content, and they can be used to advertise in-app content on the web. Plus, an online dashboard allows marketers to track which content is driving installs, so they can make adjustments.

Branch aids in user engagement and retention, too, with tools for improved app content sharing, and personalization of app content, including customized experiences for new users. 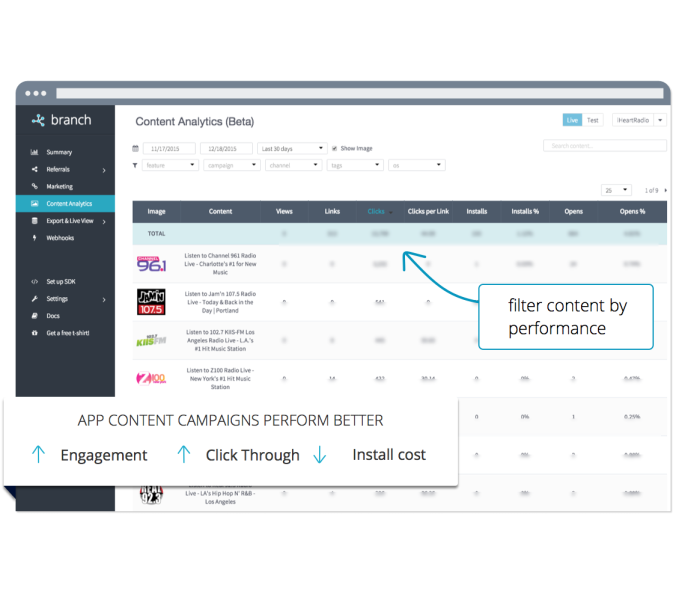 With the app stores growing more crowded every day, and users splitting their attention across a number of native applications, it’s not surprising that the provider of a suite of tools focused on helping app makers acquire, engage, and retain users is experiencing growth.

According to Branch, the company now powers deep linking for over a billion users, up from 6 million a year ago. It also now handles more than 25 billion API calls monthly, up from 780 million last January. And its partners have created 1.6 billion deeplinks, up from 20 million last February.

In the near future, says Branch co-founder and CEO Alex Austin, the company will roll out new tools that will help developers by automatically indexing their apps’ content, then submitting that to Google, which is now indexing apps in its own search engine.

This will allow Branch customers to track their apps’ SEO. The company, whose current set of tools are free, may choose to charge for some of its products in the search space. However, this is not Branch’s main plan when it comes to finally monetizing its business.

Instead, Branch will launch “a discoverability product” later this year. It’s unclear at this time what exactly that will involve, but it’s certainly a riskier bet than simply charging for what are clearly in-demand and powerful tools.

But, says Austin, app discoverability is the real problem he wants to solve.

An app developer himself, Austin explains that he gave up on publishing his own apps to the app store because of exactly this issue.

“I completely lost hope to ever have that app found by anybody,” he says. “It’s painful to see for my own products, but I also now see it in the eyes of the thousands of developers who are using our tools.” (Branch today has over 6,000 apps on its platform, up from around 450 last year.)

While Austin won’t disclose this product’s details, the problem seems reminiscent of how the web itself evolved. First, it was accessed through a directory of links, and when that could no longer scale, the search engine model was introduced.

Every day people access hundreds of websites per week because links are thrown at you all the time, notes Austin. Apps don’t work the same way – even though they’re a better experience on your phone than the mobile web, he believes.

“2016 is the year we start building out the future of the what we think the [app] ecosystem should look like,” says Austin.

The 50-person startup will also use the new funding for hiring, possibly smaller acquisitions (though not adjacent deep linking businesses like Button or URX), and international expansion.