Well, do I have the deal of the century for you! Investors – the smartest investors in the world – are throwing billions at it! The price can only go up! People are flocking from around the globe to get their share! Time is very limited, so you have to act now! It’s so exciting, I even forgot how to use normal punctuation!!!

Then there’s the crash and suddenly, the exclamation points all seem to quietly melt back into the puddle of periods from which they came from.

Since the financial crisis, Silicon Valley has been running on what might be called the Big Venture Formula. It goes something like this: burn capital as fast as it comes to drive growth. Build momentum by hiring employees as quickly as possible. Dominate the media. Sell the vision to each new set of investors (albeit not the numbers!). Avoid disclosures. Stay private as long as possible. Get scale. Go from unicorn to decacorn to centicorn. Prosper.

It’s that last one where things start to go awry.

We all know how the Big Venture Formula is turning out. Just in the past few months, Twitter, Gumroad, Tinder, Groupon, Jawbone, Good Eggs, HotelTonight, and Zomato have all announced layoffs, in some cases amounting to hundreds of people. The performance of technology stocks has been abysmal, with some like Etsy down almost three-fourths from their post-IPO peaks.

Foursquare took a massive cut to its private valuation, Gilt sold for barely what investors put into the company, and Fab and Quirky each managed to blow through hundreds of millions of dollars for essentially zeros.

In short, the Big Venture Formula is really just the inverse of medieval alchemy: it turns gold into rock. 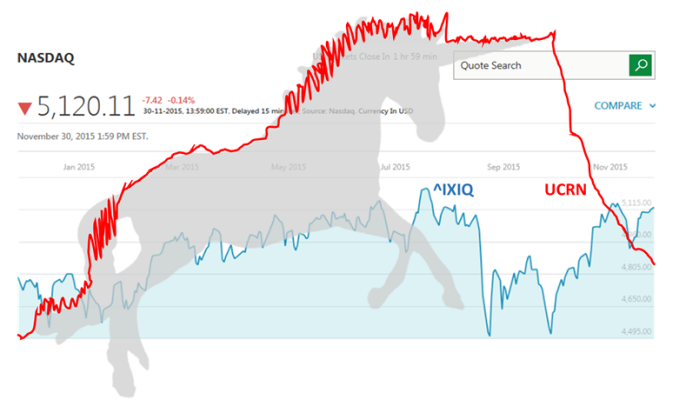 What’s needed is a sustainable approach to startup growth and venture capital. That means much less blitzscaling (whatever the heck that ever was), and lots more heads-down quality thinking to build products that customers actually want and will eventually pay for. We need a new disruptive capitalism that is designed for a much more mature internet market, one that can bring founders, investors, and employees together.

We can’t create a new model of venture without understanding what went wrong with the last one.

At its core, the flaw with the Big Venture Formula can be summed up in one word: frenzy. Founders face incredible pressure to keep up with the fundraising of their peers, so they are constantly seeking capital (or finding it foisted upon them!) Investors race to put money into companies before their valuations spike into unicorn territory, so they are willing to forego certain things (aka metrics) to get ahead of their competitors. Employees are constantly interviewing to seek out the best opportunities.

Undergirding this frenzy are three myths that have percolated through Silicon Valley, but even the slightest critical thinking would alert us to their fallacy. 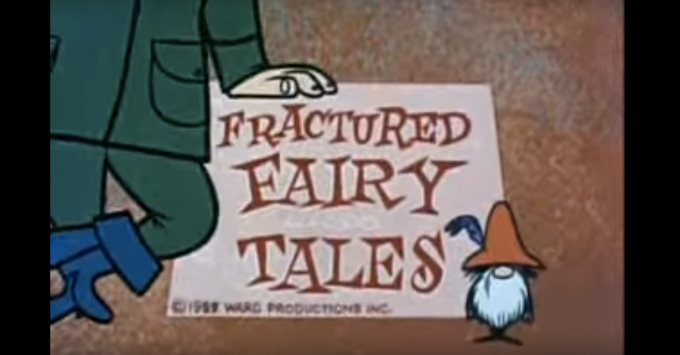 The first myth – and perhaps the most pernicious – is that the disruption economy has no bounds to its growth. “The internet is going to take over everything, and better yet, more than five billion people are still unconnected!” (there’s that exclamation point again!)

Yet, there are obvious limits to growth. Consumers and companies cannot rapidly change their routines, which means that innovations can take generations to diffuse into the real world. Many industries still use paper as their main means of information sharing, despite decades of access to computers and the internet. It’s a mark of shallow product thinking to assume that simply adding an iPad or “the cloud” to the equation will suddenly change that behavior.

With emerging markets, it is not even clear that U.S. companies will have access to them, or even want access. I still hear investors say that companies need to spend more time in China, despite the fact that nearly all major U.S. internet companies are blocked from the country. Billions of other people around the world live in extreme poverty with no education – how exactly are they going to participate in the digital economy and drive unicorn valuations?

The reason why this belief is so pernicious is that it has completely demolished financial discipline among startups and VC firms. It’s the second major myth that created this Big Venture Formula.

There has been a belief among a certain group of venture capitalists that it is worth getting into a startup “at any price,” since the returns in venture are driven by a handful of winners every year, and of course, the internet has no limits to growth. This is tautologically false, and yet, I still constantly hear language in the Valley like “we just need to pay up for this startup” and “the logo will look good on the website.” 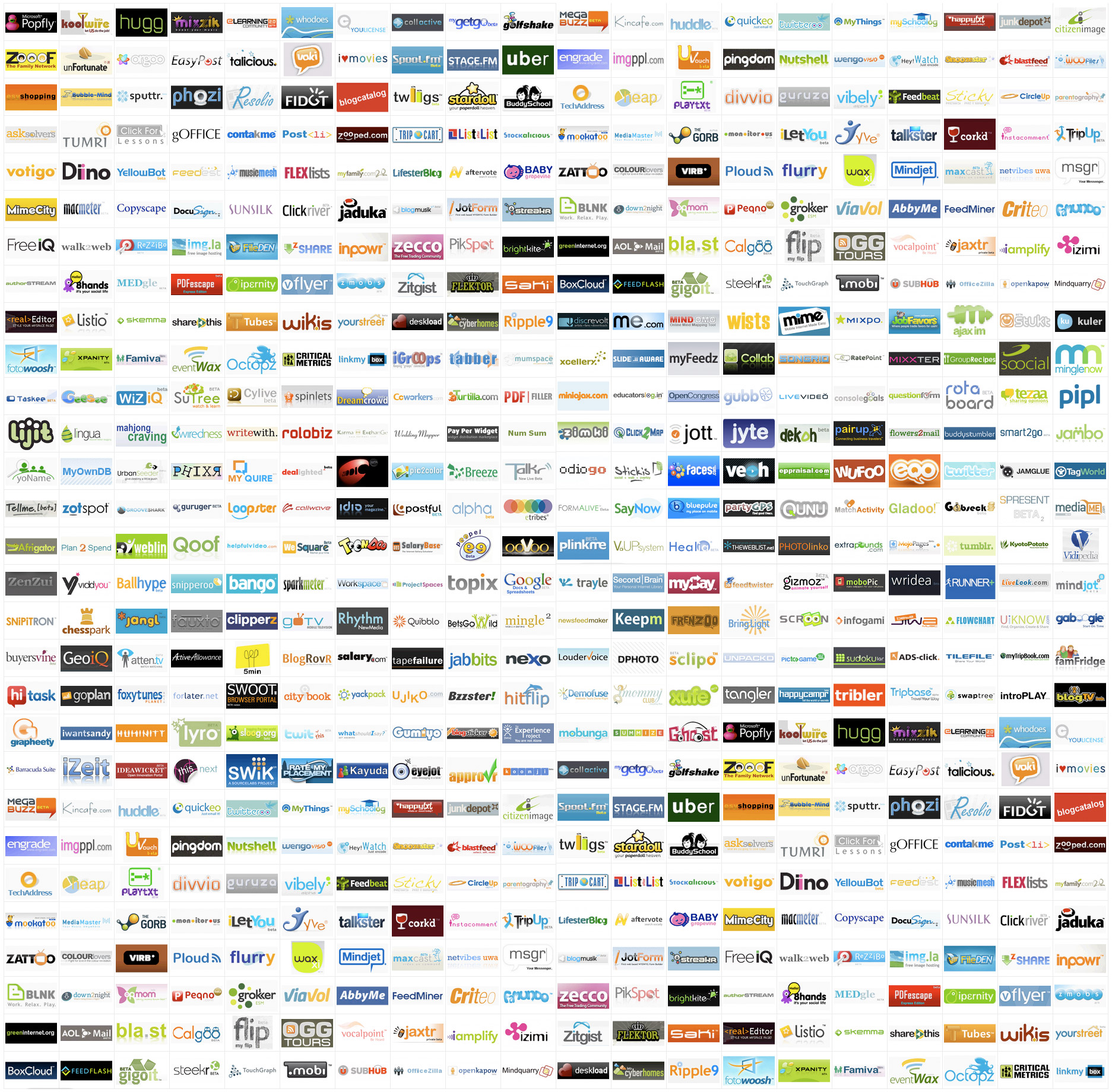 What ever happened to adjusting investments to risk? Valuations for startups should reflect the risk in building the company, and yet, we have seen pre-launched products reaching a unicorn valuation or higher. That is what a frenzy does to otherwise intelligent investors.

The third myth is that scale is everything, and everything should be sacrificed for it. Capitalism may have taken a beating in 2008, but it is amazing to watch the efficiency of the exit market for startups. Technology IPOs had one of their worst years on record, both in terms of new issues, and in the performance of the small number of issues that were actually launched. Global M&A activity hit a new peak this past year, but you wouldn’t know that looking at the tech’s stable of unicorns that remain waiting for a buyer.

Investors outside of venture are not “stupid” nor are they “too conservative.” They see the high growth and increasing scale of our startups. They just don’t see the profits, or even just the sustainability of the business long-term.

So founders and investors try to avoid the public markets by staying within the private market herd. At some point though, all assets eventually return to their fundamental value – even startups. The biggest mistake was to assume that reality would never enter back into the equation.

Of course, the Big Venture Formula is not always wrong. There are some founders – it’s not polite to point them out – who are absolute Big Venture geniuses. They have sold a vision much like Donald Trump has sold real estate and that Mexican wall. Bigger, higher, better? Absolutely not! Biggest, highest, best! (plus, someone else will pay for it!)

I don’t doubt that there are going to be some immensely profitable returns from unicorns. There are now around 150 of them – they can’t all be disasters. The question is whether there is an alternative model that better aligns founders, investors, and employees for growth.

I believe there is. The new model starts with founders being much more conscientious about their products and their businesses.

The internet has been open for business for a little more than twenty years. Startups today are increasingly competing not with the slow technological behemoths of yesterday, but rather other successful startups. Your new CRM platform isn’t competing against paper – it’s competing against Salesforce.

That maturity means products are much harder to whip up in a weekend and launch on Monday. The best startups I see today often spend months with design customers carefully crafting a product capable of competing in a much more intense marketplace. Product quality can’t be something that is simply a priority. It really has to be life itself.

Product quality can’t be something that is simply a priority. It really has to be life itself.

Founders also need to be much more attuned to the dynamics of their business. They need to be more cautious of expenses, whether that be prime San Francisco real estate, or hiring too aggressively in expensive urban areas. You don’t need to outsource the company to Antarctica to save dollars, but it makes sense to be thoughtful on what is necessary versus what is desirable. Scale is really important, but it shouldn’t come at the expense of the company’s viability.

Along the same lines, founders need to think about how to compete effectively. As Reid Hoffman likes to say around his concept of blitzscaling, startups need to move at a blindingly fast speed in order to compete. But that is a work harder, not smarter mentality. There is a peak speed that even the best startups can perform. Try new tactics to acquire customers, and focus on building more compelling products. The sign of a great business is that it is growing rapidly and its employees go home at 5pm.

There is one other component that matters here, and that is the problem of liquidity. Technology companies are taking longer and longer to exit, with venture-backed tech companies now averaging 11 years from start to exit. No one can wait this long, not investors, and certainly not a company’s employees.

It’s time to actively fight the trend of staying private longer. Employees need to have more insight into the company that is paying their bills, and investors need to have more options for liquidity, especially angel investors who often are putting up their own wealth to invest. Yes, Sarbanes-Oxley is a pain, as are value-driven hedge fund raiders, but so is discovering one day that the hundreds of thousands of stock options you exercised are essentially worthless. There are always trade-offs involved, and I think it’s time to reconsider the balance we have struck.

In short, this new model of venture is about being more thoughtful, more deliberate, and less frenzied. This new model may not sound as sexy, and it isn’t. However, it has the potential to build the next great companies, ones that can finally bring the internet to billions more, or can finally erase those last vestiges of paper. Now that sounds like a great deal!(!)(!)