What could be cooler than a name like “Bosphorus Mechatronics?” How about a little box that lets you connect almost anything to anything including wireless connections and rotary input. The board, which can be programmed from Windows or Linux and is called TinyLab, is a tinkerers dream with over 20 I/O and storage options as well as Arduino support.

“Tinylab is especially for lazy ones. If you don’t like mess up with cables, shields and soldering, Tinylab is for you. Just coding! It’s totally compatible with Arduino platform, the defaults libraries can work with it. It has the popular things like displays, buttons, relay, sensors and there are sockets for modules which are popular in IoT ecosystem,” said founder Ahmet Sait Borlak. The system also include XBee and Bluetooth wireless support.

An early bird kit costs $59 and will ship in May.

The team consists of a number skilled hardware hackers and makers. They even founded something called the Makerhane in Istanbul where they created a shop, a maker space, and workshops. They created TinyLab when they realized that it was a lot more fun to build a standard board that they could use over and over rather than connect an Arduino to a bunch of IO connectors. 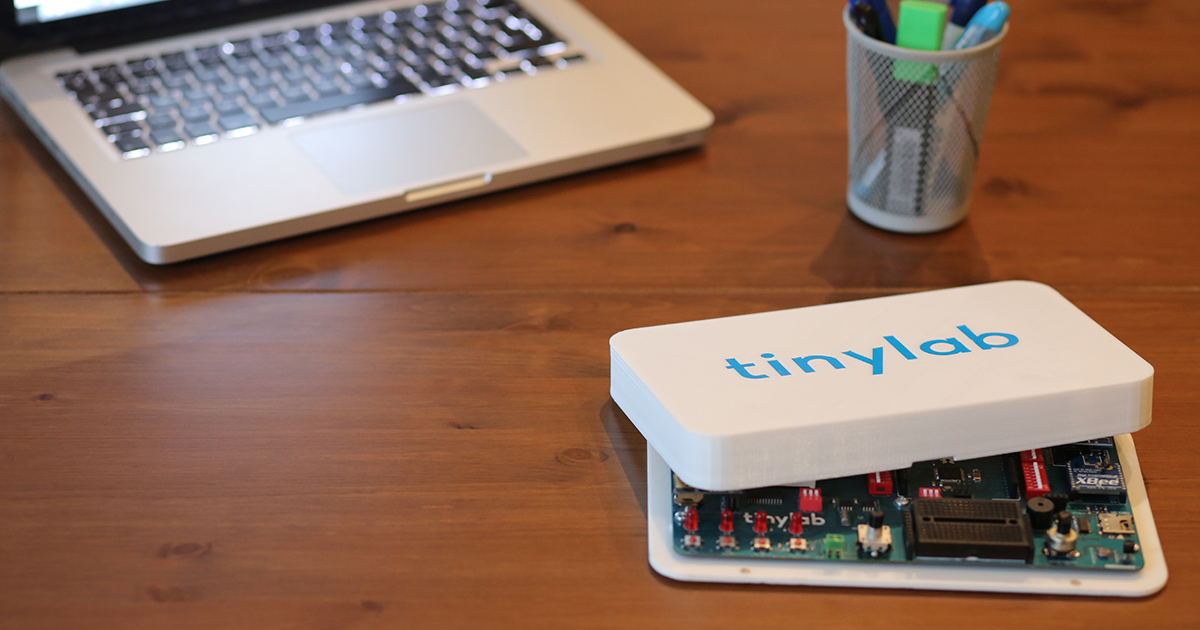 “Arduino is our hero, we mostly design around it and we realized that we use some common components with it generally. Every time, we need to make same circuits to display, send or sense something,” said Borlak. “Using a breadboard turns a torture and using stackable shields doesn’t serve the purpose generally. You need more than three shields but you can’t stack more them together due to pin overlaps. So we think the Tinylab can be the painkiller. So we designed it, used it and love it. So we decided to share it to others. Also, it’s perfect for education. Because it’s compatible with MIT’s Scratch we think it can take place in school laboratories.”

It’s a fun little project and quite geeky. Like Udoo before it this system allows for far more interesting projects to be built without much soldering or fussing with shields and connectors. It makes prototyping easier and, dare we say it, more fun.