According to a report by Re/Code, Google is doubling down on virtual reality, with its VP for product management, Clay Bavor, dropping his responsibilities for other apps like Gmail and Drive to focus solely on Cardboard and VR. 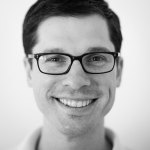 Bavor has been with Google for over 10 years, so trusting this budding unit with him is a massive signal that Google is in it to win it as far as VR goes. Its success with Cardboard, bringing the likes of the NYT into the new medium, is paying off.

The focus on VR will help all of Google’s consumer products, such as YouTube, which is of course dabbling in 360-degree video.

When Cardboard came out ~1.5 years ago, people wondered if it was a joke. Last month, it helped save a baby's life. https://t.co/tS591usFfP

Keeping up with the Facebooks (Oculus) of the world in VR will be essential if Google wants to be considered when it comes to the immersive technology. While the size of the team isn’t known, we do know that a few acquisitions have been clustered together to work on the Cardboard platform.