During all of Twitter’s changes this year, one move stuck out as quite significant…its Chief Communications Officer Gabriel Stricker announced that he was leaving the company. A “shift in strategy” is the way the story went. 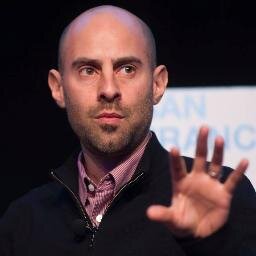 Before Twitter, Stricker held down the role of “Director of Global Communications & Public Affairs” at Google. We’ve learned from multiple sources that he’s going back to the company, now under Alphabet, to focus on one particular area — Google Fiber. He’ll be running communications and public affairs for the group that is spreading like wildfire throughout the US.

So when Gabriel joined the company, it was like ‘Your job: no dying birds on national magazine covers’.

There had been quiet discussions with those close to Stricker about where he’d end up next. Some thought he’d be joining his longtime colleague Marissa Mayer at Yahoo, but it’s clear that there’s more meat on the bone with something like Fiber. It’s just starting to get traction within cities, and the stories about how faster Internet — or Internet for people who have never had it — is making a real difference need to be told.

Stricker, long involved in pushing forward free expression, has confirmed the move in a tweet.

Thrilled: starting 1/4/16 I'll be leading Policy & Comms for @googlefiber in its quest to make the Web better and faster for all. #alphabet

Within the Fiber organization, there will be plenty of opportunities to advance similar movements, as the FCC Chairman once applauded Fiber’s process to bring speedy Internet to as many people as possible.

We’ve reached out to Google for comment and will update if we hear back.

UPDATE: A Google spokesperson has confirmed the move to us.