David Rose Contributor
David Rose is the chief executive officer at Ditto Labs; the author of Enchanted Objects; an MIT Media Lab researcher and a tech-humanist.
More posts by this contributor

For too long, healthcare technology has focused reactively on treating the acutely ill. Instead, our system, and new innovation, should prioritize proactively keeping people well.

The influence of IHI’s “Triple Aim” principles are helping this structural shift, as well as the trend towards performance-based pay, and most dramatically, economic incentives among large employers to drive down risk for better population health management.

So the key question that nearly everyone is asking is this: how can we reliably affect behavior change to increase the well-being of groups large and small, across America? The future of preventative care depends upon the answer.

Beam is one company worth studying. Beam is a new kind of dental insurer that gives its members an Internet-connected toothbrush that syncs with a slick mobile app.

Beam is all about risk. Like many insurers, they want to better price it, of course. But they want to reduce risk too. Payers, as well as providers and patients, benefit equally when optimal health is maintained.

The best clinic is one that you never go to, after all. The best hospital is one that keeps you far away from its campus.

I spoke to Beam’s CEO Alex Frommeyer last week. Long before Beam unveiled its aspirations in group and individual insurance, their team spent years proving that their smart toothbrush and its accompanying application could get people to brush their teeth more often and for longer.

These outcomes underwrote their whole endeavor, both literally and figuratively.

“It starts with the Hawthorne Effect,” said Frommeyer.

For those unfamiliar, the Hawthorne Effect is sometimes referred to as the observer effect, and causes individuals to improve their behavior in response to the basic fact of their being observed in the first place. It is a behavioral psychologist’s version of Peter Drucker’s famous observation that everything measured, improves.

Both are valid, and they are the starting point for everything else. Quantifying behavior enables us to change it.

The trick is that you have to show people their information in the right doses, and at the right times. Alex Frommeyer, Chief Executive, Beam

“What we saw, after lots of iteration, was meaningful behavior change. The trick is that you have to show people their information in the right doses, and at the right times. And that varies it turns out from population to population,” said Frommeyer. “But the fundamentals remain the same. Give me a simple, very accurate feedback loop. Leaderboarding helps. And the frame is important too. How do I compare with my family? Friends? Others like me?”

Two thirds of Beam’s brushing sessions are now two minutes or more, compared with the national average of just 45 seconds. Daily engagement with the app has doubled.

The Hawthorne Effect only takes you so far.

Gamification is a buzzword whose popularity has come and gone. But manifesting its benefits is essential to behavior change, and healthcare is one domain in which games and gaming have been scantily applied.

To that point, I got a demo from Frommeyer of a major recent update to Beam’s software, which adds a gamification layer on top of the data-driven charts and graphs already in place. “Boulders and Band-aids” is a simple, well-made game inside of the new Beam app. Turns, or lives, in the game can only be earned by brushing your teeth.

A natural fit for kids, the company is betting that adults will be equally enticed. Highly-addictive casual games like Doodle Jump and Angry Birds prove less can be more, and that you don’t need the budget of a massive game studio in order to produce something delightful.

Back To The Future
Another great reference point for behavior change in practice is Propeller Health, which is focused on the management of chronic disease, and specifically asthma.

Propeller tracks symptoms remotely and uses COPD symptoms to predictively identify who needs attention, before they begin suffering or return for care.

Their CEO David Van Sickle told me in an email interview for this article that for them the key to changing behavior when it comes to chronic disease is looking forward, not back. Patients suffering from chronic disease are more likely to be adherent, but their regimens are time-consuming, and tedious. It’s hard to stay perfect for a long period of time, no matter how good your intentions.

But what makes Propellor special is that it doesn’t just give me a beautiful-at-a-glance view about the past. It is actively engaged in understanding the future.<

It is far more motivating to change my behavior when I feel as though I can change the course. Knowing how likely I am to flare and what I can do to prevent that outcome is empowering. Knowing that I ought to focus on doing one or two specific things really well makes me more likely to attain the result I want. 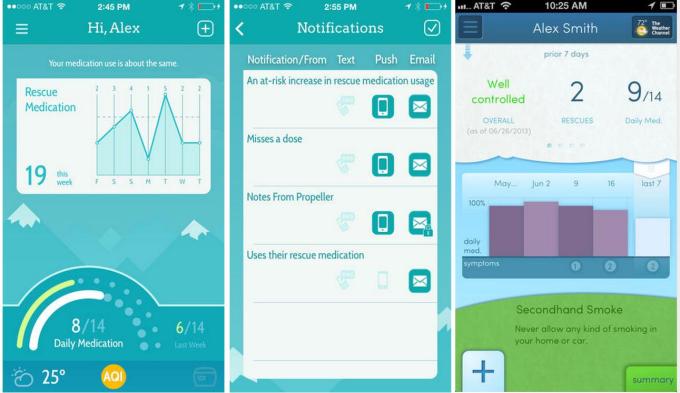 Digital platforms like his, Van Sickle explained, make it possible for people to look after their chronic disease with less effort. Computers can do the heavy lifting of crunching data, identifying trends, and detecting anomalies. Patients ought just worry about simple, straightforward recommendations that have a big impact.

Simplifying what is otherwise a massively complicated world can make a huge difference in terms of behavior. “We believe that the more you can streamline and support self-management, the easier it becomes for individuals to live beyond their expectations, participating fully in the activities they choose.”

Honey, I Shrunk The Habit

Both Beam and Propeller leverage new smart devices uniquely tuned to their specific use cases. The great promise of the Internet of Things, and the many wellness-oriented wearables and smart medical devices that have come with it, is, however, threatened by a high rate of abandonment.

One-third of American consumers who have owned a wearable stopped using it within six months, according to research from Endeavour Partners. That group also concluded that while one in 10 adults own an activity tracker, half of them no longer use it. Why?

The answer is very likely that smart devices, home monitors, wearables and more ask too much of us. Similarly to how Beam endeavors to make things fun, and Propellor tries to make things easy, it’s also important, it turns out, to make things small.

The most prominent hedge against these trends comes from Stanford University and Professor BJ Fogg’s efforts in behavior design.

Specifically, his “Tiny Habits” concept points the way towards sustainable health improvements by proving that baby steps essentially‒the smaller the better‒have the power to make big, compounding impacts. You can read more about “Tiny Habits” here.

Essentially, change must happen in the smallest chunks notionally possible. Fogg’s philosophy is that “goals are harmful unless they guide you to make specific behaviors easier to do. Don’t focus your motivation on doing Behavior X. Instead, focus on making Behavior X easier to do.”

Fogg’s principles can be seen at play in everything from at-home care regimens from the likes of PatientIO and HealthLoop, to virtual fertility apps like Conceivable, to Siri-like health coaches like Alme. 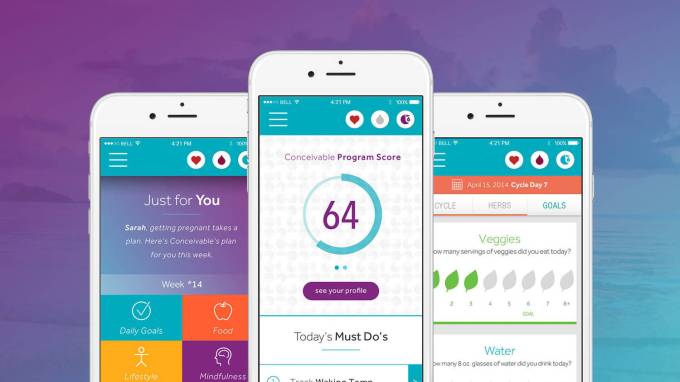 I’ll be the first to admit that no amount of shaming from my dental hygienist actually motivated me to brush and floss as prescribed. Negative feedback doesn’t get the job done for most people.

We don’t have a science problem in healthcare today, we have a behavior problem. We’re not nearly good enough at changing our behavior, pure and simple. We have a “doing what the science says” problem. New lines of thought are needed, such as the approaches I describe above, and more.

Nope. Preventative care is too closely coupled with more care. More check-ups and check-ins increases the likelihood that we’ll catch something bad in the early stages, but it does nothing to engage and reward patients in the daily grind of forming and maintaining healthy habits.<

Great health is really made up of day to day choices, made when no one else is watching. The future of healthcare lies in the trenches, not in the clouds.