Hi, I’m the founder and CEO of SpongeBath and we are running an exciting Kickstarter campaign: SpongeBath — The Revolutionary SpongeHolder. It’s the first designer sponge holder that will store, clean & sanitize sponges. Its patented technology will make homes cleaner & safer.

I’m calling it. Peak crowdfunding. The ratio of overcooked concepts to ideas that might genuinely be called ‘revolutionary’ has long been skewed on crowdfunding platforms, but when a “founder” is pitching a “revolutionary” sponge holder with a straight face a line has surely been crossed.

We’ve had some peak crowdfunding moments before. Last year’s potato salad springs to mind. But that was a joke/performance art. SpongeBath isn’t even ironic. At least, I don’t *think* it is. (In fact, at the time of writing, it’s attracted more than $35,000 in Kickstarter pledges and looks about as plausible as, well, a sanitizing-sponge-holder-in-the-making can.)

Crowdfunding is debt. It’s a way to pre-sell an idea to raise the money to pay for making the thing you think is a good idea. Along the way you get to figure out whether it really is a good idea or not because people vote with their wallets.

On the one hand that’s very democratic. On the other we arrive at SpongeBath and its over-enthusiastic washing up regime-changing claims.

Maybe there has always been marketing. But crowdfunding is marketing without the costs associated with producing the thing you’re trying to sell. So it’s unfettered marketing. Marketing divorced from fiscal responsibility. Sans sanity-checking.

All you need is a few bucks to mock up a prototype/render and few more to make a video where you pretend your vapourware already exists — perhaps photographing it positioned on some rugged rocks overlooking a sun-soaked ocean — and off you go. Just add a liberal sprinkling of marketing buzzwords, hit ‘publish’ on your “revolutionary” crowdfunding campaign and watch the pre-orders roll in. Or not.

And so, in recent months, TechCrunch has been sent emails touting… 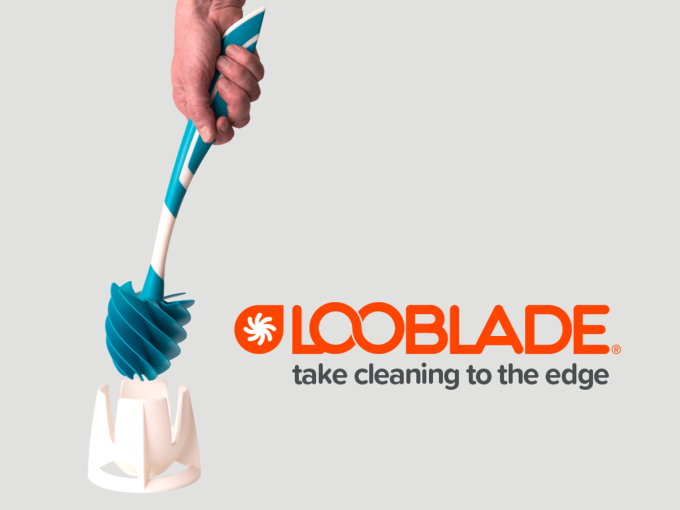 And that’s just a very small sample from the pitch inbox.

Thing is, the more SpongeBaths there are, the more “revolutionary” toilet cleaners and sweat-free pants crowding out crowdfunding platforms, the more likely the entire category will become saturated with its own tedious noise pollution.

Perhaps this is the inevitable evolution of crowdfunding. A concept that was uncorked in a fizzy dream of democratized creativity — a place where unconventional artists could stretch their long legs and round-pegged folk find fit in a square-holed world — wakes up from a period of delirious euphoria to discover all the booze has gone flat and a bunch of earnest strangers are sitting on the living room sofa discussing their favorite James Blunt songs.

This is crowdfunding moving inexorably into the middle of the road.

It feels akin to how early eBay became bogged down with identikit mass production inventory and a playbook of bidding scam schemes. The rule of thumb appears to be something like ‘if you build it, the dross will come’.

In the pre-digital era, SpongeBath might well have appeared in the (now defunct) Innovations Catalogue, where earlier iterations of other such ‘revolutionary’ gizmos — e.g. extendable window cleaners, portable paper shredders, snore-stoppers, one-size-fits-all galoshes, fur-lined vibrating golf club covers and so on and on and on — were born in ink only to die in the paper recycling bin, along with the previous year’s barely thumbed Yellow Pages.

This kind of stuff is more ‘incidental’ and ‘incremental’ than innovative. It’s a joke to call it revolutionary.

Crowdfunding websites are fast becoming the standard bearers for all the niche clutter aiming to twist a buck out of over-saturated consumer product spaces. Often these are products of dubious utility. Just occasionally they may be a little ingenious. Most often they’re just mundane. Whatever they are, crowdfunding as a category is becoming synonymous with a sea of less-than-fantastic plastic and its attendant tone-deaf marketing.

Sure, there are still some gems among all the dross. But if you have to sift through the equivalent of 100 self-retracting selfie sticks to find one Raspberry Pi desktop computer prototype worth dreaming about that’s a pretty tedious ratio. And judging by the pitch emails TechCrunch gets, crowdfunding platforms are awash with an awful lot of dross these days. We can’t be sure because frankly we got tired of hearing so many nonsensical claims.

So here’s to the real dreamers still pitching their ideas into the public cauldron — and hoping to stand out amid a sea of dross. Good luck! The rest of you, please think really really long and hard before contributing to the noise pollution. You’re certainly contributing to my sense of crowdfunding fatigue.