If you happened to have flown out of San Francisco to Seattle on Virgin America last week, or back last night, you might have noticed me. I was the guy with the big helmet on his dome, swinging his head around like a weirdo. I didn’t see you, though. For all I know, I was on the flight alone (sorry to April, who sat right next to me).

I fly a lot for work, be it a quick two hours or less to Seattle to 10+ hours to Germany, and everything in between. I don’t really like to fly all that much, and I’m not sure that a lot of people enjoy it either. Everyone has their list of things to bring on a flight and their own little routine to make them feel as comfortable, and entertained, as possible. Speaking of Virgin America, their in-flight entertainment is amongst the best you can find for flying to your destination.

I brought the Samsung Gear VR with me for this trip and there’s no looking back. I hope to never fly without being able to hop into virtual reality again.

I suck at flying on passenger planes. Can’t sleep on a plane to save my life. I tense up. I fiddle. I’m easily distracted, so watching movies or playing a game on my phone usually goes out the window thirty minutes into the flight. If there’s Wi-Fi available, I usually buy it since I get incredibly bored fast. I’ll check some emails, tweet about flying, check Instagram. Basically, the same crap I do with idle time on the ground. It’s not enjoyable. 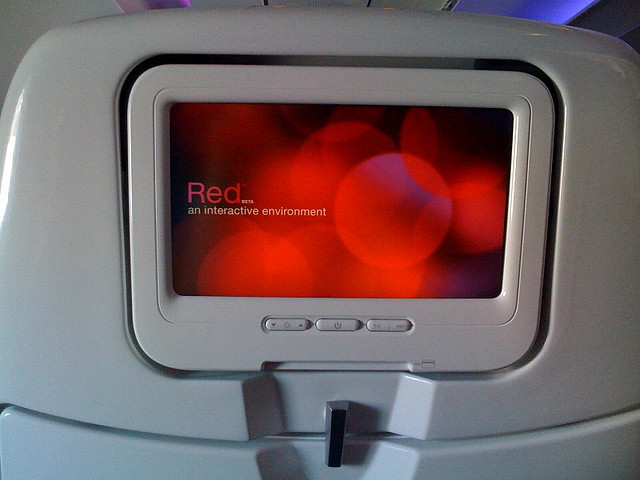 On really long flights, I even walk up and down the aisle to see what other people are watching on the seat in front of them, hoping to get an idea that will help me waste away the time until we land. It’s a sad situation.

If I’m flying with someone, this time it was my significant other April, I don’t really like to chat. She watched an entire movie, something I rarely do unless it’s something I’ve been putting off seeing until I have nothing else to do…like be on a plane. If I’m sitting next to a stranger, I’m even less chatty.

This time, I had another option. A different world, or worlds.

Get me off of this plane

Turning on the phone, a Samsung S6 Edge+ in my case, snapping it into the Gear VR, plugging in my headphones, and turning on the Bluetooth controller took all of two minutes. No Wi-Fi needed either, since my Oculus Store library is pretty full with games and experiences that don’t require connectivity. Plus, most plane Wi-Fi blocks things like Netflix, so watching a movie wasn’t an option. Again, I probably wouldn’t have done it anyways. 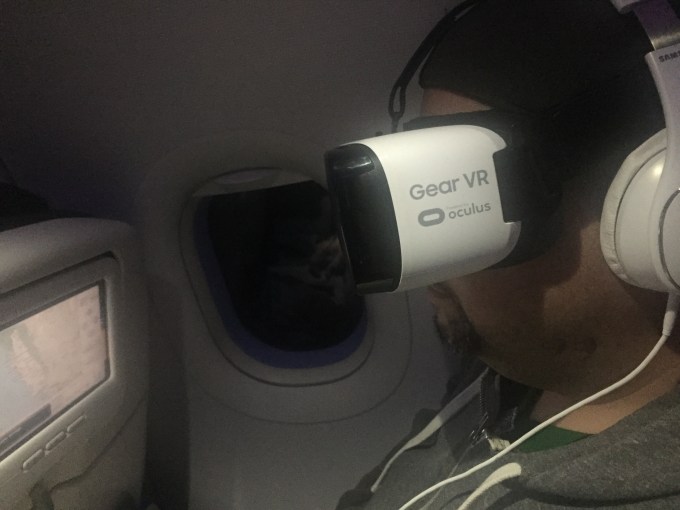 Usually I’ll order a drink and a snack, fiddle around with the map to see where we are, how fast we’re going and when we’ll land. Not this time. I slapped the Gear VR on my head and went away into a far off land.

I cannot stress enough that you need a good pair of headphones, noise-cancelling if you can swing it, to make the experience whole.

There are a few games that I can’t put down on the Gear VR, one of them being Bandit Six: Salvo by Climax Studios. So that was my go-to.

Over there, over there!

Once you’re jacked in, headphones on, you’re no longer on a plane. I don’t say that to make it sound like something it’s not. You’re literally within the Oculus world and the gentle motion of the plane (if you’re lucky) is a nice addition to the experience.

The game I chose is ironically one where you have to shoot all kinds of military opposition…including planes. Once I got over the weirdness of shooting a plane while on a plane, I was just fine. In the game, helicopters fly all around you, so of course you’re turning your head to each side and sometimes behind you. Yes, I’m sure I looked like an absolute asshole.

I’m not super into gaming, but it’s pretty impossible to not get into what you’re doing on the Gear VR. I thought I’d hop around between games, but I didn’t. I just kept playing. I forgot about the world around me, the people around me, the random chatter that usually takes me off task, and the wondering when we’d land. A few times I heard announcements over the loud-speaker but didn’t bother to move my headphones to the side because I simply didn’t care. 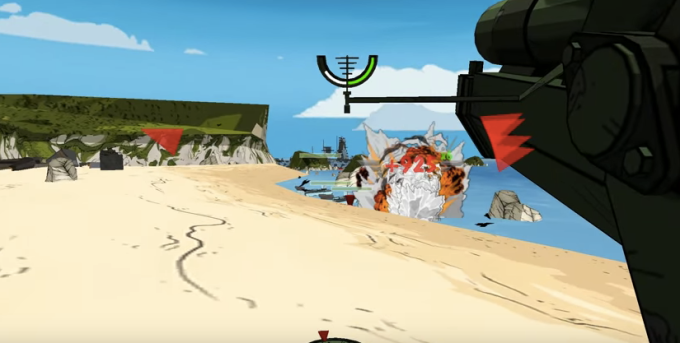 Since your head controls the gun turrets, I’m pretty sure that the flight attendants thought I was having a seizure or something. But again, I didn’t care. I was enjoying myself, unaware of my surroundings for the most part. On the way back I didn’t even bother drinking my customary vodka drink. I did find myself having to re-center the view every once in a while…which might have had something to do with the mild jostling of the plane.

April didn’t care because she was engrossed in the movie she was watching. A few times I held her hand to let her know that I hadn’t completely gone off the deep end, but other than taking the silly picture of me above, she was happy that I was content.

Is Virgin America or others going to offer VR to every passenger? Not yet. It’s an expensive thought, even if they had a wired experience that required the use of their existing entertainment system. Even then, I doubt they have the horsepower to run something like a real Oculus Rift headset. That’s why Gear VR did the trick, it’s completely mobile.

There are downsides though, especially the battery. If you can’t recharge your phone, you’re not going to get 10 hours out of this thing. I used it for about an hour and a half straight and that sucked up 40% of my phone’s battery. Unfortunately, you can’t swap out batteries on the S6 Edge+. Even then, it’s not crazy to think about grabbing a Gear VR and a phone with moments like this in mind. A long flight, train ride or backseat jaunt in a family car would be ridiculously enhanced with this type of entertainment.

Sure, it sounds like a big “duh” that VR would suit flight travel. I’ve often joked about paying more for a seat that doubled as a sound-proof pod, under the plane, where nobody bothered me for the duration. Don’t need it now, just a little trickery for my brain.

When I got the elbow that it was time to land I was kind of bummed that I had to come back to the big tin plane in the sky that was about to land. I could have played for a few more hours. I imagine others have had the same experience.

If airlines aren’t looking at experiences like this for the future of their in-flight entertainment they’re going to be left behind in the dust. I’d quickly pay a bit more for a setup that was there waiting for me once I boarded. But until then, the mobile Gear VR will do just nicely.